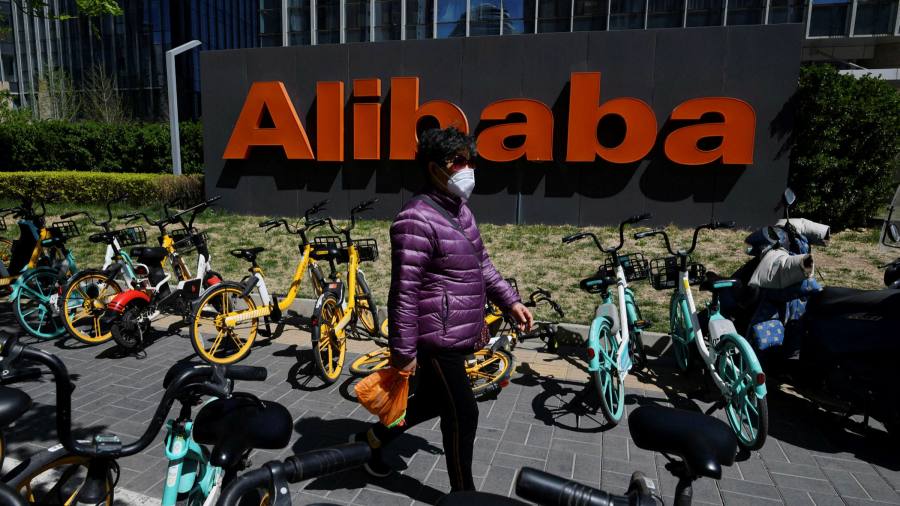 Alibaba shares sold off on Tuesday following a Chinese state media report that an individual surnamed “Ma” had been detained, pushing down Chinese technology stocks that had been expected to rally on the promise of support from Beijing.

Shares in the Chinese ecommerce giant fell as much as 9.4 per cent at the open in Hong Kong following the report. The shares later pulled back to finish the day almost 2 per cent lower after China’s state broadcaster CCTV amended its one-sentence dispatch to indicate the individual was not Alibaba’s billionaire founder Jack Ma.

People familiar with the situation confirmed Jack Ma was not the person referred to in the report. The Global Times, a Chinese state-run nationalist tabloid, said the suspect in question worked for an IT company and had started an online group seeking to “split up the country and subvert the state”.

But the initial CCTV report that authorities in Hangzhou, the eastern city where Alibaba has its headquarters, suspected an unnamed “Ma” of using the internet to endanger national security rattled traders in Hong Kong. They had been ready to snap up Chinese tech stocks following a pledge from officials late last week that Beijing’s prolonged crackdown on the sector was drawing to a close.

“China imposed quite a lot of draconian policies on the tech companies and now everyone is on alert — if anything happens, they dump the stocks,” said Louis Tse, managing director at Hong Kong-based Wealthy Securities.

Tse said the CCTV report had undone a rally for tech shares anticipated in the wake of a statement from China’s politburo, which had pledged to wind down the unprecedented crackdown on the sector as policymakers sought to cushion the economic blow from an extended Covid-19 lockdown in Shanghai, the country’s financial capital.

Alibaba’s stock is down 54 per cent and has shed more than $340bn in market value since the end of June last year, when ride-sharing platform Didi Chuxing pushed ahead with an initial public offering in New York despite warnings from officials over data security concerns.

The ensuing crackdown at one point wiped about $2tn off the market capitalisation of Chinese tech groups and has frozen almost all offshore tech IPOs in New York and Hong Kong.

The politburo statement, released late on Friday, did provide a shot in the arm to Chinese tech stocks on Wall Street, where the Nasdaq Golden Dragon index rose 2.4 per cent on Monday. Alibaba’s New York-listed shares had closed more than 4 per cent higher.

But in Hong Kong on Tuesday the Hang Seng Tech index of large Chinese tech stocks traded in the territory shed 1.4 per cent, with traders shying away from the sector in the absence of more concrete evidence that the crackdown had truly ended. Added Tse: “After all, to see is to believe, right?”