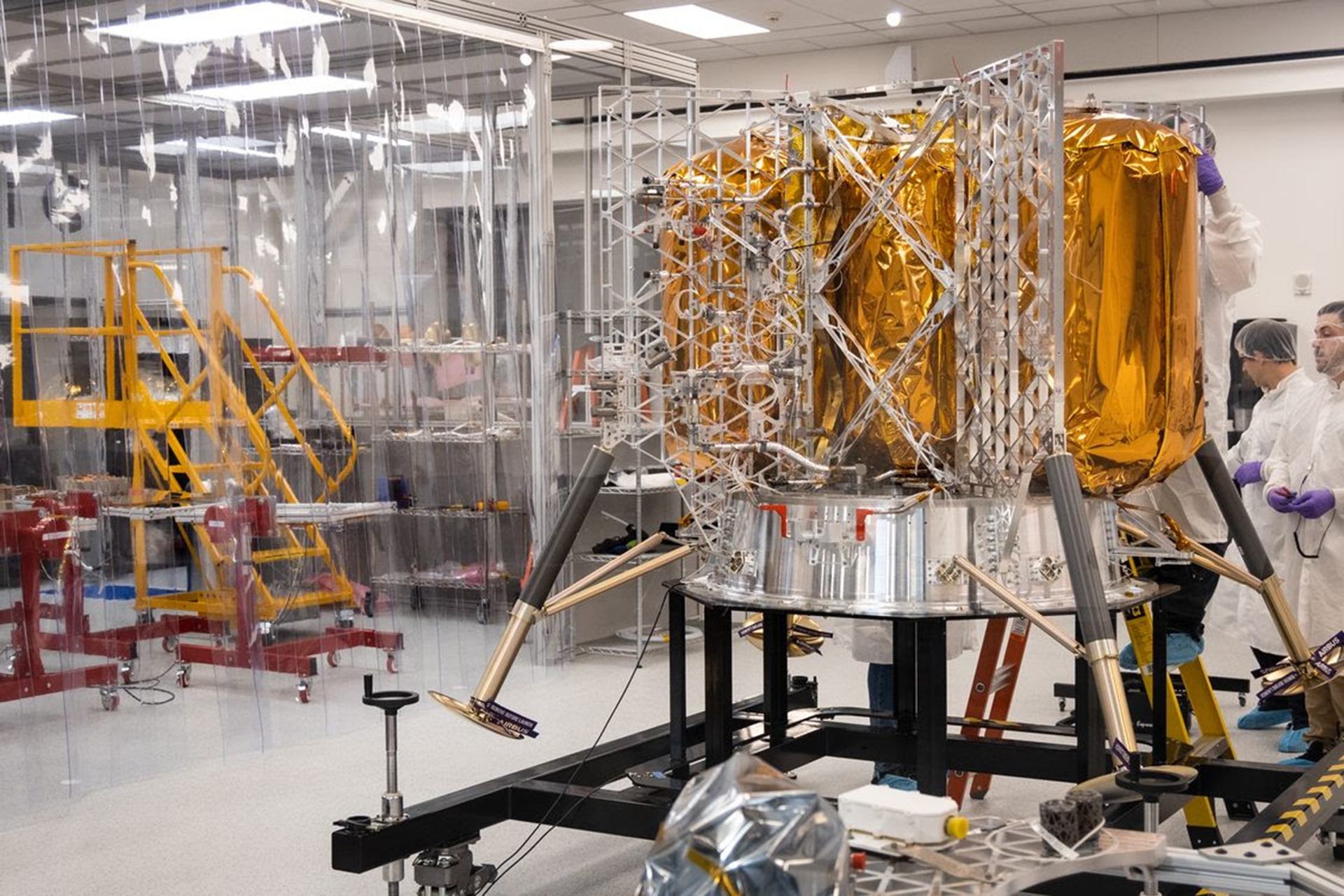 Astrobotic has finally offered a good look at the vehicle that will carry scientific payloads to the lunar surface. The company has revealed the finished version of the Peregrine Moon lander ahead of its launch in the fourth quarter of the year. It’s an externally simple design that resembles an upside-down pot, but that will be enough to carry 24 missions that include 11 NASA items, a Carnegie Mellon rover, private cargo and even “cultural messages” from Earth.

Peregrine is slightly over 6 feet tall and can hold up to 100kg (about 220lbs on Earth). More importantly for customers, it’s relatively cheap— it’ll cost $1.2 million per kilogram to ferry payloads to the Moon’s surface ($300,000 to orbit). That sounds expensive, but it’s a bargain compared to the cost of rocket launches. SpaceX is currently charging $67 million for each Falcon 9 launch, and that ‘only’ reaches Earth orbit.
The Astrobotic team still has to finish integrating payloads, conduct environmental testing and ship Peregrine to Cape Canaveral, where it will launch aboard a ULA Vulcan Centaur rocket. The payloads are already integrated into the flight decks, however.

The machine should make history if and when it’s successful. Peregrine is expected to be the first US spacecraft to (properly) land on the Moon since the Apollo program ended. Past missions like Lunar Prospector, LCROSS, GRAIL and LADEE all ended with deliberate crashes. Astrobotic’s effort won’t be quite as momentous as the crewed Artemis landing, but it will help mark humanity’s renewed interest in a lunar presence.