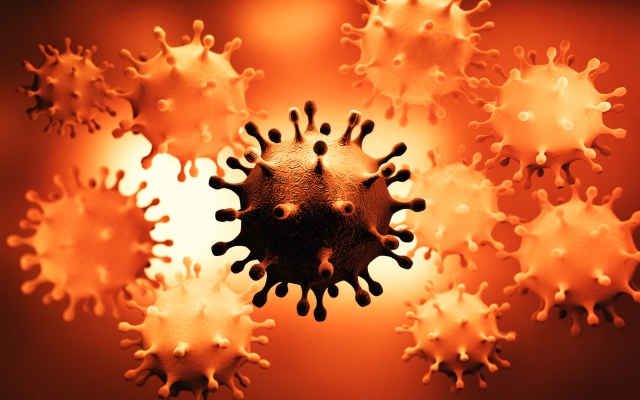 Bringing order and understanding to unstructured information located across disparate silos has been one of more significant breakthroughs of the big data era, and today a European startup that has built a platform to help with this challenge specifically in the area of life sciences — and has, notably, been used by labs to sequence and so far identify two major Covid-19 variants — is announcing some funding to continue building out its tools to a wider set of use cases, and to expand into North America.

Talis Capital and Speedinvest co-led this round, with participation also from previous backer BoxOne Ventures and a grant from the Chan Zuckerberg Initiative, Mark Zuckerberg and Dr. Priscilla Chan’s effort to back open source software projects for science applications.

Seqera — a portmanteau of “sequence” and “era”, the age of sequencing data, basically — had previously raised less than $1 million, and quietly, it is already generating revenues, with five of the world’s biggest pharmaceutical companies part of its customer base, alongside biotech and other life sciences customers.

Seqera was spun out of the Centre for Genomic Regulation, a biomedical research center based out of Barcelona, where it was built as the commercial application of Nextflow, open-source workflow and data orchestration software originally created by the founders of Seqera, Evan Floden and Paolo Di Tommaso, at the CGR.

Floden, Seqera’s CEO, told TechCrunch that he and Di Tommaso were motivated to create Seqera in 2018 after seeing Nextflow gain a lot of traction in the life science community, and subsequently getting a lot of repeat requests for further customization and features. Both Nextflow and Seqera have seen a lot of usage: the Nextflow runtime has been downloaded over 2 million times, the company said, while Seqera’s commercial cloud offering has now processed more than 5 billion tasks.

The Covid-19 pandemic is a classic example of the acute challenge that Seqera (and by association Nextflow) aims to address in the scientific community. With Covid-19 outbreaks happening globally, each time a test for Covid-19 is processed in a lab, live genetic samples of the virus get collected. Taken together, these millions of tests represent a goldmine of information about the coronavirus and how it is mutating, and when and where it is doing so. For a new virus about which so little is understood and that is still persisting, that’s invaluable data.

So the problem is not if the data exists for better insights (it does); it is that it’s nearly impossible to use more legacy tools to view that data as a holistic body. It’s in too many places, and there is just too much of it, and it’s growing every day (and changing every day), which means that traditional approaches of porting data to a centralized location to run analytics on it just wouldn’t be efficient, and would cost a fortune to execute.

That is where Segera comes in. The company’s technology treats each source of data across different clouds as a salient pipeline which can be merged and analyzed as a single body, without that data ever leaving the boundaries of the infrastructure where it already exists. Customised to focus on genomic troves, scientists can then query that information for more insights. Seqera was central to the discovery of both the alpha and delta variants of the virus, and work is still ongoing as Covid-19 continues to hammer the globe.

Seqera is being used in other kinds of medical applications, such as in the realm of so-called “precision medicine.” This is emerging as a very big opportunity in complex fields like oncology: cancer mutates and behaves differently depending on many factors, including genetic differences of the patients themselves, which means that treatments are less effective if they are “one size fits all.”

Increasingly, we are seeing approaches that leverage machine learning and big data analytics to better understand individual cancers and how they develop for different populations, to subsequently create more personalized treatments, and Seqera comes into play as a way to sequence that kind of data.

This also highlights something else notable about the Seqera platform: it is used directly by the people who are analyzing the data — that is, the researchers and scientists themselves, without data specialists necessarily needing to get involved. This was a practical priority for the company, Floden told me, but nonetheless, it’s an interesting detail of how the platform is inadvertently part of that bigger trend of “no-code/low-code” software, designed to make highly technical processes usable by non-technical people.

It’s both the existing opportunity, and how Seqera might be applied in the future across other kinds of data that lives in the cloud, that makes it an interesting company, and it seems an interesting investment, too.

“Advancements in machine learning, and the proliferation of volumes and types of data, are leading to increasingly more applications of computer science in life sciences and biology,” said Kirill Tasilov, principal at Talis Capital, in a statement. “While this is incredibly exciting from a humanity perspective, it’s also skyrocketing the cost of experiments to sometimes millions of dollars per project as they become computer-heavy and complex to run. Nextflow is already a ubiquitous solution in this space and Seqera is driving those capabilities at an enterprise level – and in doing so, is bringing the entire life sciences industry into the modern age. We’re thrilled to be a part of Seqera’s journey.”

Although medicine and life sciences are perhaps Seqera’s most obvious and timely applications today, the framework originally designed for genetics and biology can be applied to are a number of other areas: AI training, image analysis and astronomy are three early use cases, Floden said. Astronomy is perhaps very apt, since it seems that the sky is the limit.

“We think we are in the century of biology,” Floden said. “It’s the center of activity and it’s becoming data-centric, and we are here to build services around that.”

Seqera is not disclosing its valuation with this round.