Lego should snap up this rapid-fire brick-finding iOS app 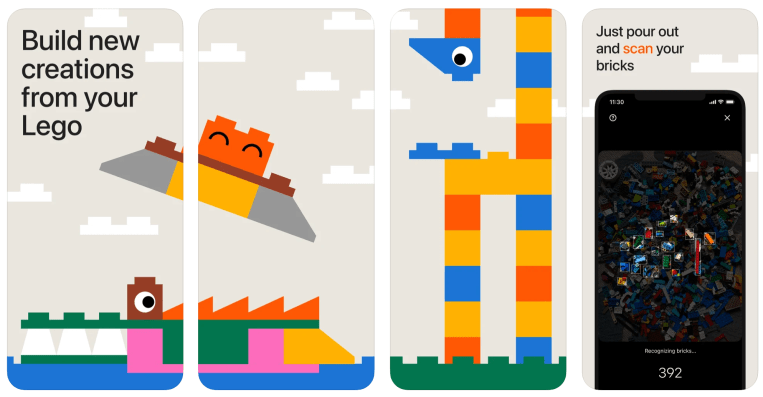 Lego has worked extremely closely with Apple over the years, experimenting with unreleased iOS tech and demoing it onstage at launch events like WWDC; this has included some pretty heavy tinkering on the augmented reality ARKit platform that they’ve integrated several of their play sets with, adding digital experiences to the physical toys.

But one of the most impressive integrations between iOS tech and physical Lego bricks just popped up on the App Store, and it’s built by a team of fans. The new app Brickit is aiming to one-up what even the Lego Group has created with an app that uses computer-vision tech to quickly make sense of a mountain of bricks.

All users need to do is haphazardly dump Legos into a single layer on the floor. From there the app is able to quickly analyze and identify bricks in the collection and serve up some fun little projects that users have all or most of the bricks they need to build. The most impressive element of the app is its speed — the app is able to make sense of hundreds of bricks in a pile within seconds.

While I unfortunately don’t have access to a pile of Legos at the moment, a TechCrunch colleague demoed the app on iOS and had similarly smooth results to the demo above, with some added loading time in between discovery and when users are able to scroll through suggested projects. While navigating instructions, users are even pointed to the area in the brick pile that a particular needed piece is in.

What the Brickit team has done highlights the power of object recognition in the latest versions of iOS in a way that’s surprisingly useful for this very, very niche use case.

As is, the app is a bit limited by the fact that it’s a third-party design. The App Store’s disclaimer page is quick to specify that this is not an app built by the Lego Group and that its developers are just fans of the product, not employees of the company. Hopefully that’s enough to prevent Lego from overzealously siccing its lawyers on them, but given the app’s impressive use of Apple hardware, it really seems like the company would be better off acquiring the app.

There’s a lot more that Brickit could do with first-party access, mainly in terms of access to integrations with existing libraries of Lego instructions. With Lego’s 2019 acquisition of BrickLink, it’s clear the company has been aiming to capture more of the community fandom around aftermarket creations. Allowing the company to build up a database of the actual bricks that a user has in their possession, thus gaining some insights into the collections of sets that they own, would undoubtedly be valuable data to Lego.

For now the Brickit app is limited to iOS, but the company’s website indicates the team has aims to launch an Android app by the fall.