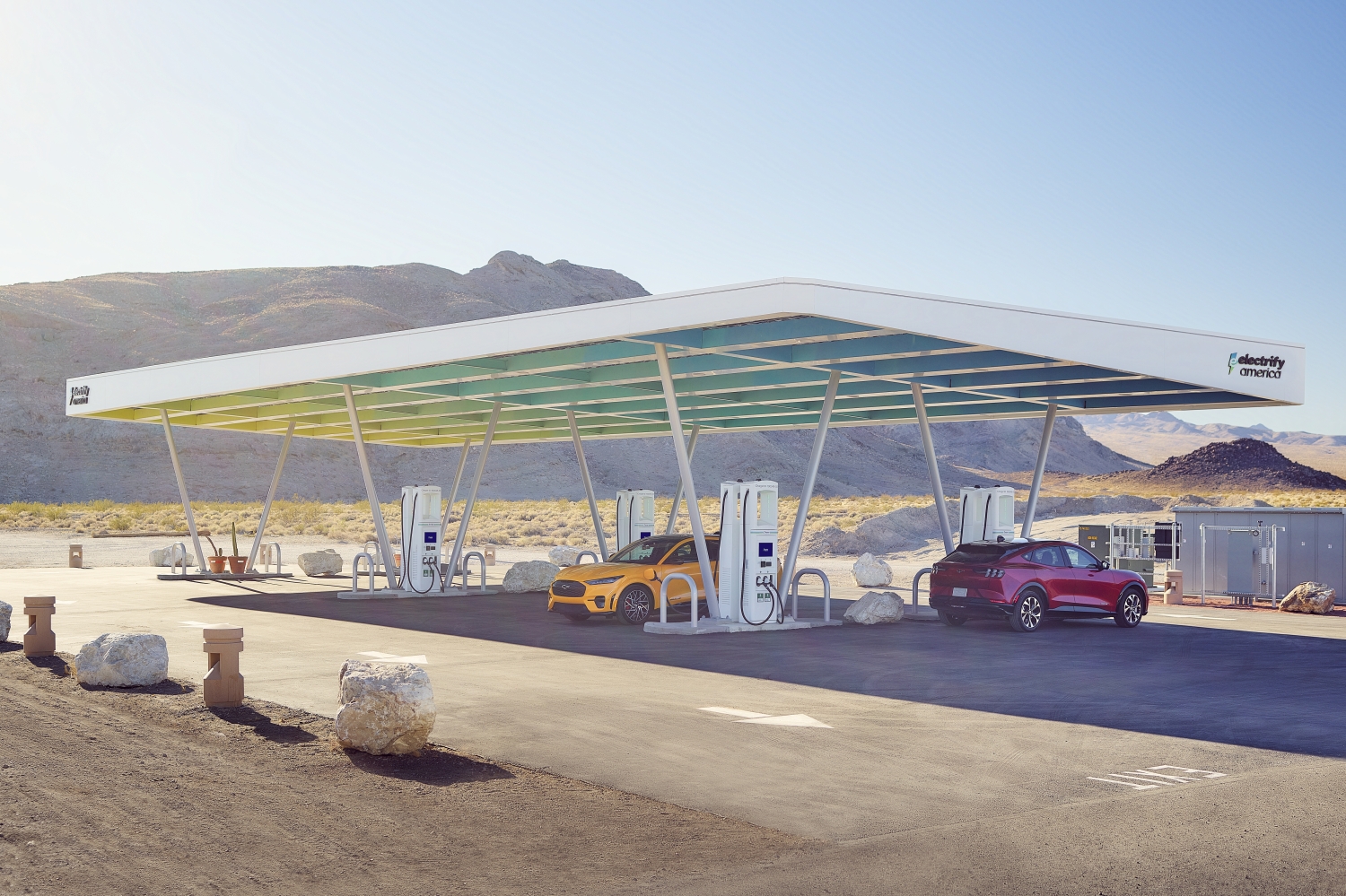 Electrify America is continuing to build out its network of electric vehicle chargers. The company plans to install charging points in four more states by early 2022: Hawaii, South Dakota, Wyoming and Vermont. That will take Electrify America’s coverage area to 47 states and the District of Columbia.

Elsewhere, the company will add more stations later this year in states that have a small number of chargers, such as Montana, Minnesota and New Hampshire. It’s also set to expand the network significantly in Washington, which has set a goal for every model year 2030 and later light-duty vehicle that’s sold, bought or registered there to be an EV. Electrify America expects to have 800 charging stations with around 3,500 chargers open or in the works by the end of 2021.
Having easy access to charging stations is critical for widespread EV adoption, so the rapid expansion of networks is a positive step. This week, GM announced a partnership with seven charging networks that will allow drivers of the company’s EVs access to almost 60,000 EV chargers across the US and Canada.