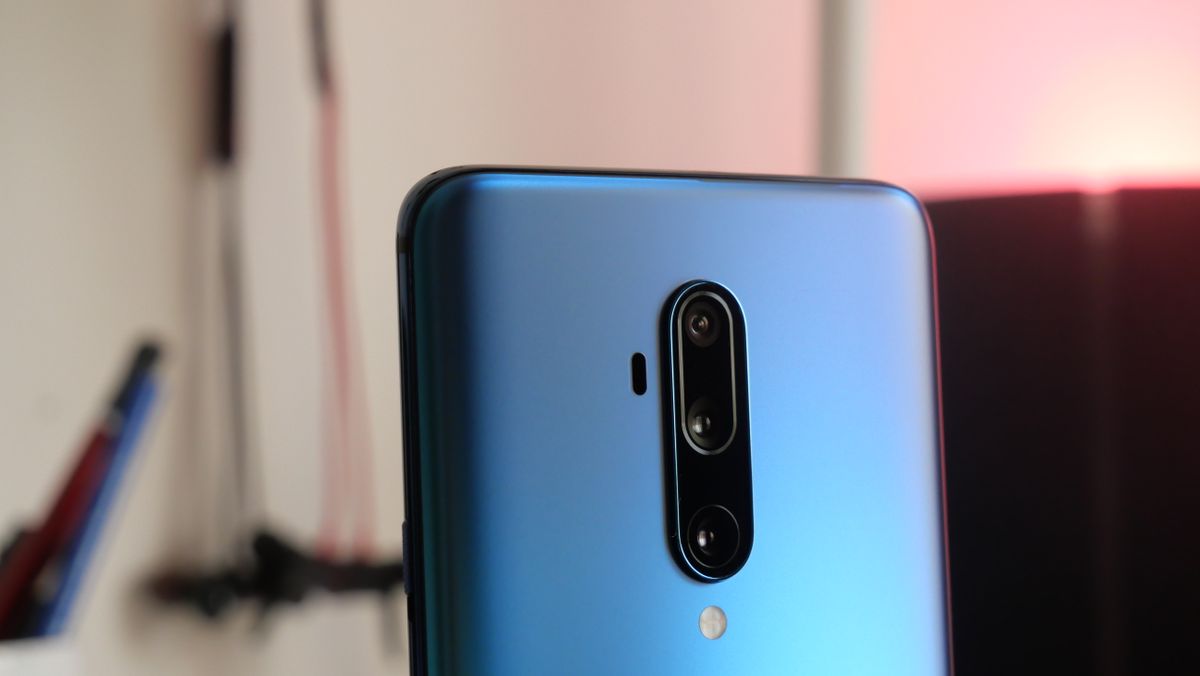 Instead, the phone will supposedly have a punch-hole in the top left, which cropped up in plenty of 2019 handsets that sought to avoid the unsightly notch. The rendered images come courtesy of noted leaker @OnLeaks in a tweet that included a link to more OnePlus 8 Pro info in a 91Mobiles post.

And here comes your very first and early look at the #OnePlus8Pro! 360* video + gorgeous 5K rendres + dimensions, on behalf of my friends over at @91mobiles -> https://t.co/6Z8XKEPcMv pic.twitter.com/NVAmUCgXh9October 18, 2019

There are a few other differences from the OnePlus 7 Pro – namely, a depth-sensing 3D Time of Flight (ToF) sensor augmenting the three existing cameras, something that started appearing on premium flagship phones throughout 2019. Per the leaked info, the OnePlus 8 Pro has a slightly smaller screen (6.65-inch) and is accordingly slightly longer and slightly narrower than its predecessor at 165.3 x 74.4 x 8.8mm – but it does have the exact same thickness.

The 91Mobiles post has a slew of rendered images, but the outlet also released the video below:

@OnLeaks had previously leaked our first look at the OnePlus 8 earlier in October, and also alleged that the next phone would opt for a punch-hole instead of a pop-up selfie camera. As we theorized then, losing that little suite of complex mechanisms might make room for other innovations like wireless charging.

Yet these leaks are very very early – the former came out just before the OnePlus 7T and OnePlus 7T Pro even launched. As we said then, this info is coming so soon after the last device has released that we urge caution when considering the accuracy of this preliminary look.