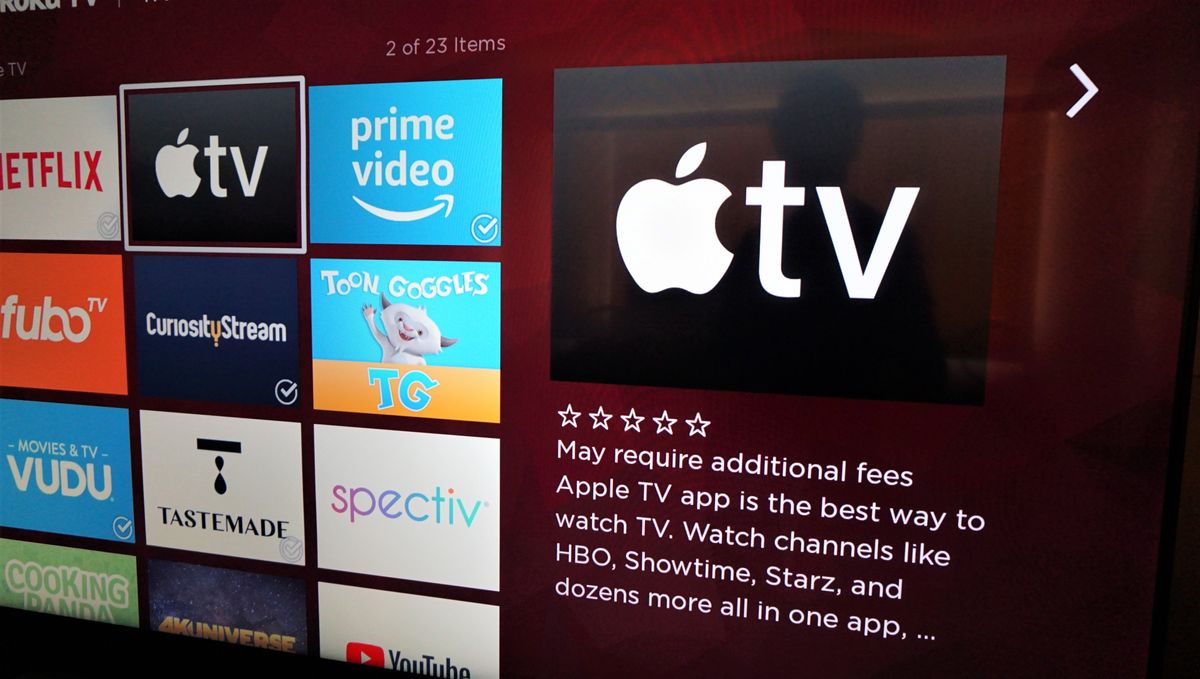 Despite being one of the most open platforms for streaming services, Roku has always struggled to crack Apple’s walled garden – until earlier this year when the pair announced that they would bring the Apple TV app to Roku for the first time.

Months later, the fruits of that partnership have ripened. Roku TV and Roku player owners can now download the Apple TV app on most Roku devices, including the new Roku Express and Roku Ultra, but excluding the oldest models in the lineup.

To download the app, go into the featured section of the channel store or search Apple TV by name through the Roku voice remote or Roku app on your mobile device. Once it’s downloaded, you can log into the app by either entering your information on your Roku or by using a QR code to log in through your mobile device, and then access any shows or movies you have in your collection.

While the app is currently limited to content you either already own or want to rent from the iTunes Store, the Apple TV app on Roku will soon support Apple’s new streaming service, Apple TV Plus, after its arrival on November 1.

That said, if you want to start streaming your iTunes shows and movies, the Apple TV app is available to Roku users for free starting today in the US and UK, as well as Argentina, Canada, Chile, Colombia, Costa Rica, El Salvador, France, Guatemala, Honduras, Mexico, Nicaragua, Panama, Peru and Republic of Ireland.