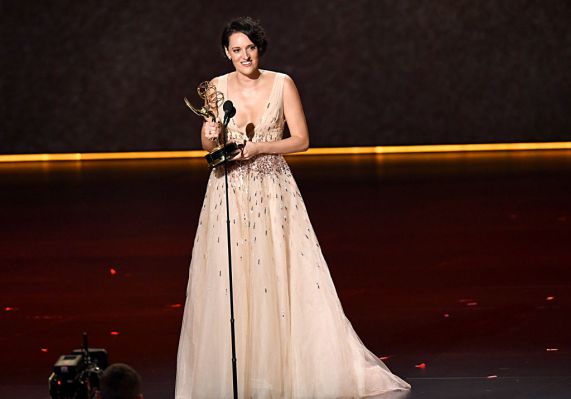 Amazon must be pretty happy after tonight’s primetime Emmy Awards, where its shows “Fleabag” and “The Marvelous Mrs. Maisel” dominated the comedy categories.

Netflix didn’t go home empty handed, either. “Ozark” won for Directing for a Drama Series (Jason Bateman) and Supporting Actress in a Drama Series (Julia Garner), while Jharrel Jerome was named the best Lead Actor in a Limited Series for his performance in “When They See Us.” And “Bandersnatch,” the interactive episode of “Black Mirror,” won for Television Movie.

This was also a big night for HBO, which retook the lead in Emmy nominations from Netflix, setting a new record for the most nominations in the process. And it went into the evening having already won 25 Creative Arts Emmy Awards (those are the technical awards that they don’t get included in the big ceremonies), compared to Netflix’s 23.

And for fans of HBO’s “Succession” (a.k.a. most of my Twitter feed), I’ll note that series creator Jesse Armstrong the drama writing award for the season one finale.

You can see the full list of winners here.