Garmin 6S Pro Review: A Sports Party for Your Wrist 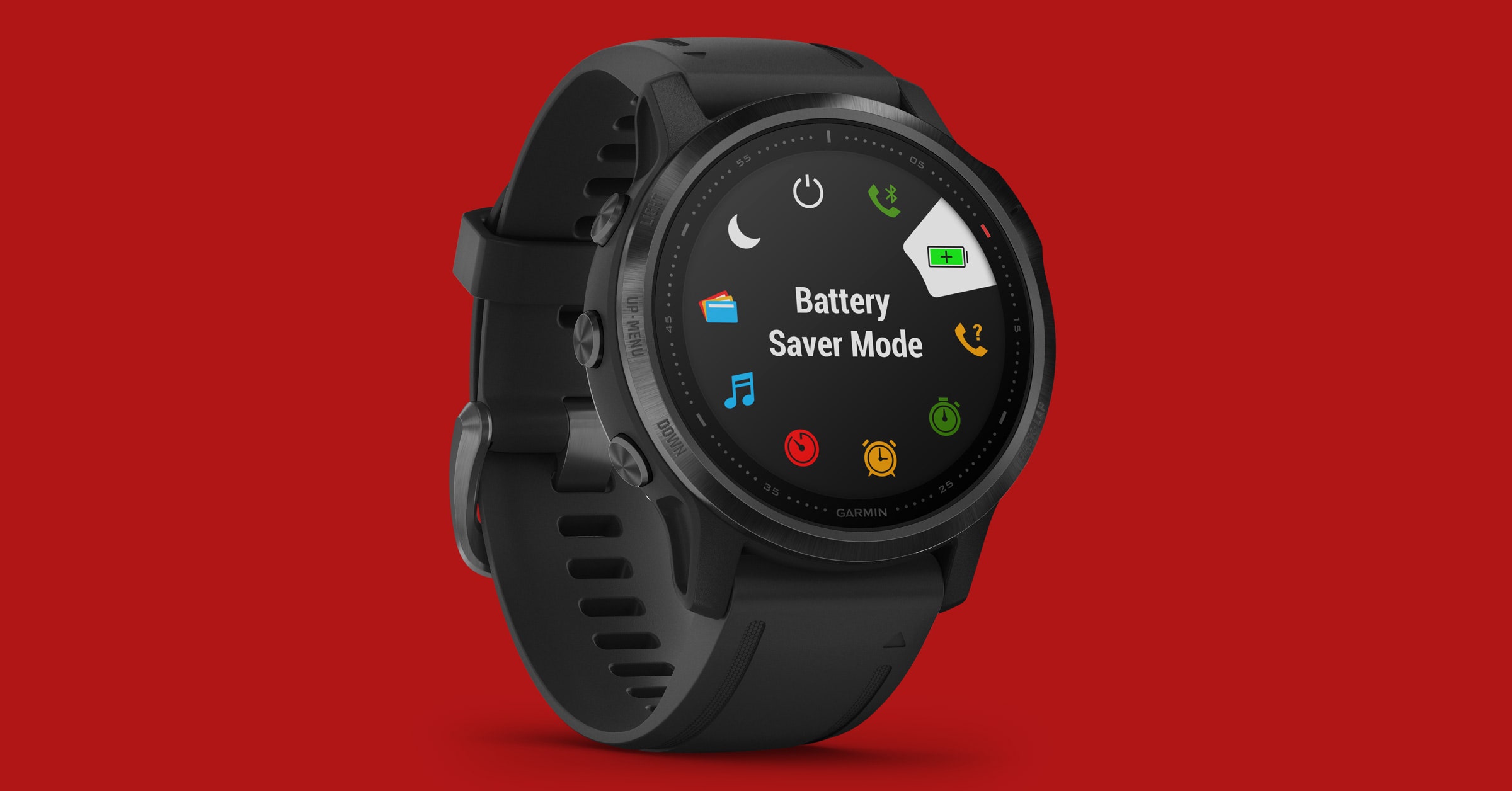 I spend a lot of time outside, but I’m not a real outdoors person. Real outdoors people are competent and resourceful. They pay attention to their surroundings. They don’t get lost while trail running because they started crying when Taylor Swift’s “Soon You’ll Get Better” came on.

Wearing Garmin’s Fenix 6S Pro is like borrowing a real outdoors person’s brain. Recently, I went on a hike with my family on the Washington coast, trying to find a deserted beach. We meandered down one trail and another, trying to bypass a wilderness preserve where dogs aren’t allowed.

At one intersection, I stopped and pointed. “This way, right?” I said, starting down a trail that I believed headed west. My husband gave me a tired look, and walked off in a different direction without saying anything. I opened the onboard topographic map on the Garmin Fenix 6S Pro, panned on it to check where we were in relation to the coastline, and scrolled to check our compass bearings. Darn it. He was right. I followed after him.

WIRED writers Brent Rose, Lauren Goode, and I are all in unanimous agreement: Garmin’s Fenix series is the best multisport watch you can own. This year’s update, the Fenix 6 series, is even better. The most exciting version is probably the Fenix 6X Pro Solar, which starts at $1,000 and has a solar panel in the 1.4-inch face that can recharge the watch with the power of the sun.

But I have a small wrist, and big watches are of no use to me if they’re too uncomfortable to wear and won’t fit under my jacket sleeves. Instead, Garmin sent me the more manageable Fenix 6S Pro, which has a smaller 42-mm case than the 51-mm 6X Pro.

It has a 1.2-inch color display that’s noticeably larger than the one on the Fenix 5S, while still remaining comfortable to wear. It’s also $300 cheaper than the Fenix 6X Pro, although I would hardly say that $700 is a bargain.

One of the biggest differences between the Fenix 5S and the 6S is a new battery manager. Even the biggest, fanciest multisport watch is useless if it dies halfway through a long run. Now, you can see how much battery life is left on the watch. Garmin touts up to 9 hours of battery life in smartwatch mode, but it’s highly variable—I got four days between charges with one or two GPS-tracked activities per day and automatic all-day pulse oximeter tracking.

If you need your battery to last longer, you can select Expedition Mode for extended GPS tracking, which will disable Bluetooth connections, turn off the screen, and ping GPS every hour. When I started a hike with only 15 percent battery life, I turned on Expedition Mode and found that I had an extra 20 hours left to get out and back.

You can also switch power modes for other GPS-tracked activities. For example, while trail running, normal power mode uses GLONASS satellites for tracking, keeps track of my heart rate, plays music, and accepts calls. Jacket mode gives more a few more hours by not tracking my heart rate, and if you’re the kind of person who wants to run for 40 straight hours, Max Battery mode will let you do that by turning off heart rate tracking and disabling phone calls, music, and Bluetooth.

The Fenix 6S Pro is so detailed, and tracks and coaches you through so many different activities, that I’d have to live out of a van for a month in order to thoroughly test them all. For example, it includes a pulse oximeter. That’s not a new sensor. On the older Fenix 5X, you had to sit and wait to take a measurement of your blood oxygen saturation. But on the Fenix 6S, it automatically track all day, or while you sleep.

This is an invaluable measurement if you’re climbing a mountain and want to see how well your altitude acclimation strategy is working. But since I live at barely 50 feet above sea level, I just turned it on long enough to make sure that I had enough oxygen in my blood (check!) and went on my way.

It also comes with all the trimmings, like incident alerts that detect when you fall and notify others (which Garmin debuted in a number of watches this year), an altimeter, a compass, and data collection and analysis out the wazoo. If you’re climbing, you can turn on ClimbPro to check how many feet you have to left to ascend. If you’re training for a race, you can turn on PacePro to maintain your speed, or plug in Garmin Coach to make sure you’re in the best possible shape for race day.

When I go on a trail run, the Fenix 6S Pro tells me everything: how productive my training was, what my estimated recovery time is, how I’ve improved my cardiovascular health through my VO2 max, or even how well I’m acclimating to the heat (very well, thanks). It does it all. All I can hope is that it will one-day foam roll the the aches from my IT bands. Then I’ll be set.

Garmins are thorough and accurate, but they’re not always intuitive to use. Turning all the features on and off took a lot of Googling and practice. To alert your emergency contact, you hold the top left button for a few seconds. You must turn off the pulse oximeter on your phone, not on the watch, but you must turn on ClimbPro with the watch, not the phone. It’s confusing.

And Garmins do have a few missing features. For example, the Fenix 6S Pro can’t automatically detect when I’ve changed activities—something a decade-old Motorola phone can do. I have a few GPS-tracked trips with an average speed of 42.5 mph because my ultra-powerful, uber-expensive watch didn’t realize I’d started driving home. I turned on the auto-pause feature, but it often didn’t kick in because instead of standing still at the end of hikes, I’m usually running around my car or toweling off my dog.

As sophisticated as it is, the new battery management system doesn’t ping you when the power level gets too low—occasionally, I’d look down and realize that it had fallen asleep without so much as “Good-bye.” And if you want to take advantage of all the watch’s features, get comfortable switching between your phone, watch, and computer—whether that’s plotting out preset courses for ClimbPro (you can’t set courses with the watch!) or painstakingly uploading music with Garmin Express.

Despite their quirkiness, I love Garmin’s Fenix series, and the Fenix 6S Pro is no exception. Even if it didn’t have solar charging, it’s small, comfortable, and includes maps, which the Fenix 5S did not.

I spend a lot of time only vaguely aware of my surroundings, so it took an enormous load off my mind to be able to scroll down, check my compass headings, or look at a map. And as a woman who is often outside alone, I appreciated the inclusion of incident detection a lot.

But as much as I love it, I would be remiss if I didn’t point out that the release of the Fenix 6 series means that you can now get Garmin’s almost-as-great Fenix 5 series for much cheaper. If you haven’t had problems charging a battery before, or if you don’t think you’ll ever need to tell someone that you’ve fallen and can’t get up, then that might be the better choice.