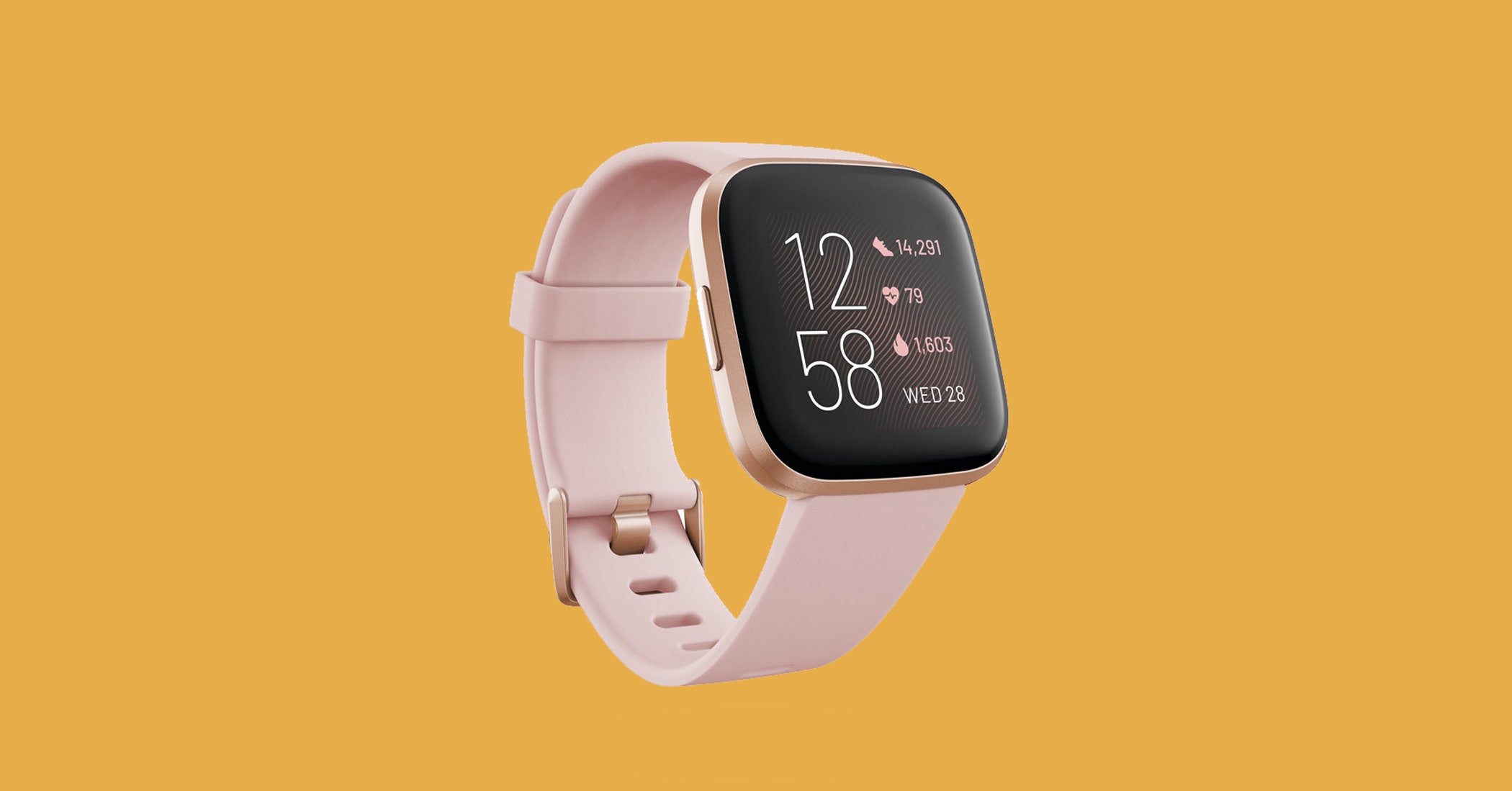 We’re only just beginning to discover how sleep can make us happier and healthier. So it makes sense that, in its newest wearable, Fitbit places so much emphasis on its sleep tracking technology. It’s an especially shrewd move, since the newest Apple Watch still has no sleep tech baked in.

This standout sleep-tracking feature was something I was eager to test. The Versa 2 comes with a trial of Fitbit Premium, the company’s paid subscription service with several different guided health programs. I picked the sleep-focused program (“Get More Zzz’s”) and prepared to immediately pump up my immune system and short-term memory. It was easy to follow the suggestions and up my hours asleep right away. Screens off at 9:30 pm? Check. But my Sleep Score—a number Fitbit uses to rate my slumber—didn’t immediately improve.

I clicked further into the app and discovered that I’m a restless sleeper; I don’t actually spend that much time in deep REM. My stress levels seemed high, Fitbit tactfully suggested. Did I know that the company also has a meditation app? Ugh. How did you know, Fitbit!?

I’ve recommended the past few iterations of the hugely popular Versa as the best fitness tracker for your money. This fall, the company added the subscription service and a whole slew of features to the watch-like wearable, while keeping the price at a (relatively) affordable $200. You can also get a discount if your health insurance provider is one of Fitbit’s preferred partners.

The Versa 2 has a more premium look and feel than the previous Versas. There’s no “fitbit” inscribed on the bezel, and the glass watch face and body have more rounded edges. You control the watch by swiping the silky glass face, or pushing one button on the left side.

The new AMOLED screen has noticeably darker darks and brighter brights than previous Versa screens. On those older versions of the watch, I kept the clock face simple. Here, though, I felt the brighter screen warranted switching to a beautiful, detailed floral clock face.

The screen now also has an optional always-on mode. I was looking forward to more trackers including this feature (the Apple Watch 5 also has an always-on screen now) but I was surprised to find it a little annoying. Rather than keeping your same clock face always on, the Fitbit switches to a simple screen when it would normally go to sleep. I didn’t have to tap or jiggle my wrist to check the time, but I did still have to wake it up in order to access the dashboard.

The Versa 2 also now has an onboard microphone and incorporates Alexa, which is great. I like my privacy. I don’t keep smart cameras inside my house, and I don’t like smart speakers eavesdropping on my pissed-off whisper-fights with my husband in the kitchen.

But a small, button-activated Alexa that doesn’t talk back—you check the responses on the screen—is just the right amount of Alexa for me. My kids couldn’t interact with it, and I could check the forecast while dressing my toddler, or quickly set multiple timers while cooking dinner.

Fitbit Premium, which starts as a $10 monthly subscription or an $80 annual subscription, includes personalized recommendations depending on your fitness goals. Four of the nine guided programs required me to track my food intake, which I find to be tedious and probably inaccurate. I did find it helpful to get reminders about getting ready for bed on time, and about doing mindfulness exercises.

But for some reason, the Versa 2 couldn’t connect to my network. Also, if your home router only broadcasts a 5 GHz band, you might be stuck. I didn’t actually find it to be a problem, since I just synced the watch to my phone via Bluetooth. But it would be annoying if I wanted to go phone-free, download music, and connect my headphones.

And while the app on my iPhone is, as always, clean, attractive, and easy to use, the Versa 2’s software was just a little … patchy. For example, I finally caved and got a Spotify Premium subscription to test the app.

But to use the app, the Versa 2 has to be connected to my phone, and I also have to open the app on my phone. The app only lets me control whether or not to skip songs, and I can’t control Spotify while the Versa 2 is tracking an exercise. Also, the Versa 2 doesn’t have onboard GPS, only connected GPS. After three days, I gave up trying to control music with the watch and just brought my phone on runs with me.

And finally, the Versa only enables voice-to-text message responses for Android phones. It’s not that big a deal, but it does serve as a reminder that Fitbit’s products are more intended for an Android-using audience. That brings us to the final big strike against the Versa 2: It’s not an Apple Watch.

Apple’s recent announcement that it will start selling the Watch Series 3 for the same price as the Versa 2 (just $199) seems a lot like a direct—and hilariously petty—strike against this lookalike competitor. But the Versa 2 does put up a good fight. First off, Apple can’t best its battery. Even with the always-on feature turned on, I still got a full five days of battery life. It has very detailed sleep-tracking features that Apple has yet to bake into Apple Health.

Fitbit also has a huge user community, which matters if connecting to your friends and family is an important part of keeping you motivated in your fitness goals. And I also like Fitbit Premium’s suggestions and the Fitbit Coach. The latter lets you sneak in quick and convenient seven- to 15-minute guided workouts without wasting time scrolling through videos on YouTube.

Are these good enough reasons to buy it? If you’re an iOS devotee with an eye on the new Watch, probably not. Otherwise, the Versa 2 still has plenty of features to recommend it, especially if you like sleeping and don’t like charging your battery! That’s a not-insignificant consumer demographic that also includes me.

You can buy the Fitbit Versa 2 from Fitbit, from Amazon, or from Best Buy.