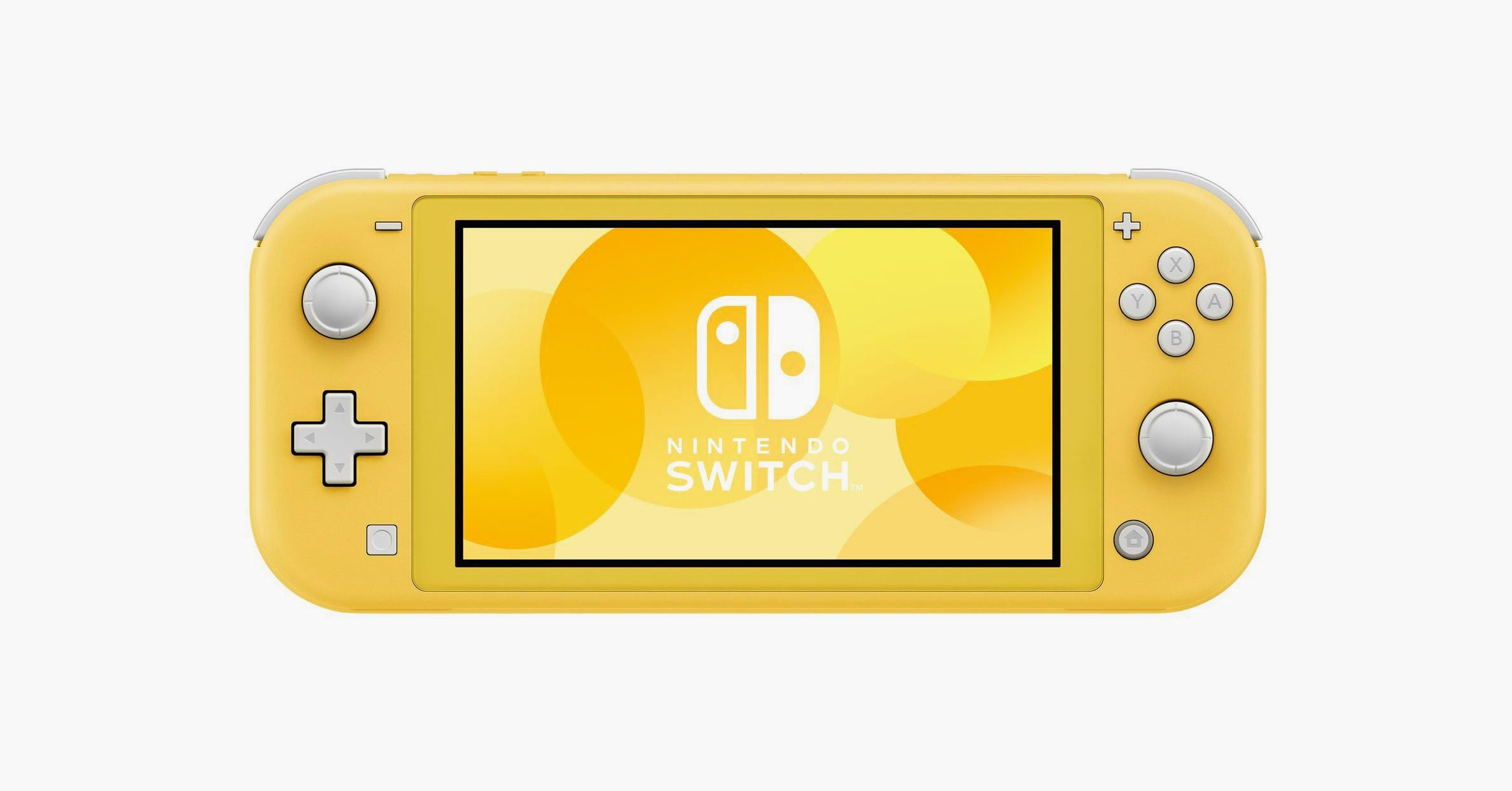 Nintendo’s long-rumored smaller, cheaper version of its popular Switch was officially announced today. But should this new device, named Switch Lite, really be called a Switch?

The Lite is more portable. It’s about a half-inch shorter, an inch wider, has a smaller screen that measures 5.5 inches. Nintendo says the battery should last about an hour longer—between four and seven hours, up from a maximum of six on the bigger Switch. Also, the Switch Lite will cost $200, which is $100 cheaper than the standard Switch.

Shaving off an inch and a Benjamin does have its own price: The Switch Lite does not have its namesake ability to switch between modes of play, so it stays in handheld mode. It does not have detachable Joy-Con controllers or a kickstand to play in a tabletop configuration and curiously it cannot connect to a TV at all. It doesn’t come with a TV dock like the standard Switch, and owners cannot connect it to an existing dock or purchase one separately.

The Switch Lite appears to be a spiritual successor to the aging Nintendo 3DS. The controls are similar to a standard Switch in handheld mode, though the Lite has a differently styled D-pad on its left side and does not have rumble features.

It has the same USB-C charger, a 1,280 x 720 pixel LCD touchscreen, and 32 gigabytes of game storage—thankfully, again with a MicroSD slot since about 6 GB is required by the operating system and some games can take up 7 GB or more. It also has a custom Nvidia Tegra processor, like the Switch. The Lite has a smaller battery, despite its (slightly) longer battery life. Nintendo upgraded its Bluetooth version from 3.0 to 4.1, potentially adding better low-energy support for accessories.

Most Nintendo Switch games will be playable on the Lite, though some titles, like Nintendo’s own Labo cardboard games, ARMS, Just Dance, and 1-2 Switch all require detachable Joy-Cons to play—or have specific cutouts for standard-sized Switch components in Labo’s case. Players can wirelessly connect extra Joy-Cons to the Switch Lite, but they may also want to purchase a kickstand of some sort to prop the system up. Luckily, there are a lot of Switch accessories to do this.

Nintendo breaks down the major differences here, which include color. The Lite comes in three colors: yellow, gray, and turquoise. This new device hits shelves September 20. A special Pokémon edition of the Switch Lite will also go on sale when Pokémon Sword and Pokémon Shield drop on November 8.

In a late 2017 financial presentation, Nintendo executives said that roughly one half of Switch owners were using the device as intended by playing in multiple modes; either docked to a television or in handheld and table-top mode, away from a TV. It also said that roughly a third of Switch owners spent almost all of their time playing in either handheld or tabletop mode and rarely connected the device to a television.

For a majority of Switch owners, the ability to play in multiple configurations was a big part of the device’s appeal. That feature has also been Nintendo’s main marketing message, right down to the name of the system. But by cleaving its Switch user base into those who can play on a TV and with Joy-Cons and those who mostly can’t, there’s a chance that game developers may not make games that creatively use features exclusive to the dockable version, like HD Rumble and motion control in the Joy-Cons.

Then again, Nintendo may not care. Though many of its TV game consoles—like the Wii U and GameCube—have struggled to find success, its handheld systems like the Game Boy, DS, and 3DS have remained incredibly popular, reliably selling millions of units each year.

If you want a Switch Lite as a second Switch system, there also isn’t currently an easy way to put your games and saves on it. In an interview with CNet, Nintendo of America president Doug Bowser hinted that there may be a way to transfer “gameplay experiences” from a standard Switch to a second one, like a Lite, but the company has not formally announced such a feature.

The new Switch Lite will not appeal to every potential Switch owner. But with sales of the now 8-year-old 3DS declining 60 percent in 2019 alone, and with most of Nintendo’s game development resources aimed at supporting the Switch, the company possibly sees a cheaper handheld system as a chance to retain its handheld crown.