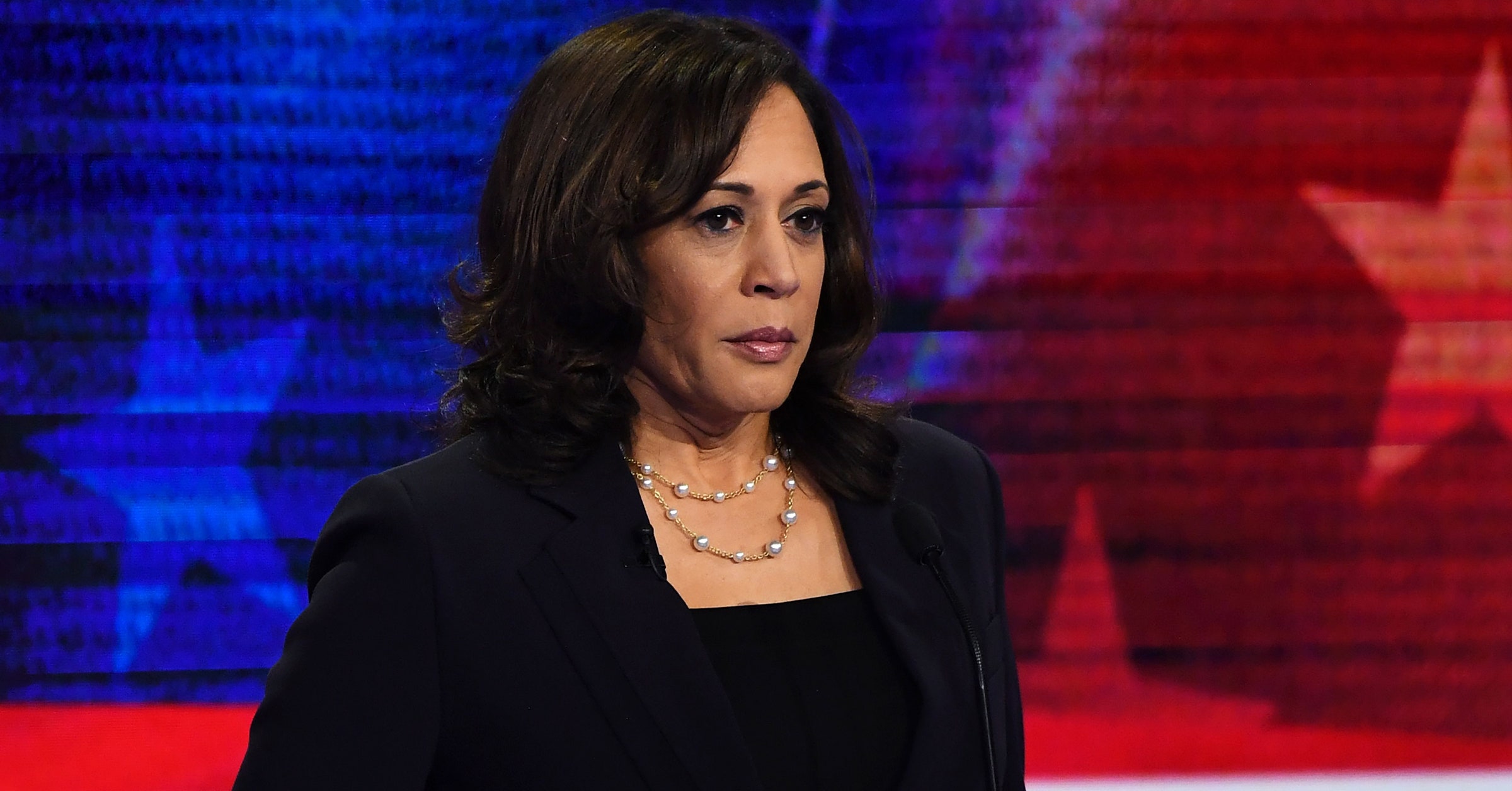 Welp, June is over and it ended with a lot of fanfare. Over the past week, President Trump joked about election interference when meeting with Vladimir Putin and also got into a fight with the US women’s soccer team. It was a week where the Supreme Court failed to prevent gerrymandering; it was also, however, a week where the Supreme Court blocked census citizenship questioning—for now, at least—and rejected an attempt to revive Alabama’s abortion ban. It was also a week where First Lady Melania Trump named the next White House press secretary, and the week where the next White House press secretary was called a liar. The One Day at a Time revival was saved from cancellation and Kristen Stewart made many people happy in the new Charlie’s Angels trailer. Oh, and apparently Amazon is holding concerts now or something. How could anyone hope to keep track of everything that’s been going on? Luckily, you don’t have to. While You Were Offline is here to catch you up.

What Happened: Mark your calendars: Robert Mueller might not be special counsel any more, but he is still going to be talking about his investigation on July 17.

What Really Happened: The week started with a piece of news that many had considered off the table, considering recent events.

Yes, the former special counsel will testify to Congress next month, talking to two committees in a special session. This is, of course, the thing that Mueller was trying to avoid with his statement a few weeks ago, in which he actually said that the report was his statement, and he didn’t intend to speak publicly on the matter again. What changed his mind? There’s a clue in the opening of the above statement.

The subpoena was the final step of a conversation that lasted weeks, according to reporting, with Mueller’s testimony already something that many are anticipating. On social media, people were happy he made the choice, if impatient and wishing he’d done it earlier.

So, how did President Trump handle the news?

This certainly seems like exactly how someone who has nothing to hide would respond. What’s next? Perhaps we shouldn’t ask…

The Takeaway: With a couple of weeks and change left before Mueller speaks publicly about his findings, it’s time for everyone to do their homework.

Won’t Someone Please Think About the Children (No, Really)

What Happened: Conflict between how much control to place on how the Trump administration spends its money was at the heart of a backdown from House Democrats, and particularly House Speaker Nancy Pelosi, last week.

What Really Happened: Thursday afternoon, the House passed an emergency aid package to address the humanitarian crisis at the border. As unlikely as it may seem, this wasn’t necessarily a good thing.

In fact, Congress had already passed a version of the bill earlier that week, despite the White House threatening to veto it, complaining that it didn’t include funding for ICE and other restrictive measures. (Ironically, perhaps, the passage of the bill early in the week almost didn’t happen because many Democrats worried that the administration would misuse the money to fund ICE and other restrictive measures.)

This lead to the Senate creating, and then passing, its own version of the bill, which just so happened to have fewer restrictions on how the money could be spent.

It also meant that Congress—and, in particular, Nancy Pelosi—was faced with a difficult decision: To prevent the Senate bill from receiving a vote in Congress on principle, or to surrender in the face of the obvious need for financial support for those at the border. Her choice was, in many circles, not a popular one.

So who, exactly, was to blame for this? Well, take a look at Pelosi’s letter recommending the passage of the bill to see where she’s pointing the finger.

She was certainly not alone in this particular reading.

Pelosi reportedly backed down after an hour-long phone call with Vice President Mike Pence, but there are signs that she didn’t leave entirely empty-handed.

We will, of course, wait to see if the administration manages to keep its promise moving forward. For now, though, Pelosi faces criticism from all sides, the Democrats deal with disarray, and people are wondering about lessons learned in the whole situation.

The Takeaway: There is, of course, an alternate way to look at what actually happened here—not that many will, admittedly.

What Happened: After its declared attempts to defend the Second Amendment pushed the First Amendment pretty far, the NRA shuttered its television production efforts last week, provoking much consternation—actually, make that “celebration”—online.

What Really Happened: The news came out Tuesday.

Yes, the National Rifle Association was closing its TV production arm, much to everyone’s distinct interest, leaving some of its more vocal spokespeople without work. (Its top lobbyist also resigned; these two things are not unconnected.)

Some people, it turned out, had been expecting this for some time. Of particular joy to many was the fact that the news didn’t just mean that a the network was ending, but that former NRA spokeswoman Dana Loesch was now out of a job. In case you need a reminder of who Loesch was, look here.

Since many didn’t agree with her viewpoints, there wasn’t a huge amount of sympathy online for her career change.

Wait, did we say career change? Perhaps that was a little too hasty…

The Takeaway: As news of the closure of NRATV spread early in the week, it was time for a little perspective on the whole thing.

What Happened: An anonymous Chicago waitress became an online cause celebre after spitting on Presidential Son Eric Trump, but sympathies for the spitee were sadly lacking.

What Really Happened: Sure, everyone always thinks about Ivanka and Don Jr. when it comes to the offspring of President Trump, but what about Eric? Yes, Eric Frederick Trump, the Trump son that normally tries to stay relatively out of the spotlight—you know, as much as a Trump who isn’t called Tiffany can manage. Last week wasn’t a good one for Eric.

After the incident, Eric used the situation as an opportunity to brag.

People were, perhaps, not as supportive of Eric as he might have hoped.

There was a common response to Eric’s predicament, inspired by his father’s dismissal of more recent rape allegations.

Should this all go to trial, the internet stands ready.

He wasn’t alone; someone did indeed set up a GoFundMe page for the server who had been fired, but in a later development, it turns out that the page might have been set up under false pretenses. If ever there was a particularly 2019 story, it might be this very one.

The Takeaway: Folks are looking at this the wrong way, of course.

What Happened: It’s on. We’ve had months of people announcing their candidacies, but with last week’s two debates, the race for Democratic presidential nominee is officially underway—and with a surprising new online favorite, as well.

What Really Happened: Last week saw not just one, but two debates amongst hopefuls for the Democratic presidential nomination next year. Yes, two! On different nights! For political wonks, it should have been a cause for celebration. Instead, it was … well, a mixed bag, to say the least. With the exception of Senator Elizabeth Warren convincing everyone that she knows exactly what she’s doing, the first of the two nights failed to produce a coherent narrative, although it did have plenty of moments, all of which were shared on Twitter.

Of course, some people broke it down by the numbers, because of course they did.

—but the president himself had one that was even more Trumplike.

As for the second night—actually, let’s just jump straight to the number-crunching for this one, shall we?

If the first debate didn’t really have a particular storyline, the second one did—and it wasn’t one that was particularly kind to frontrunner Joe Biden.

If there was one breakaway star, it was Senator Kamala Harris who won the heart of the collective internet, somewhat surprisingly. Yes, that Kamala Harris.

Let’s go back to the Trump campaign for its seemingly pre-written response, shall we?

Anything to add, Mr. President?