Oura has made a gold-laced Gucci smart ring, and it’s ludicrously expensive 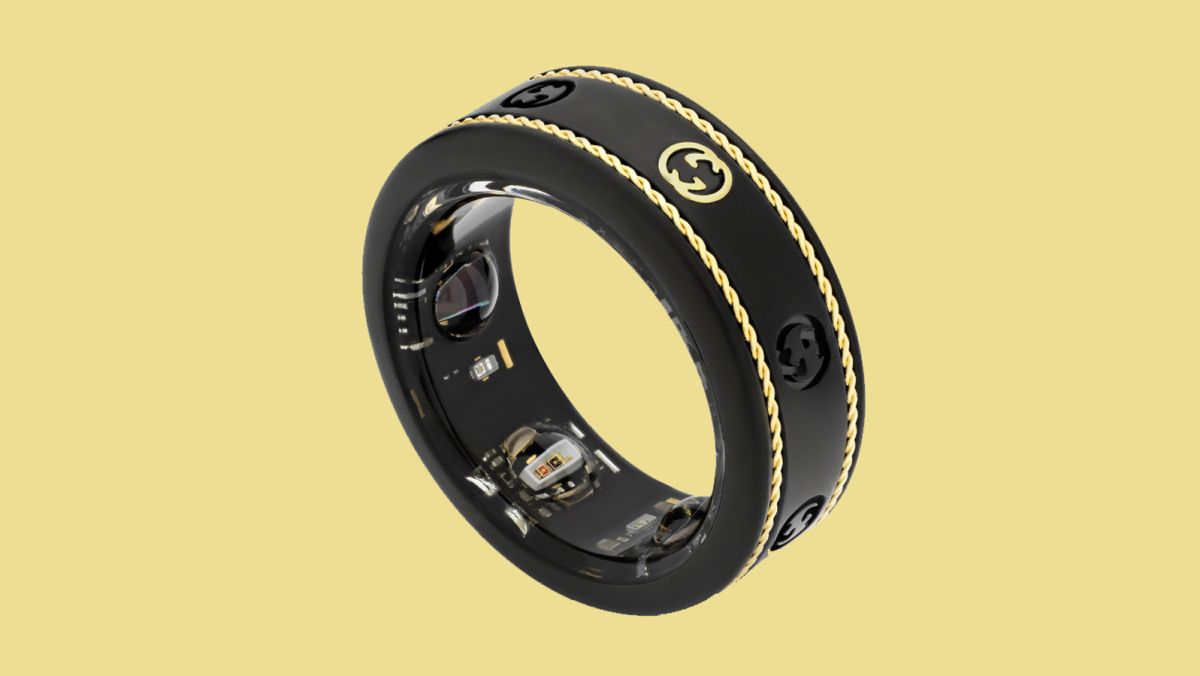 Oura has teamed up with Gucci to produce the Gucci x Oura Ring, a special-edition version of the Oura Ring that’s painted black, laced with 18 karat gold, and priced at $950 (about AU$1,300) and £820 in the UK.

Oura says the Gucci x Oura Ring is set to “deliver all of Oura’s research-grade technology, personalized guidance, and insights in a new ring design, exquisitely crafted with Gucci’s legendary style”. In other words, it’s got all the functionalities of the Oura Generation 3 in a shiny new design, including its seven temperature sensors which measure biometric data 24 hours a day, and its sophisticated sleep tracking capabilities.

It doesn’t bring any new smart features or functionality; this is is simply a blinged-up version of the fitness tracker ring, which is usually priced at $299 (if you’re in the UK or Australia it’ll cost you around £229 or AU$420, plus shipping, to get one).

The Gucci x Oura Ring is based on the black Generation 3 smart ring, embellished with 18 karat gold trim and an embossed gold logo of Gucci’s signature interlocking Gs. The final finishing touch is the addition of $650 to the price tag.

That eyewatering price tag does at least include Oura membership, which gives you access to Oura’s full suite of health-monitoring features. All Oura Rings come with six months of membership for free, after which you have to pay $6.99 each month.

However, it’s been reported that the membership included with the Gucci X Oura Ring is a lifetime membership; Oura has yet to confirm this, but if that is the case then if you hang on to your ring for a decade or so then you’re practically saving money.

The Gucci x Oura Ring is on sale now (opens in new tab).

It had to happen sometime. First came the Fitbit Luxe, which repurposed the idea of a tracker into a slim, pebble design lined with precious metals and which could be attached to a wide variety of jewelry-inspired bracelet bands. Now, one of the giants of luxury fashion, Gucci, has gotten in on the act.

The Oura ring was already on the pricier side for fitness trackers, even though it’s very good. With people becoming increasingly health-conscious, we’re likely to see more health tech collaborations like this one, especially if these limited editions sell like hotcakes.

The big question is, what next? Barbour x Garmin maybe – an all-weather smartwatch for the great outdoors. Or perhaps Supreme x Fitbit Sense, through which hypebeasts can monitor their heart rate as they stand in line waiting for the high-end fashion store to open.