Some would say the evils of online gambling are all too familiar.

But if a wake-up call is required, look no further than the heart-wrenching case of Josh Hall, a young NHS worker who was allowed to rack up losses with betting giant Paddy Power of £12,500 – half his annual salary – within a matter of days. Caught in a terrifying spiral of addiction, he ended up taking his own life.

Sadly, this is far from an isolated incident. Mr Hall’s death is just one of hundreds which now occur each year as a result of the destructive misery caused by gambling. 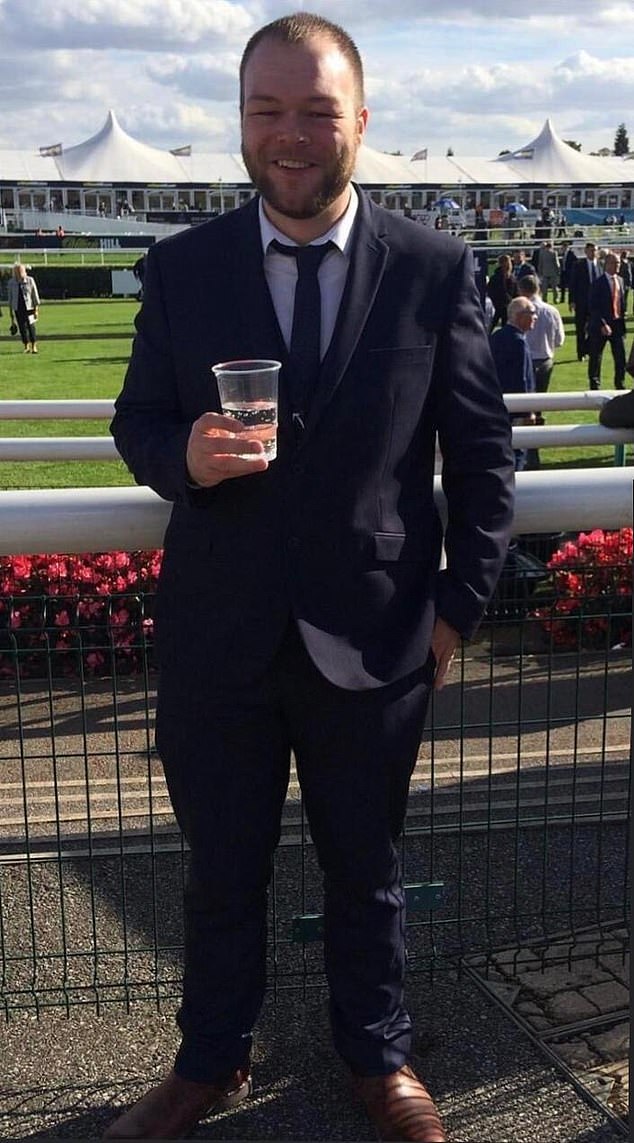 Sheffield NHS worker Josh Hall, 28, took his own life after gambling £12,500 in a matter of days

So news the Government plans to water down its proposed crackdown on gambling firms – including a compulsory levy to fund research into addiction – is not only disappointing, it’s profoundly reckless.

Ever since Tony Blair relaxed gambling laws in 2005, the Daily Mail has tirelessly campaigned against the pernicious techniques that bookmakers have been allowed to adopt to get more and more people hooked.

The result: There are now around 400,000 gambling addicts in the UK.

Following its decision to impose a windfall tax in all but name on oil and gas firms, it’s understandable if the Government doesn’t want to target another hugely profitable industry which employs thousands and returns millions each year to the Treasury in taxes.

But it is clear that firm action is required which will force the betting sector to do more to protect those customers whose vulnerability they so ruthlessly exploit.

It simply cannot be allowed to go on gambling with people’s lives.

For many, securing a face-to-face appointment with a GP since the pandemic has become an ordeal. And even if you are fortunate enough to get one, you may find yourself hurried through the process.

NHS figures show a quarter of consultations around the country are now over in five minutes or less.

The dangers of visiting a doctor and not receiving a proper medical assessment are obvious. Misdiagnosis can lead to patients becoming seriously ill – or worse.

And what of patients who are often too embarrassed to get straight to the point over a delicate problem? Doctors refer to the ‘door handle conversation’ – when a patient comes to them with a trivial ailment, only to reveal something more serious as they prepare to leave.

Once people start feeling they are being rushed, that vital interaction can be lost.

The Government and the NHS must address this worrying practice. Lives depend on it.

With self-indulgence bordering on the masochistic, some Conservatives MPs are said to be plotting to topple Boris Johnson and replace him with Jeremy Hunt.

Leave aside the question of whether Mr Hunt has widespread voter appeal. Surely these MPs would be better off devoting their energy towards addressing the monumental challenges which lie ahead?

In case they hadn’t noticed, the Government faces a summer of discontent thanks to threatened industrial action. The country is in the grip of a cost of living squeeze. Meanwhile, war rages in Ukraine.

The Tories must stop this tedious scheming and get on with the pressing task of keeping the country on track.