Iran shows off underground drone base, but not its location, state media report | Reuters 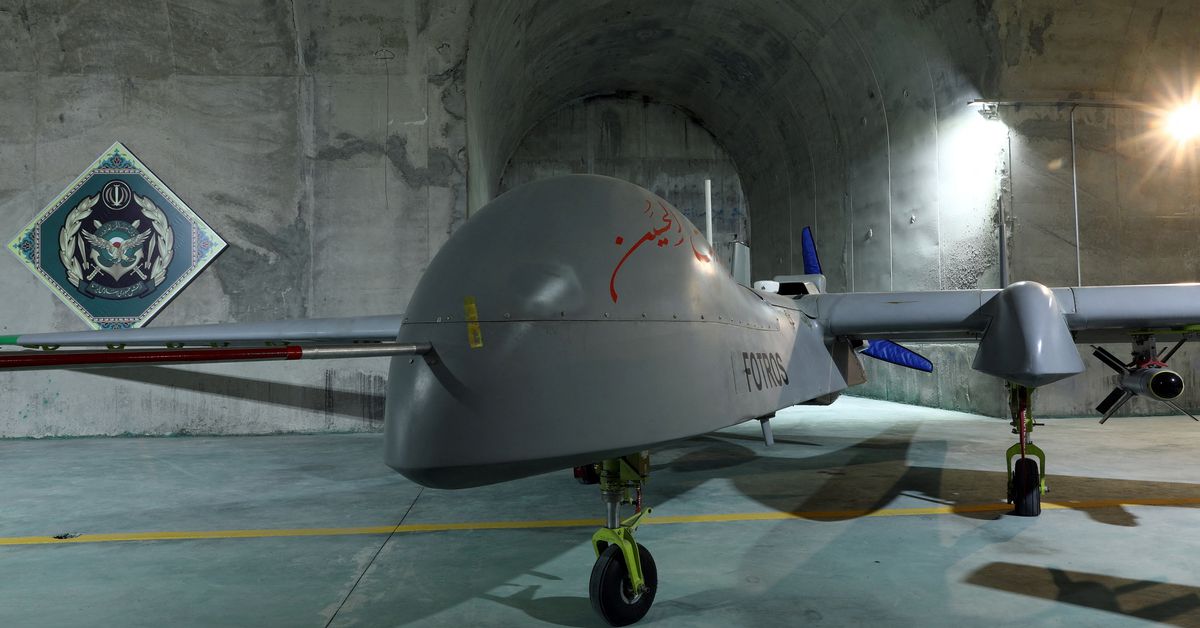 May 28 (Reuters) – The Iranian army has given some details – but not the exact location – of an underground base for its military drones, state media reported on Saturday, amid simmering tensions in the Gulf.

State TV said 100 drones were being kept in the heart of the Zagros mountains, including Ababil-5, which it said were fitted with Qaem-9 missiles, an Iranian-made version of air-to-surface U.S. Hellfire.

“No doubt the drones of Islamic Republic of Iran’s armed forces are the region’s most powerful,” army commander Major General Abdolrahim Mousavi said. “Our capability to upgrade drones is unstoppable,” he added.

The Iranian state TV correspondent said he had made the 45-minute helicopter flight on Thursday from Kermanshah in western Iran to a secret underground drone site. He was allowed to take blindfolds off only upon arrival at the base, he said.

A drone is seen at an underground site at an undisclosed location in Iran, in this handout image obtained on May 28, 2022. Iranian Army/WANA (West Asia News Agency)/Handout via REUTERS

TV footage showed rows of drones fitted with missiles in a tunnel, which it said was several hundred metres underground.

The TV report came a day after Iranian Revolutionary Guards seized two Greek tankers in the Gulf, in an apparent retaliation for the confiscation of Iranian oil by the United States from a tanker held off the Greek coast. read more

Greek authorities last month impounded the Iranian-flagged Pegas, with 19 Russian crew members on board, due to European Union sanctions. The United States later confiscated the Iranian oil cargo held onboard and plans to send it to the United States on another vessel.

The Pegas was later released, but the seizure inflamed tensions at a delicate time, with Iran and world powers seeking to revive a nuclear deal that former U.S. President Donald Trump abandoned, reimposing sanctions on Tehran.