CFB betting: Should you buy teams now for the season's top matchups? | theScore.com 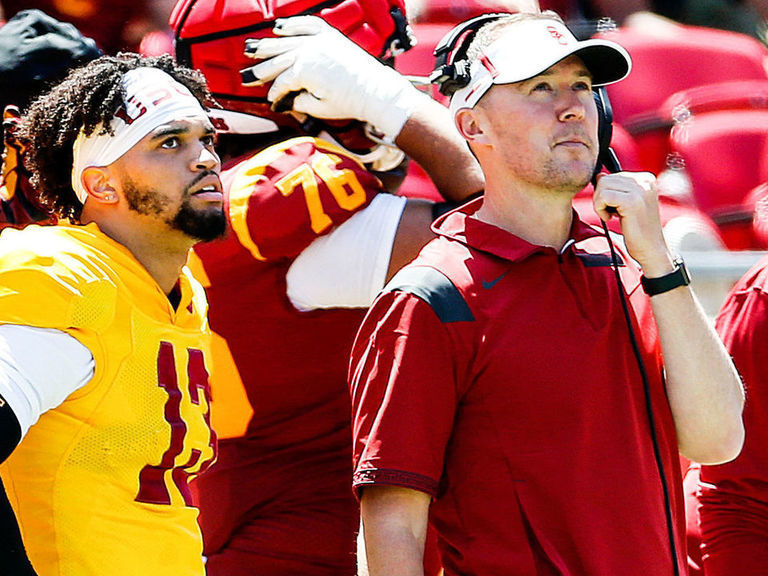 The transfer portal is closed, NIL deals are largely done, and spring games have finished. With that, oddsmakers have looked at the most intriguing matchups of the upcoming college football season and picked their “Games of the Year,” producing point spreads to go with them.

This functions as a tool for sportsbooks to understand how the market views these teams. Bettors weigh in with modest wagers at relatively low limits, and oddsmakers take that information to help shape their power ratings.

Game of the Year odds

The reason to bet on these games now isn’t necessarily to expect a high winning percentage on those bets. We can instead get considerable closing line value by the time these games kick off this fall. At that point, you can hold your ticket or bet the other way with hopes of ‘middling’ the game and winning both bets.

One of the main reasons a line changes between now and kickoff is a drastic miscalculation about how good a team could be. We saw that last season with Clemson. And since the market was slow to adjust, the Tigers consistently didn’t cover.

A new regime and significant transfer flux can sometimes explain a program’s overestimation or underestimation. Teams like USC, LSU, Ole Miss, and Oklahoma will have a different look in some combination of the head coach, the starting quarterback, and major roster turnover.

If you think the Trojans, for example, will be off and running under former Sooners Lincoln Riley and Caleb Williams, then take them now against Utah, UCLA, or Notre Dame before their rating increases. The reverse can be said if you think there will be some growing pains for that duo.

With the chance to bet on a team in October or November, it’s important to evaluate their early-season outlook to determine how good (or bad) the market may think they are because of that schedule. Think about Iowa last season. After wins against Iowa State, Indiana, and Penn State, the Hawkeyes got overrated in the market.

For 2022, Texas A&M has five winnable games to start its season, including big names like Miami, Arkansas, and Mississippi State. The Aggies could come into their contest with Alabama as shorter than two-touchdown underdogs, so taking +16 now might set up a decent middle opportunity if they get too much credit.

Michigan State had an outlier year last season and has a handful of tricky games in the first half of its schedule (at Washington, at Maryland, vs. Ohio State, vs. Wisconsin) that could cause its rating to dip. As a result, buying the Spartans’ late-season opponents – Michigan and Penn State – might be prudent now, with some room for those lines to rise.

Matt Russell is a betting writer for theScore. If there’s a bad beat to be had, Matt will find it. Find him on Twitter @mrussauthentic.