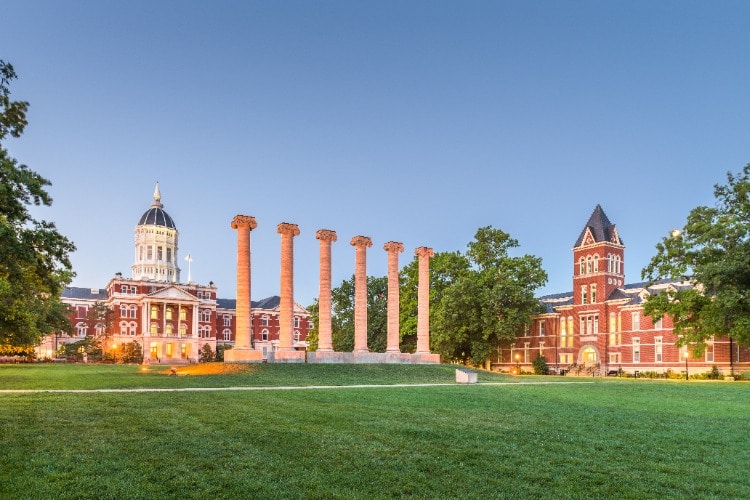 To steal from an old folk tale, sports betting came into the Missouri legislative season like a lion, but left like a lamb. For the fourth consecutive time, the state’s legislative session closed without legal wagering after discussion of the possibility.

Last summer, Penn National Gaming Vice President Jeff Morris pulled together stakeholders representing casinos and professional sports teams in an effort to reach a consensus and bring a legal wagering framework to the legislature. He succeeded in brokering a deal that would have allowed for statewide mobile wagering with digital platforms tethered to existing casinos and professional sports venues.

The group agreed on a tax rate, what could be wagered on, entertainment zones around stadiums, and other key points. It then brought its proposal to Jefferson City, where it moved through the House with a handful of amendments in March.

The Senate was a different story. Sen. Denny Hoskins has long said legal sports betting would have to go through his office. Hoskins has filed a sports betting bill ahead of each of the last four sessions. Each measure also included legalizing video gaming terminals, and all have failed.

This year, Hoskins filibustered to kill the casino-professional team bill on the Senate floor. At the time, he preferred his own bill, which included legalizing VGTs. After the filibuster blocked the House-passed legislation, Hoskins agreed to drop VGTs from his bill and craft new language that could have enabled sports betting, but it did not advance either.

“The House had a reasonable opportunity that had all stakeholders signed on to make this happen,” said Brendan Bussmann, managing partner of gaming consulting firm B Global. “The Senate is where this fell apart, because they wanted to attach VGTs to this issue, and once they realized they couldn’t, there was no true hope to save this.”

Hoskins, who said he’d come up with a compromise with Rep. Dan Houx, brought his new version of the bill to the Senate floor April 4, and the debate that ensued made it clear that the issue wasn’t going to move. Sen. Bill White called the issue “contentious,” which in Missouri, might be the understatement of the session.

We offered casinos 3 different bills on Sportsbook. The last offer was on 5/10/22 & all the pro sports teams (Chiefs,Royals,etc), pro player orgs (MLBPA,NFLPA), mobile platforms (Fan Duel,Draft Kings) agreed to the deal. Unfortunately, the casinos said NO & the bill died. #moleg

Hoskins ultimately pulled the bill off the floor, and stakeholders say they worked through the weekend to try to find middle ground. Hoskins was offering a 15% tax rate, a $1.25 million annual fee per skin or platform, three skins per casino company (with a cap of six), and one skin for each professional sports team. While the tax rate was a compromise, and the number of skins mirrored a previous bill, industry sources said the $1.25 million annual fee was a deal breaker.

In most mid-sized states, an application fee might be in the millions, but renewals are generally at a lower rate. As an example, the state of Illinois charges a one-time application fee of up to $5 million for organizational or owners license fees, and a renewal costing $1 million is then valid for four years.

Sources say Hoskins came back with a lower fee — $750,000 per year — and language that would have allowed sports betting to be live for two years before sunsetting if it wasn’t doing what lawmakers hoped it would. But none of the proposals stuck, and the session closed with no action, leaving stakeholders and lawmakers frustrated.

“We are disappointed the sports betting bill, which would have offered economic benefit to the state and much-needed consumer protections for Missourians, was not passed,” consultant John Pappas said on behalf of industry group iDEA Growth. “With sports betting now legal in Kansas and other neighboring states, Missouri has become a virtual island. But it won’t stop Missourians from betting. Residents will just travel out of state, or worse, place a misguided trust with illegal, offshore websites. We are hopeful lawmakers and stakeholders will do what’s right and agree to pass a law next legislative session.”

A LIVE look at the Missouri Legislature as #Kansas officially moves ahead with legalized sports betting with the Governor’s signature. #moleg pic.twitter.com/3tf4twpZcQ

Said Bussmann: “After four years, you would think some of the champions of this initiative in the legislative body would have figured out how to get this across the goal line. But the ball was fumbled well before this last week of session.”