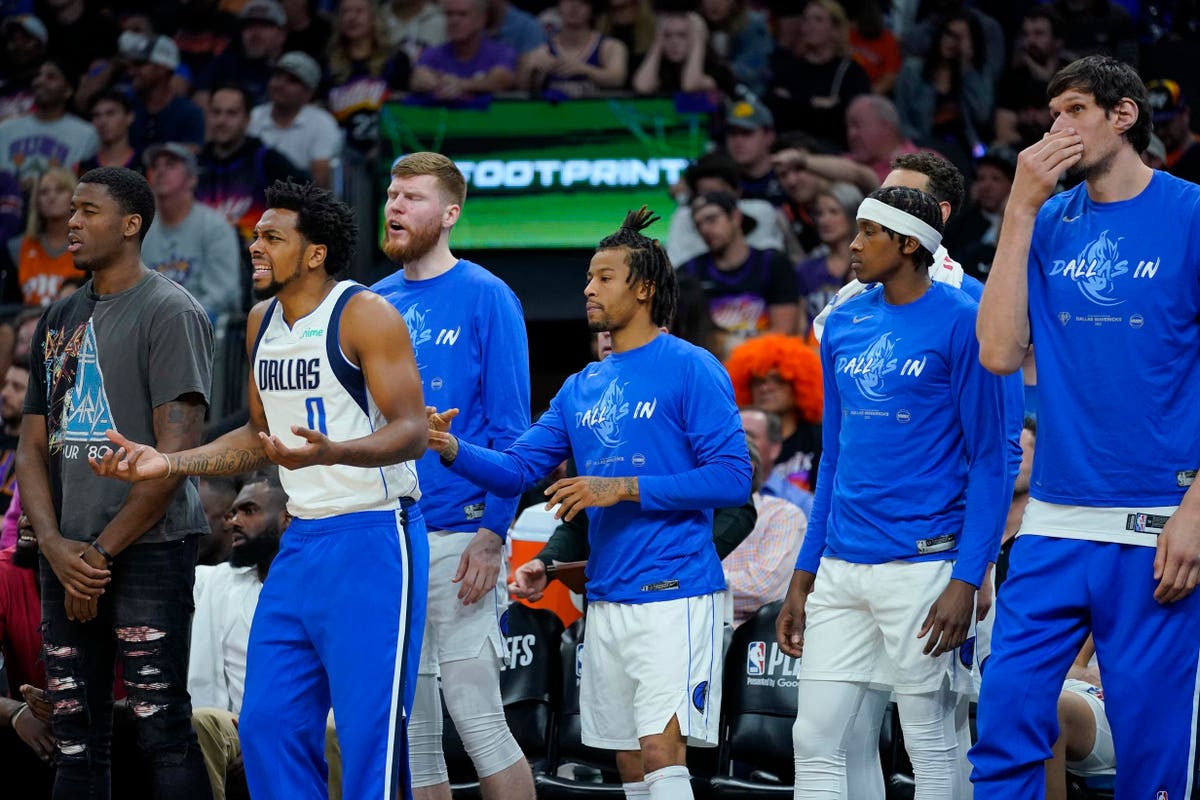 The NBA levied a fine of $25,000 against the Dallas Mavericks for violating league rules for bench decorum. Byron Spruell, president of league operations, officially announced the fine Friday afternoon.

The league described the actions of the players on Dallas’ bench as “encroaching upon the playing court during game action in the Mavericks’ 129-109 loss to the Phoenix Suns in Game 2 of their conference semifinals playoff series May 4 at Footprint Center.”

During his pregame press conference before Game 3, Mavericks head coach Jason Kidd addressed the fine. He defended his players and said that the league was focusing on the wrong thing.

“I didn’t know we got fined, but that’s cool,” Kidd said. “The league is worried about the wrong thing. You have millionaires cheering on other millionaires. That doesn’t happen in this society. The enthusiasm of the game for a teammate to cheer on another teammate is special.

“I think sometimes we’re focused on the wrong thing. And so, when you look at people who make a lot of money cheering on their teammates or their employees, that’s what sport is all about. So, for us to get fined that’s cool. It’s going to another good cause–charity. Again, we’re looking at the wrong thing.”

Soon after the league officially announced the fine, Mavericks’ governor responded to it on Twitter. Cuban posted a video of him getting fined for swearing. He then continues to swear to rack up additional fines.

Throughout the postseason–and during the regular season–the players on Dallas’ bench have been boisterous in support of their teammates in the game. Led by two-way player Theo Pinson and Tim Hardaway Jr., a regular rotation player who is injured, the bench stands, cheers and yells throughout the game.

The support of the bench is something that hasn’t gone unnoticed by some of the players logging significant minutes. They appreciate the liveliness from the players on the sidelines.

“They stand up the whole time,” Dorian Finney-Smith said after Game 5 in the first round. “Like the shirt says, everybody is ‘All In.’ Everybody is connected. I don’t think Theo and Tim sit down at all. Not even just them, everybody who’s not playing is standing up. When you got that type of connection, that builds trust. And I feel like we’ve been building a lot of trust out there on the court.”