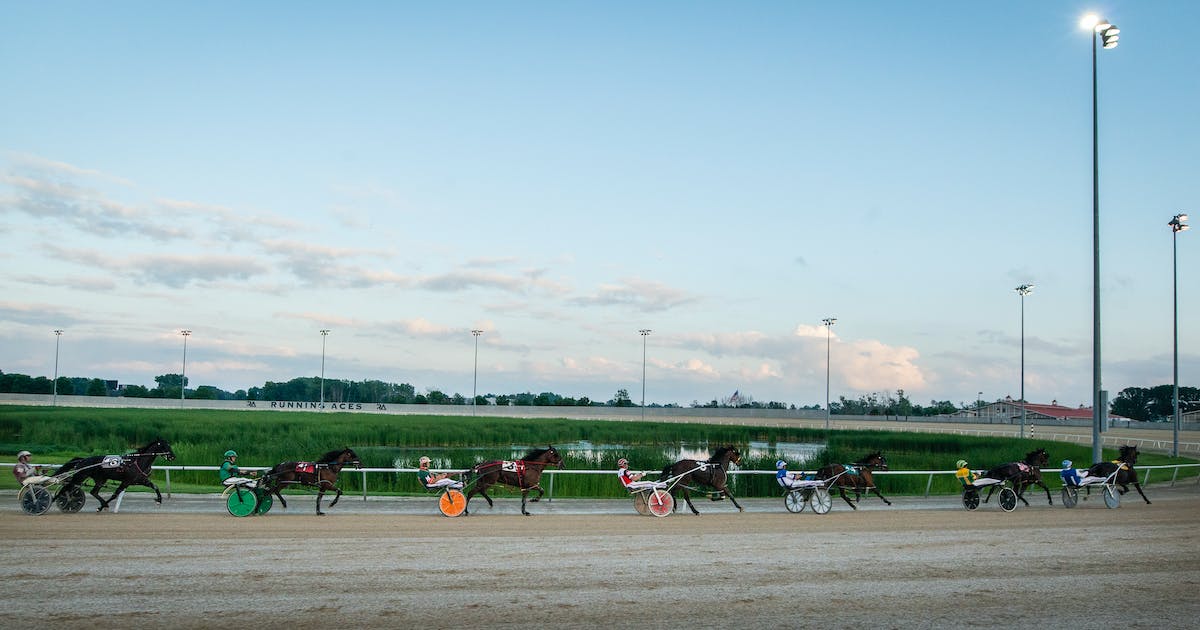 As the 2022 legislative session moves toward its conclusion, it’s time to take stock of the sports betting debate at the capitol and the impacts proposed legislation would have on Minnesota’s horse racing industry.

SF 574 is the sports betting proposal introduced by Sen. Roger Chamberlain, R-Lino Lakes. This innovative plan would allow Running Aces and Canterbury Park racetracks to offer sports wagering on the same level as the state’s tribal casinos. It offers the best path forward for the more than 500 Running Aces employees, their families and our community in Anoka County.

In the House, Reps. Zack Stephenson, D-Coon Rapids, and Pat Garofalo, R-Farmington, are pushing HF 778. This deeply flawed legislation would ensure that the two racetracks would be excluded from an expansion of sports betting in the state.

Sen. Chamberlain has effectively argued that the Stephenson-Garofalo bill in its “current form will not give the consumer a good product. We need to expand the options for consumers to have the best possible experience.”

Minnesotans overwhelmingly agree with Sen. Chamberlain’s common-sense position on sports betting. According to an April KSTP/SurveyUSA Poll, the House bill’s provision that allows sports betting only at Native American casinos and on mobile devices with companies partnering with the tribes “isn’t popular with many Senate Republicans or Minnesotans.”

Minnesota’s two racetracks are best positioned to expand into sports betting both at their facilities and through mobile gaming for two primary reasons: In 1982, Minnesota voters approved sports wagering on horse racing by a 64% majority. Canterbury Park racetrack has been taking bets since the mid-1980s and Running Aces in 2008. Additionally, both tracks have offered advance deposit wagering (ADW) since 2016, utilizing the same technology and vendors being considered for sports gambling.

While Rep. Stephenson has repeatedly referred to the tribal casinos as the “subject matter experts,” the racetracks are the true subject matter experts when it comes to sports betting. Online sports betting will likely represent an estimated 80-90% of the revenue. We have the only experience in regulating sports wagering and account wagering operations through mobile devices in the state of Minnesota.

According to a 2017 University of Minnesota study, Minnesota’s horse racing industry “generated an estimated $409.2 million of economic activity in the state.” The University of Minnesota study further noted that “the biggest benefits from the horse racing industry occur in Minnesota’s manufacturing, health and social services, and agriculture industries.” The Stephenson/Garofalo House bill would destroy much of that economic activity.

Just consider what has happened in Iowa, a cautionary tale for Minnesota’s two racetracks. Since Iowa legalized online and retail sports betting in 2019, wagering on horse racing has decreased dramatically because consumers are now wagering on other sports. From 2019-21, the live and simulcast handle for the Prairie Meadows in Altoona, Iowa, was down 35%.

As the Iowa experience makes clear, Minnesota’s two racetracks need the full license for sports betting. An on-site, brick-and-mortar-only model won’t work. Racetracks must be treated in the same manner as tribal casinos. If our state’s two racetracks are excluded from a sports betting expansion, this will jeopardize the future of this industry in Minnesota.

Sports betting represents the largest expansion of gambling in Minnesota in the last 40 years. Minnesota’s legislature must get this right.

Despite the strong economic impact of the horse racing industry in Minnesota, it is now evident that the House bill’s intent is to shut out the racetracks for political, not policy, reasons. The question is simply, why?