Should farmers in France warn locals before spraying pesticides? – The Connexion 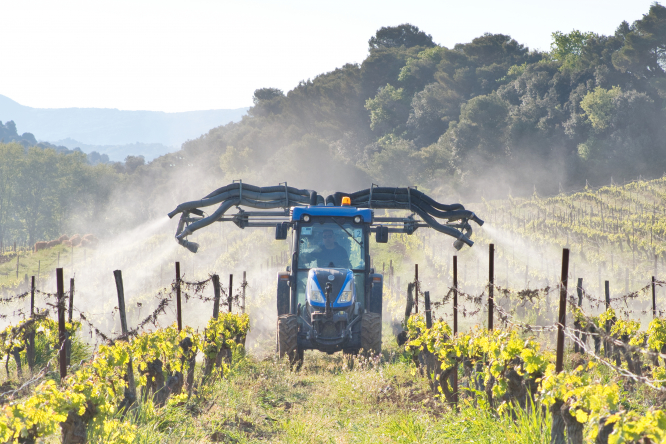 Reader question: I live in the countryside and have an arable field bordering my house and garden. This field is sprayed with pesticides several times a year by the farmer. Is the farmer under any legal obligation to notify me in advance of spraying? Also, have I any legal recourse if the spray kills plants and/or grass in my garden?

To answer this question, we contacted France Nature Environnement, an environmental association in France that has for over 15 years been fighting for people’s rights to live far from pesticides.

Alexis Vannier, head of communications for the organisation, said the answer to our reader’s question is “complex”.

In normal circumstances, farmers must respect a spraying buffer zone of 20 metres from residential areas for the most toxic products.

For other pesticides, the distance must be 10 metres when used on tall crops (cultures hautes), for example fruit trees, shrubs or woody plants. A distance of five metres should be respected for “vegetable crops”, known as cultures basses in French.

“In this context, farmers are not obliged to warn local residents about spraying pesticides and if distances are respected, appeals are unlikely to succeed,” Mr Vannier said.

But there can be exceptions if something called a “commitment charter” (charte d’engagement) is put in place locally.

These allow the buffer zone, called non-treatment zones (zones de non-traitement, or ZNT) to be reduced, except when spraying the most dangerous pesticides. It means the ZNT for cultures hautes can be reduced from 10 metres to five metres, and the zone for cultures basses from five metres to three metres.

Mr Vannier said that these charters are usually put in place after a “questionable” consultation process with local authorities.

If there is such a charter, farmers can reduce certain buffer zones but must follow two requirements: They must use special equipment designed to limit the spread of pesticides, and also warn local residents.

So, if a charte d’engagement has been established in the area our reader lives, then farmers will have an obligation to inform local residents if spraying in reduced buffer zones.

However, there is an exception to the exception. The buffer zones can be reduced as soon as the process to implement a charte d’engagement is launched.

It means farmers can apply for the charter and then immediately reduce the buffer zones. And, as the charter is not yet approved, they have no obligation in this situation to inform local residents of the reduced zones.

Verify these three points if you are affected

Mr Vannier advised our reader to consider these three points:

You can see an example of a charte d’engagement that has been adopted in the Lot-et-Garonne department at this link.

What can you do if you have problems with pesticides?

France Nature Environnement has set up a web page and application where you can signal issues with pesticide spraying, called Sentinelles de la Nature.

Alternatively, Mr Vannier said you can try to speak to local environmental associations to ask for their support or further advice specific to your case. FNE has prepared a kit that gives tips on how to create a dialogue between farmers, local authorities, associations and other actors about the safe use of pesticides. The association is also continuing to fight for more rights for people affected by pesticide spraying. You can support the organisation here.

The group has been fighting since 2006 for people’s rights to “live far from pesticides”. You can read about their long campaign here.

In 2021, France’s Constitutional Council handed down a decision that sided with the group’s campaign.

It recognises that the system of “commitment charters” aimed at reducing the buffer zones between homes and fields has a direct and significant impact on both biodiversity and health.

“These charters and the pseudo-consultations that accompany them do not comply with the constitution, and more particularly with the Charter for the Environment,” the association states.

Mr Vannier said, “we are now pushing for new regulation that protects local residents from these sprays, whose toxicity has been proven”.

France must improve farm pesticide rules for workers and locals