A guide to the city of Zagreb, Croatia's intriguing capital | National Geographic 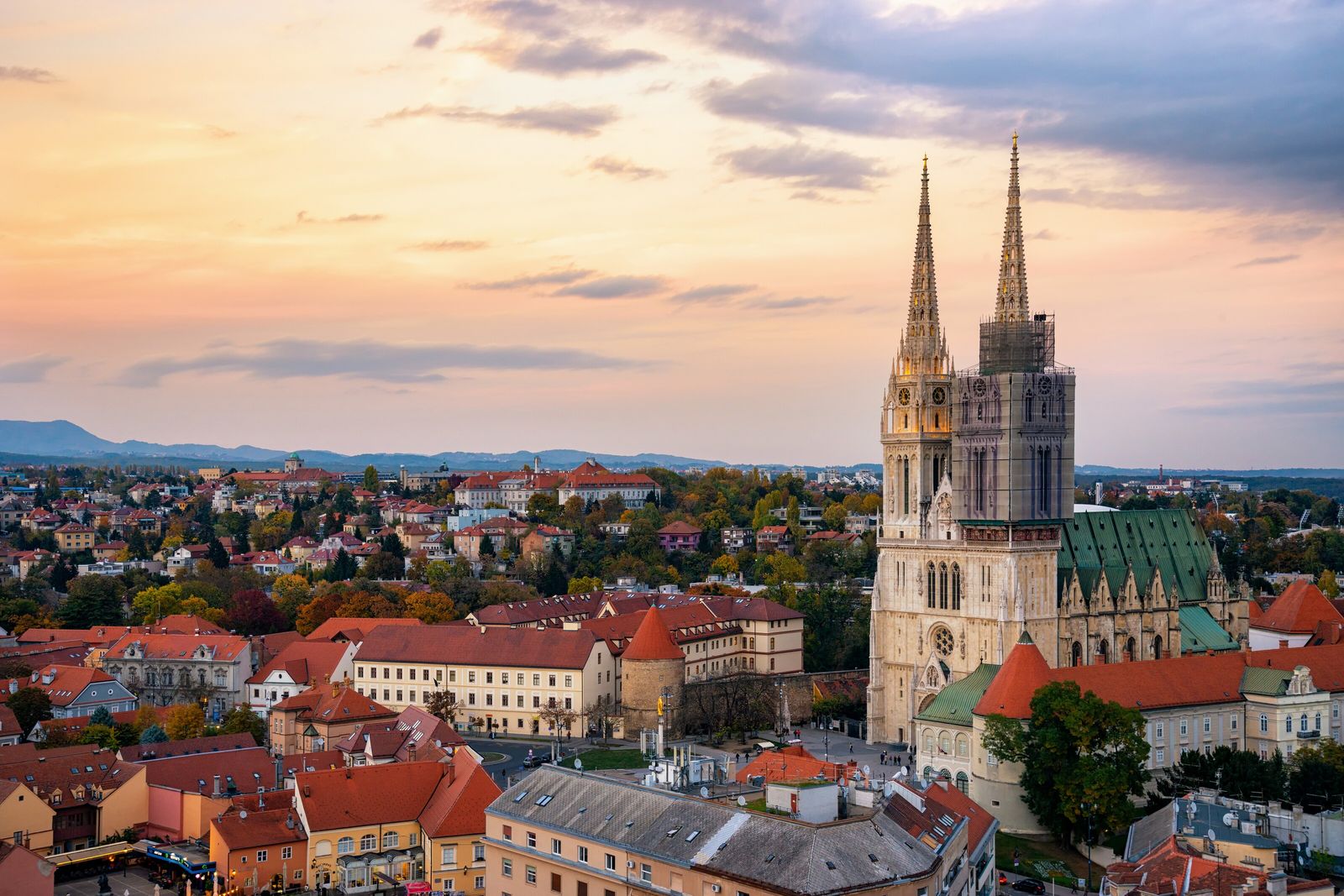 Locals like to say Zagreb is a big town disguised as a small city. Its laid-back rhythm and leafy charm is apparent from the first moment visitors set out into the Croatian capital. Residents, up with the sun, make a beeline for outdoor markets to visit their trusted butchers and favoured vendors, whose produce — a rainbow of fruit and vegetables, just-baked cornbread, rows of fragrant honey — is largely drawn from the surrounding countryside. A diverse citizenry of designers, businesspeople, musicians, artists and catholic nuns pass each other on the main square, walking to their respective workplaces; people, young and old, gather on terraces for rakija (schnapps) and kava (super-strength coffee) at all hours. Early evening, families promenade city streets and piazzas to catch up with neighbours. It’s easy to believe you’ve just discovered the very essence of European life.

Wedged into the Dinaric Alps, Zagreb is a two-hour drive from the Adriatic coast and it’s this remarkable geography that lends the city its unique character. The city’s strength comes from its amalgam of European sensibilities; a place where Mediterranean vibes and Slavic Continental climes combine. But such are the coastal riches of Croatia that its chief city — home to around 800,000 people — is often treated as a stopover for visitors on their way to the sea.

No matter. What lingering travellers quickly find is that this is a city that takes care of its own. Cafes spill across squares and streets, because Purgers (as folks from Zagreb call themselves) like to luxuriate over multi-hour, coffee-fuelled conversations. Museums and galleries display world-class collections to accommodate local tastes, and the capital’s stages showcase productions for discerning native theatregoers. This isn’t a city that goes out of its way to cater for tourists, and it’s all the more beguiling for it. The key is for travellers to lean into the rhythms of local life.

Stretching north from the Sava River to the foothills of the Dinaric Alps, Zagreb’s neighbourhoods offer eclectic rows of architecture from secessionist and neo-baroque to gothic brutalist and beyond. But it’s the proliferation of parks, gardens and leafy hills that dominate Zagreb’s landscape, coming into spectacular bloom in spring but hosts for festivals year-round. With its easy, natural charm Zagreb isn’t a city that tries hard to win visitors over — so it’s almost quite likely, therefore, that it will.