How Bitcoin Mines Were Airlifted From China to the US – VICE 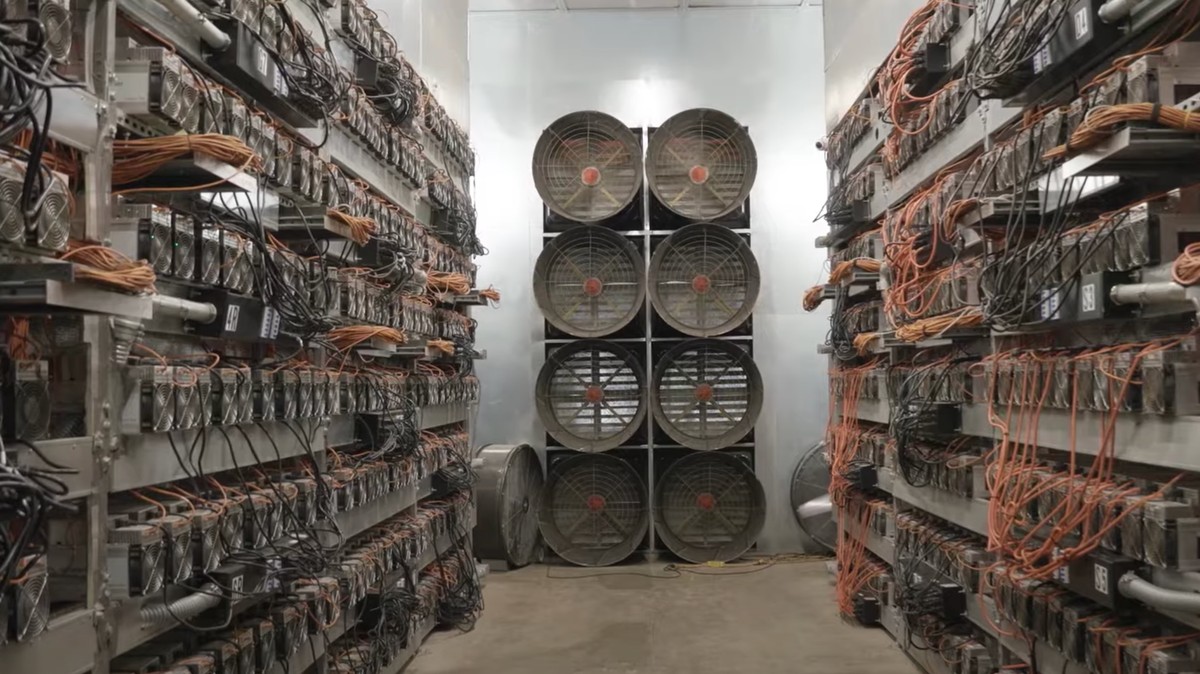 This article is based on reporting for the seventh episode of CRYPTOLAND, Motherboard’s documentary series about how cryptocurrency is affecting culture, politics, the environment, and our shared future. Watch it on Motherboard’s YouTube.

Outside a warehouse in upstate New York, Sam Tabar stands transfixed, gazing at a pile of coal as a Caterpillar excavator scoops chunks up for removal. His company, Bit Digital, is one of the world’s largest cryptocurrency mining firms, and it has taken over this former coal plant for its own operations.

“It’s come full circle now,” he marvels. “We have these places that were devastated by China’s takeover of manufacturing,” referring to American Rust Belt deindustrialization over the past few decades. But now, “the future is coming back to Buffalo, thanks to China.”

China once dominated the Bitcoin mining market, the computing process by which new Bitcoin enters circulation. The country once accounted for more than 80 percent of the world’s Bitcoin mining. But in the way authoritarian states can, Beijing decided to ban all foreign cryptocurrencies last year in part to bolster its own centrally-controlled digital yuan. As miners scrambled to move their valuable hardware out, they made bets on which countries were safest to install their machines. By geographic proximity and the promise of cheap energy, some transferred their assets to Russia and Kazakhstan. Others opted for higher transport fees and sent their equipment to the United States. Given Russia’s invasion of Ukraine and Kazakhstan’s own violent political unrest this January, the choice has brought to sharp focus the mining risks in closed societies versus open societies.

Bit Digital had 30,000 ASICs—the machines used for mining—in China. Tabar, the company’s Chief Strategy Officer, and the rest of the team spent months shipping units, each worth thousands of dollars, out by plane, train, and boat. Choosing the United States made sense to Tabar.

“There’s rule of law, there’s transparency on decision making,” he says. The Biden administration’s March executive order on cryptocurrencies, though absent on specifics, indicates that the US views digital assets as important to maintaining American leadership in global finance. “I am hopeful that the FCC and other stakeholders [will] have a very thoughtful conversation about regulation and not stamp out innovation,” says Tabar.

Time was of the essence when companies were deciding where to relocate their machines. Every minute an ASIC is not plugged in is a minute it isn’t mining for potential Bitcoin. When miners look for efficiency, autocracies have their appeal. Leaders can make magic happen with a snap of their fingers. Kazakhstan saw an opportunity as mining units left China and its president, Kassym-Jomart Tokayev, welcomed crypto cowboys to his frontier, promising minimal regulation and cheap electricity.

Kazakh startup Enegix quickly threw up data centers where incoming miners could pay to plug in their machines. In addition to low energy costs, Enegix CEO Yerbolsyn Sarsenov touted its northern operations in the near-Siberian cold as an asset, because Bitcoin mines generate a lot of heat, and keeping ASICs from overheating can be a challenge at certain mines. Enegix’s facility is “dry and cool, so hardware has a long service life and stays operational for a long time,” he explains to Motherboard.

Short-term ease-of-setup in an authoritarian state, however, can translate to long-term uncertainty. Tokayev giveth, and he taketh away. A few months after the leader’s crypto pronouncement, the government unexpectedly limited the amount of power prospectors could tap into, saying it would be rolled back by up to 95 percent. Mining activity crashed overnight. As the future of mining in the country suddenly looked dicey, problems deepened as nationwide anti-government protests prompted a bloody crackdown.

Following the unrest, Tokayev has devoted the past few months to consolidating power and putting pressure on the family and associates of Kazakhstan’s previous leader, Nursultan Nazarbayev, who ruled for almost three decades. Some of these curbs included stopping their Bitcoin ventures. Along with pursuing elites, officials also went after smaller mining operators, forcing many unlicensed ones to shutter.

Alex Gladstein, author of Check Your Financial Privilege: Inside the Global Bitcoin Revolution and Chief Strategy Officer at Human Rights Foundation, believes most miners exiting China “would’ve preferred to have rack space in Canada, Iceland, Norway, or the United States.” China’s Bitcoin ban had happened quickly, and many Western operators were unprepared to absorb the flood of hardware. Kazakhstan, he argues, was more of a backup option.

Cambridge University’s Center for Alternative Finance shows Kazakhstan grabbing second place after the US in global Bitcoin mining rankings, but most observers expect it to slip this year. It may still stick around as a significant player, however, given Russia’s new status as a pariah state and a potential exodus of Russian miners who would prefer to operate in a country free of sanctions. While the fall of the ruble has led to cheaper energy costs in Russia, miners there will soon face difficulties procuring hardware. Several firms have already pivoted from Russia to Kazakhstan. Enegix’s future success may partly depend on this second migration of ASICs.

The outcome for now however, puts the US firmly in the global lead, a warp speed transfer of wealth within one year from China — or a transfer of a boondoggle, depending on one’s assessment of cryptocurrencies. Bitcoin and other cryptocurrencies remain a highly divisive and debated digital development, and US politicians have wrestled over whether to welcome the industry to their respective jurisdictions.

Here US federalism is an asset, allowing states and cities to explore different policies. Texas has leaned in hard, with Senator Ted Cruz (R-TX), himself a Bitcoin investor, pledging the state will “become the center of the universe for Bitcoin and crypto.” Elsewhere however, including in New York State and imperiling Bit Digital’s operations there, legislators have introduced a bill seeking to impose a two-year moratorium on cryptocurrency mining.

Gladstein believes that Bit Digital and other companies would simply move to other states. Ultimately, he believes mining activity will largely settle in democracies. “You’re probably going to see over the coming decade the majority of infrastructure inside countries that have stronger rule of law,” he says.

For miners who must contend with the wild fluctuations in the value of Bitcoin and other cryptocurrencies, a reliable and stable business environment is most welcome.