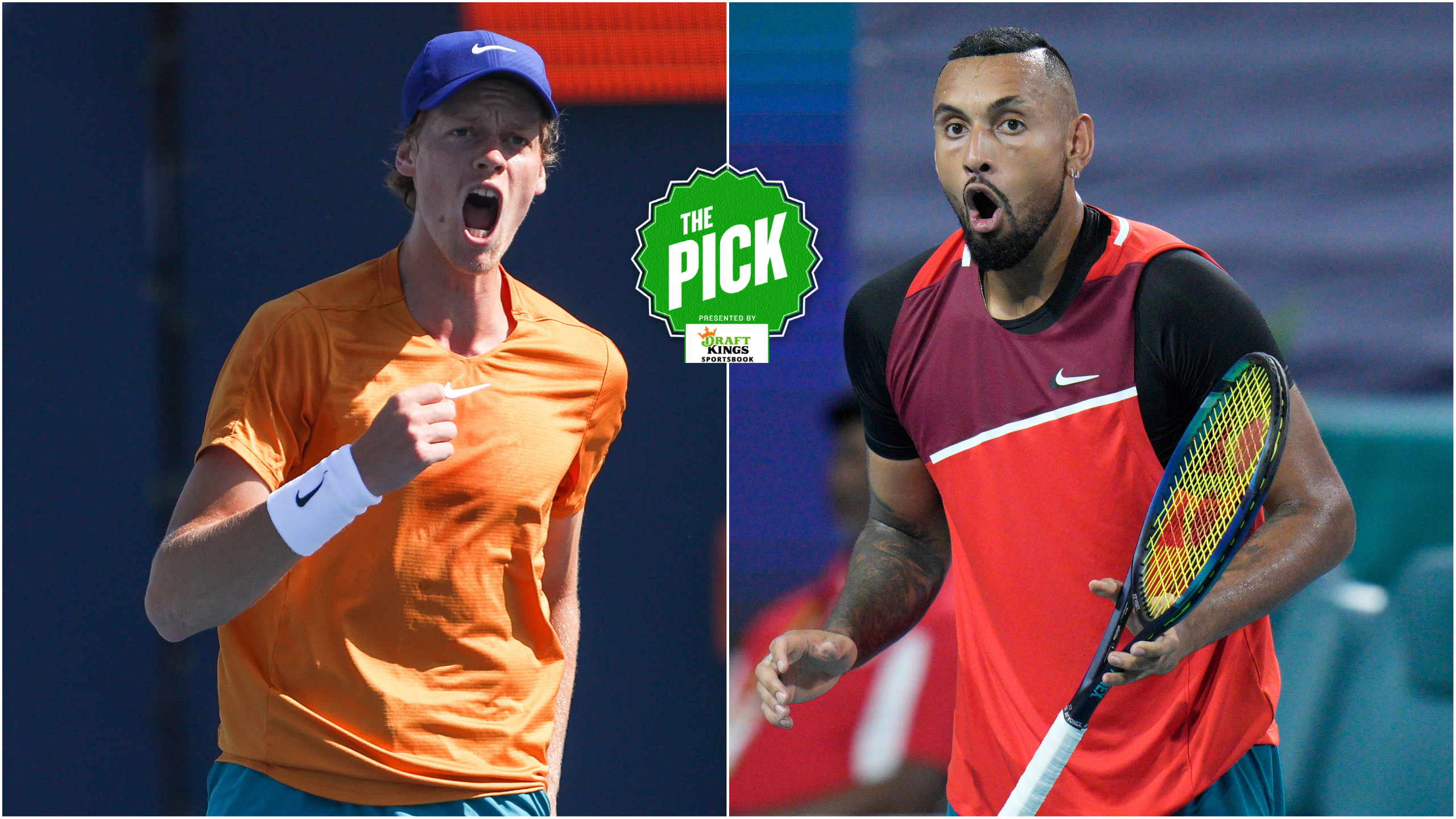 It’s been said time and again, but it appears that Kyrgios’ doubles run with countryman Thanasi Kokkinakis has helped reignite a passion for competition. The added tennis also shows that Kyrgios is locked in from a physical standpoint. That will be especially important in this meeting with Sinner. While Kyrgios hasn’t dropped a set in Miami, Sinner has had to battle in back-to-back three-set matches—all on the heels of withdrawing from the BNP Paribas Open. With that, it’s fair to question just how much energy the young Italian will bring.

It was extremely impressive that Sinner was able to outlast Pablo Carreno Busta in his last match; the 20-year-old erased five match points to ultimately come through with a 5-7, 7-5, 7-5 victory. But it was a narrow escape. Sinner gave his opponent plenty of chances to break serve, as he ended up saving 13 of 17 break points. That type of performance just isn’t going to cut it against Kyrgios, who will hold serve consistently, especially if Sinner is racking up unforced errors.

That is the main reason we expect the world No. 102 to get across the finish line against the world No. 11. We would advise backing Kyrgios as a -205 favorite here, if you’re comfortable with that type of juice. But he should also be able to cover the 1.5-game spread. That’s the most viable option for bettors in this match, and it covers you on the off chance that Kyrgios comes through in back-to-back tiebreakers.