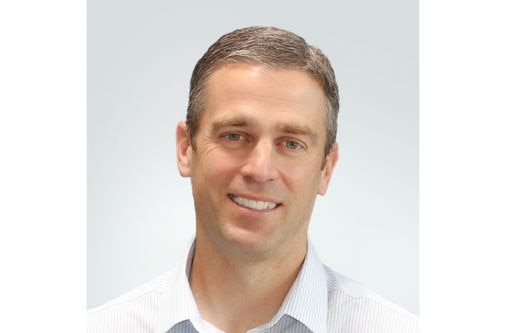 It may not be as well known as Zoom or Slack, but Boston software startup Robin also had a perfect offering for the reality that many workplaces won’t return to having all employees in the office every day.

The company, founded in 2014, makes logistics and scheduling apps for hybrid offices. The software lets workers indicate when they’ll be in the office and even shows where they’re sitting on a map, so coworkers can coordinate meeting in person. Other parts of the app help manage meeting spaces and office capacity, a particularly useful feature during the current Omicron wave.

Overall, the goal is to make a hybrid workplace, with people working sometimes in the office and sometimes remotely, more efficient.

“It’s the intersection between the two that is the real challenge,” said Micah Remley, Robin’s new chief executive who took over this month. “It’s this whole category that doesn’t even exist yet — hybrid-work companies that help us span the gap between virtual and in-person and make that move seamlessly.”

The trend is increasingly relevant for employers. About 1 in 4 employees said they worked completely out of the office and another one-fifth said they sometimes worked remotely in a Gallup poll last fall, down only slightly from a year earlier. (The poll included adults employed full time who were not self-employed.)

And even more people would like to go hybrid. Some 73 percent of employees said they prefer flexible remote work options in a survey of 30,000 professional workers conducted by Microsoft last year. At the same time, 67 percent said they did not have enough in-person time with co-workers, which highlights one of the problems that Robin is trying to solve.

Ultimately, many workplaces will end up with employees spending only one or two days a week in the office, predicts Harvard professor Raj Choudhury, who has studied hybrid work issues but is not affiliated with Robin. That means that successfully coordinating time for teamwork and collaboration will be critical, Choudhury said.

“We need technological tools to schedule everything and plan everything so I’m going into the office on days when my entire team is there,” Choudhury said. “If I go in when my team isn’t there, it defeats the entire purpose.”

There is also a problem when employees go into the office only to spend the entire day stuck in virtual meetings with remote colleagues. Stanford professor Nicholas Bloom, who also studies the workplace, thinks better software could help.

“This is painful, destroys the energy in the office, and means people are spending hours each day Zooming from the office,” Bloom said. “Software to schedule this will obviously be extremely helpful, indeed critical, once the return to the office gets underway in the spring.”

Robin CEO Remley took over the top job from cofounder Sam Dunn, who is staying on as a board member and adviser.

Remley was previously CEO of Boston payments startup MineralTree, which was bought by Global Payments for $500 million last year. He also spent 12 years at EnerNOC, rising to the level of senior vice president at the energy software firm.

Robin will be adding many more features to its software in the future, Remley said.

“There’s so much more we can do,” he said. “We see this being a category just the same way remote-working tools Zoom and Slack are. We see hybrid work being its own category, around context. So we really see the opportunity to redefine what the workplace is.”