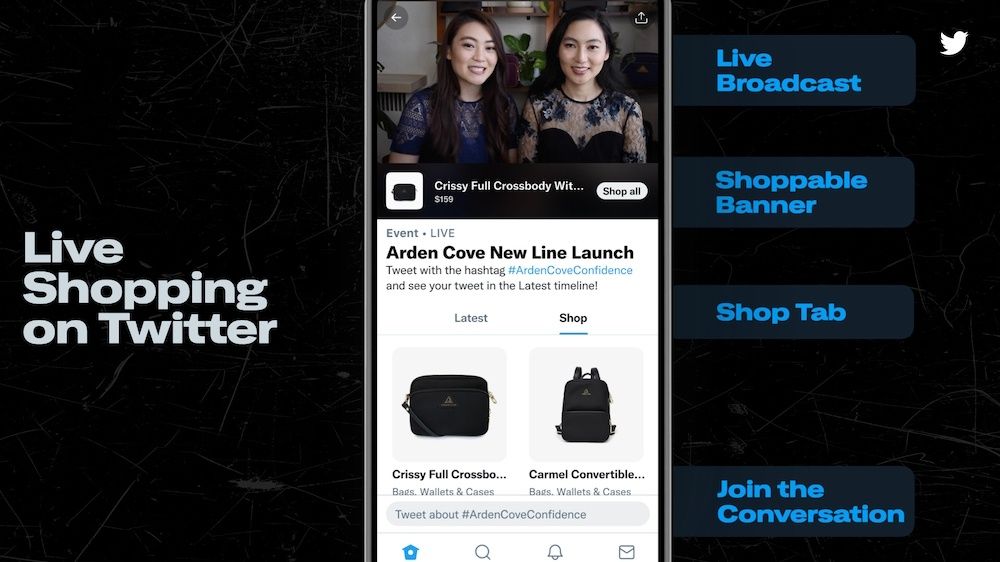 Twitter’s previous efforts at making the platform friendly for business and shopping did not meet with any great success. The microblogging site, which felicitously lends itself to creating opinions and spreading news, hasn’t cracked the online shopping conundrum yet. However, given that social platforms are relying on shopping as a means to monetization, Twitter has little choice.

Given this situation, Twitter is taking another crack at a new shopping feature on its platform this weekend. In conjunction with Walmart, the microblogging app will be testing a live shopping feature that will allow users to buy products promoted during a real-time video broadcast.

The event, scheduled for November 26, is part of Twitter’s efforts to grow revenues  through e-commerce. It is ideally timed to coincide with the peak shopping season in the US and other countries.

“We are conducting our first test of Live Shopping in collaboration with Walmart, where they will be kicking off Cyber Week with singer, songwriter, dancer and social media superstar Jason Derulo for the first-ever shoppable livestream on Twitter,” Twitter announced

“Starting at 7pm ET on Sunday, November 28, people can watch and shop from @Walmart (on iOS and desktop), where Jason will host a 30-minute variety show highlighting electronics, home goods, apparel, seasonal décor, surprise special guests and much more,” it said.

Twitter’s live-stream shopping will enable users to tune into the live broadcast, with shopping options displayed below the video feed. That is they can watch the video and also simultaneously shop.

Users can browse a product catalog while watching the live video, and when they click to make a purchase they will be sent to Walmart’s website to complete the transaction.

Twitter has been trying a few in-stream shopping options over the past year. Twitter, which began testing the Shop Module with select brands, will also be launching it to more merchants in the United States in the coming weeks. The Shop Module also builds on its efforts around Professional Profiles, which it started introducing earlier this year.

Twitter further said that it would start testing a new way to house merchant onboarding and product catalog management tools via the Twitter Shopping Manager. This will give merchants a one-stop-shop for managing how they show up on Twitter.

If these new attempts at making shopping work on Twitter doesn’t pay the required dividends, then the platform will find itself in a spot.