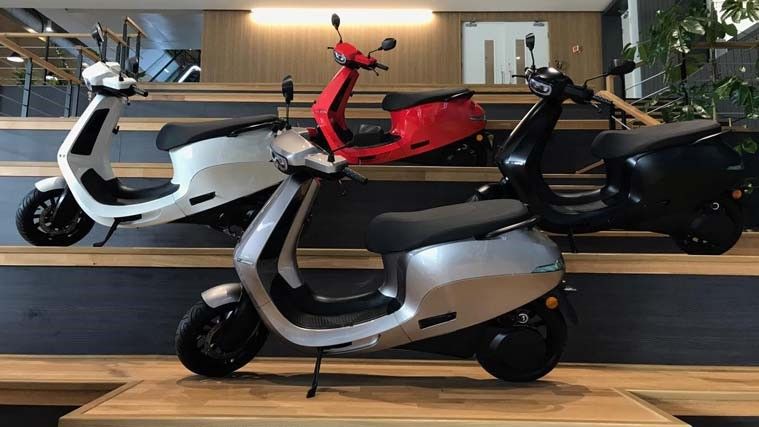 Despite the publicity overdrive that accompanied the unveiling of its S1 and S1 Pro electric scooters, Ola Electric has been unable to stick to its delivery timeline as the ongoing chip shortage seems to have hit it hard.

Ola, which was supposed to begin the delivery of the first batch of its much-touted electric scooters from the end of this month, has now postponed it to around December 15.

A decision to this effect was taken by the company late last week after the factory team informed the top brass of the delay in the arrival of chips causing havoc in its own supply schedule.

“There is a problem and the situation is evolving. But I think we are better off than others because we had planned for the shortage so the impact is not that pronounced,” said Varun Dubey, Ola Electric chief marketing officer was quoted as saying in media reports.

Though the cause for the delay is understandable, this is indeed a bit of embarrassment for Ola that had gone to town with the news of its scooter being overbooked on the very first day of its announcement.

Apparently Ola has intimated customers waiting for delivery of the its S1 and S1 Pro electric scooters that are being churned out of its massive Future Factory in Tamil Nadu. Media reports have it that Ola, consequent to this delay, has halted any new bookings till the chip shortage is sorted out.

This delay has had a cascading effect on the second purchase window for Ola scooters in India. Those that had reserved a slot for future booking of Ola Scooters by paying an advance amount (Rs 499) have to now wait for more time for the second purchase window that was originally slated to open around December 16, by which time Ola had hoped to complete the delivery of its first lot.

The S1 variant of Ola electric scooter is priced at Rs 1 lakh and the S1 Pro variant is pegged at Rs 1.3 lakh (ex-showroom, before State subsidies).

Ola has tied up with chip-major Qualcomm for the all-important 4G-connected octa-core android platform that provides connectivity and computing capabilities. Qualcomm is said to gets its chips manufactured by third party players.

Qualcomm India had already indicated that it was working to streamline its chip delivery by April 2022, and till then some industries like automobiles will face the brunt of the crisis that is sweeping the world chips market.

The importance of chips for electric vehicles need not be overstated. It is said that a two-wheeler requires about 15-20 microchips and sensors while cars need between 150-200.

Ola started bookings from September 15 and in fact had ideas of beginning delivery by October, which in itself was pushed back due to production bottlenecks as we noted in one of our earlier reports.

Ola has repeatedly claimed that its FutureFactory is capable of churning out millions of scooters every year and had started accepting orders even when the first phase of the factory was complete.

But, to be fair, Ola is not the only electric scooter player facing chip shortages. Its rival Ather is also facing the same predicament.

“The delivery time for the chips was earlier 3-4 weeks; now it is 36-38 weeks. For growth players like us, it is a big constraint,”  Tarun Mehta, co-founder of Ather Energy had recently said.