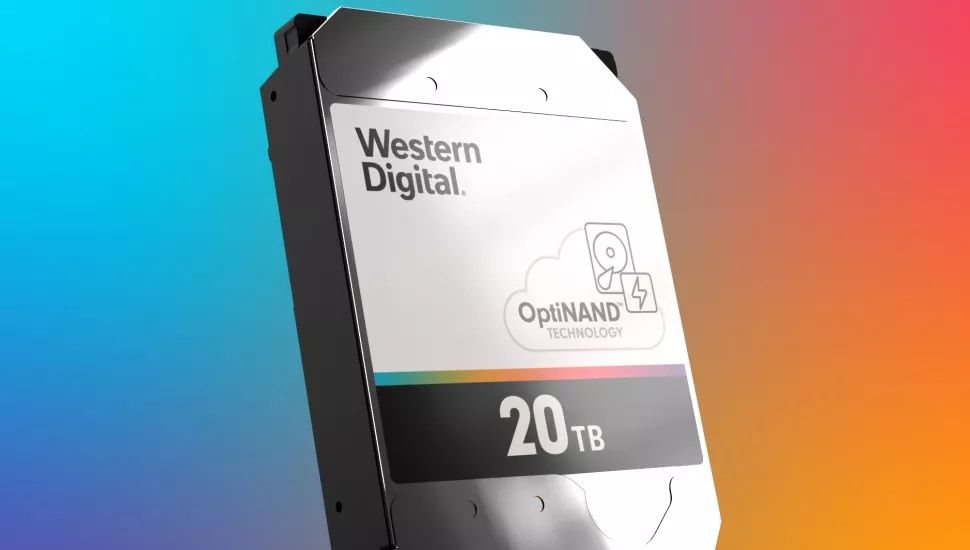 Western Digital has unveiled not one but two 20TB hard disk drives (HDDs) with its new Ultrastar DC HC560 and WD Gold HDD.

Both of the company’s new large capacity drives are available in the standard 3.5-inch form factor and feature its proprietary OptiNAND technology. OptiNAND integrates INAND Universal Flash Storage (UFS) Embedded Flash Drive (EFD) with traditional spinning disks which allows a total of 20TB to be packed onto nine platters with each platter containing 2.2TB of storage.

At the same time, both the 20TB Ultrastar DC HC560 and the 20TB WD Gold HDD utilize Energy-Assisted Magentic Recording (EAMR), HelioSeal technology to reduce air drag on the rotating platters and a triple-stage actuator (TSA).

President of global technology and strategy at Western Digital, Siva Sivaram provided further insight on these technologies in a blog post published back in August of this year, saying:

“With our IP and world-class development teams in HDD and flash, we are able to continuously push the boundaries of innovation to improve our customers’ storage infrastructure. We have had an extraordinary journey of HDD innovation. We changed everything with HelioSeal in 2013; were first to ship energy-assisted HDDs in volume in 2019; and now we’re going to lead again with OptiNAND technology. This architecture will underpin our HDD technology roadmap for multiple generations as we expect that an ePMR HDD with OptiNAND will reach 50TB1 in the second half of the decade.”

Although most PC users have made the switch to solid state drives (SSDs) for their storage needs due to their increased speeds, hard disk drives along with magnetic tape are still frequently used to store large amounts of data.

While Western Digital’s new HDDs feature the same amount of storage, their intended use cases are a bit different. The Ultrastar DC HC560 will likely be used by cloud storage providers and in small business servers, business security systems and NAS devices while its WD Gold HDD is designed for enterprise businesses running heavy-duty workloads for extended periods.