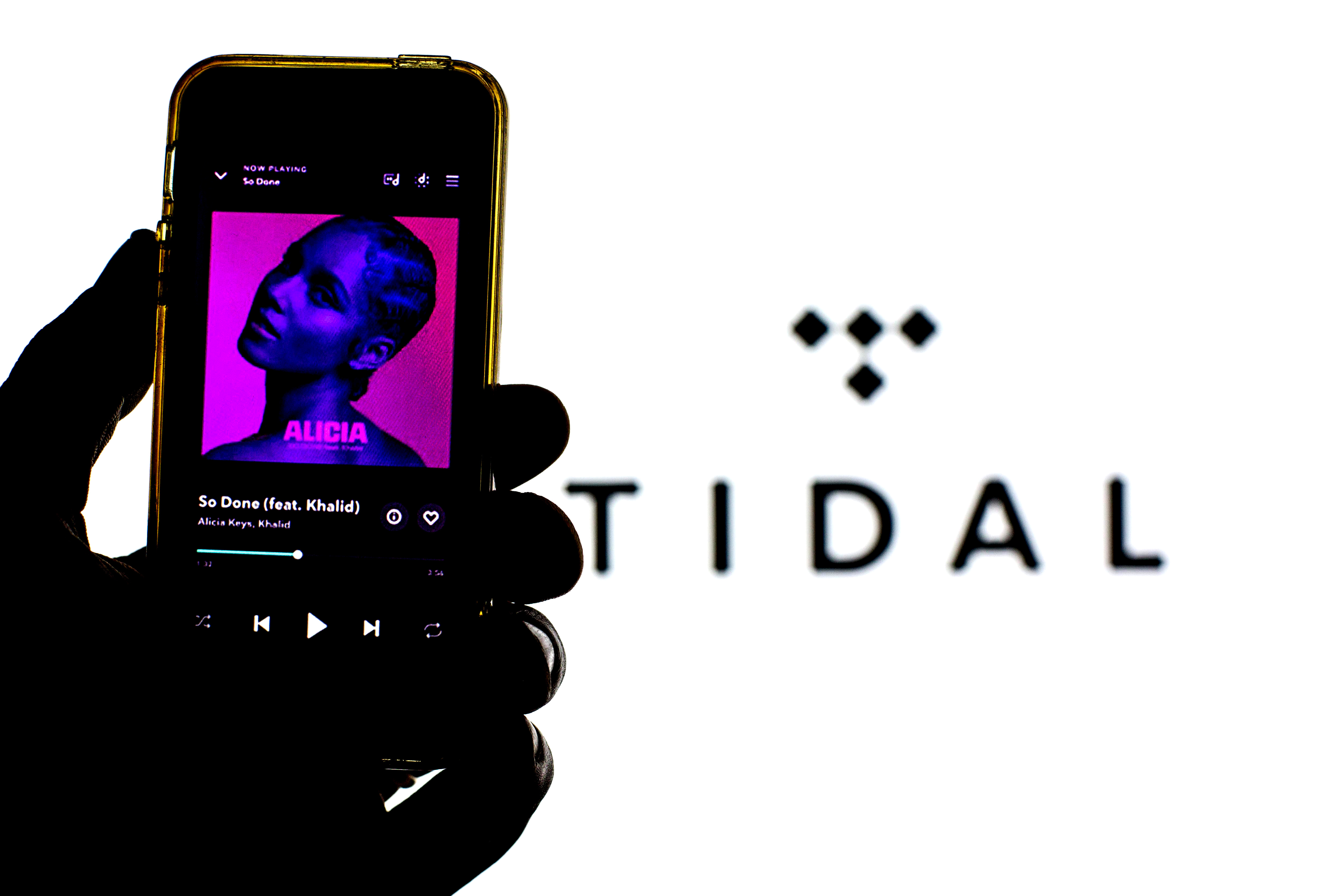 Tidal is adding a free, ad-supported tier as it seeks to expand its user base. The option, which is only available in the US for now, includes access to Tidal’s entire library of 80 million songs as well as playlists. The service noted on Twitter that it’s introducing the free tier to “remain competitive” with its rivals, eight months after Square bought a majority stake in the company. Tidal says the plan is rolling out on Android and “will be available on all devices in the coming days.”

There are some trade-offs beyond occasional ads, of course. The audio quality tops out at 160 kbps, there’s no offline listening option and it doesn’t appear that you’ll have unlimited skips. The later feature is mentioned explicitly as part of the revamped $10/month Tidal HiFi plan.
Tidal says users on that plan can now listen to music in HiFi quality — up to 1,411 kbps. There are no ads and you’ll gain access to more than 350,000 videos. Users can listen to music in HiFi quality on connected devices through Tidal Connect, and they’ll be able to track and share what they’re listening to via a new activity feed.

In addition, there’s a $20/month HiFi Plus plan. It includes everything from the HiFi tier, as well as master-quality audio at up to 9,216 kbps. The plan also offers immersive, spatial audio formats, such as Dolby Atmos and Sony 360 Reality Audio, and early access to upcoming features. Both HiFi plans are available in all countries in which Tidal operates.

What’s more, the HiFi Plus tier has a couple of new features centered around artists. One of those is direct-to-artist payments, which Tidal is rolling out today. Every month, 10 percent of a HiFi Plus user’s subscription fees (i.e. $2) will go to the artist they listen to the most. That’s on top of regular streaming royalties. It’s another way for users to support their favorite artists.

Starting in January, Tidal will roll out a revamped artist payment system called fan-centered royalties. Every time a HiFi Plus user listens to one of their songs, they’ll receive a “significantly higher” per-stream payment than other music streaming services’ payouts. Apple Music pays a penny per stream, while artists have long been asking Spotify for a similar rate.

Tidal says “royalties attributed to HiFi Plus subscribers will not be aggregated.” Payments will be tied to each individual user’s listening activity, but only on that tier. HiFi Plus users will be able to see how those payments are divvied up through their activity feed.

In addition to revamping the payment model, Tidal is aiming to ensure “quick and seamless” payouts to artists around the world. It’s working with Square, Cash App and PayPal to facilitate those.

These are bold, but perhaps necessary moves by Tidal as it aims to become more competitive with larger music streaming services. Tidal was one of the first major proponents of lossless audio, but as rivals started offering that option at no extra cost, it more or less had to bring that option to the $10/month plan.

Apple Music added lossless and Dolby Atmos spatial audio features in June. Amazon Music Unlimited dropped the premium fee for HD and Ultra HD streaming in May. It too offers spatial audio as part of the regular plan.

Meanwhile, many of Tidal’s rivals have long offered ad-supported free streaming options, including Spotify, Amazon Music, Deezer and YouTube Music. At the opposite end of the scale, Spotify announced plans in February to roll out a CD-quality audio plan, also called HiFi, in select markets at some point this year. It has yet to do so.