Kartik Aaryan’s Dhamaka set arrive on OTT platform: Here’s how to catch it 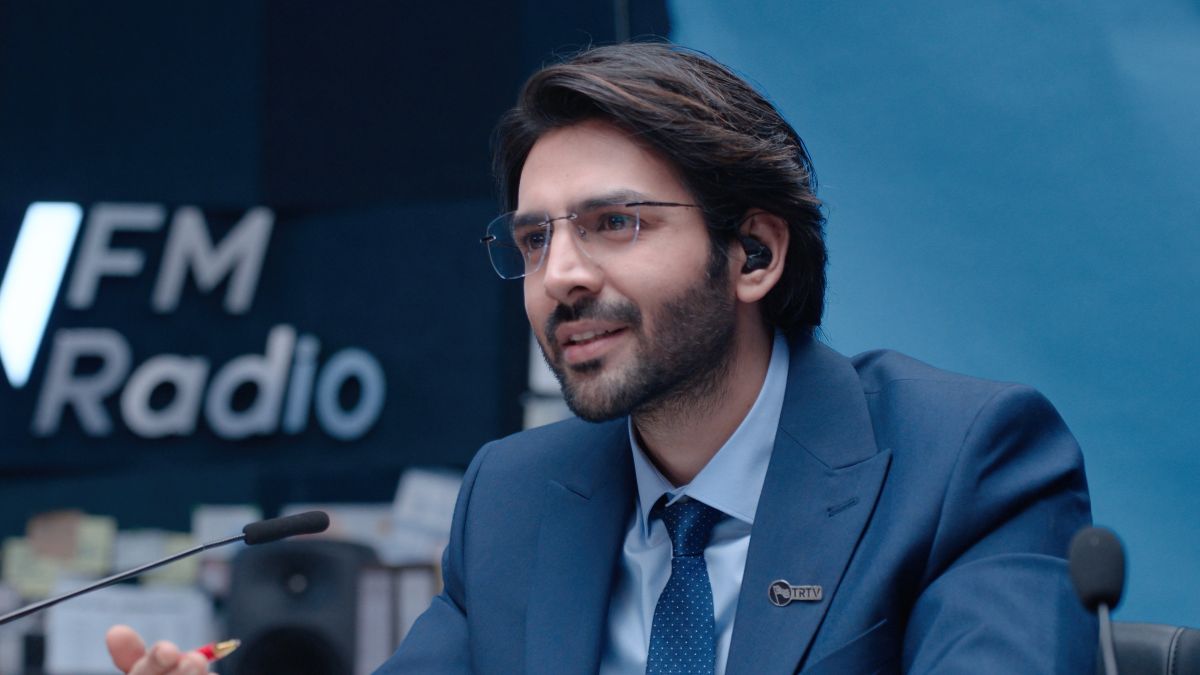 Actor Kartik Aaryan has been identified as a chocolate-box hero in his short career so far. In that sense, the young handsome hero is stepping into the unknown in his next Dhamaka in which he plays a TV news anchor caught in a mind war with a terrorist. The news anchor character, Arjun Pathak, is caught between personal predicament and professional commitment.

Dhamaka directed by Ram Madhvani, will stream in the Indian OTT space from November 19, and is said to be based on the 2013 South Korean film The Terror Live.

Dhamaka also stars, among others, Mrunal Thakur and Amruta Subhash.

Dhamaka to stream on Netflix

Dhamaka is said to have been shot in just 10 days flat late last year. The film’s post production works and the pandemic second wave ensured that the movie is releasing only now.

Kartik Aaryan, meanwhile, has also completed shooting for Bhool Bhulaiyaa 2 and Freddy, and is currently shooting for Shehzada.

Kartik is all thrilled for his role in Dhamaka. At the film’s trailer launch earlier, he had said: “What excited me more was when Ram Madhvani offered me this film (it was) life altering. I didn’t ask anything much and instantly said yes. I sincerely followed him. You will not see me, you will see Arjun Pathak.”

After playing a role of a news anchor, the actor said he has a newfound respect for the people who work in the media industry. He added that he has realised that the job of a mediaperson is not at all easy.

Kartik confessed that being Arjun Pathak was quite difficult. But the actor overcame it smoothly as the director’s method of getting Arjun out of him was different.

Dhamaka will stream on Netflix from November 19. This is another big ticket straight-on-OTT release.

Netflix is hoping big on Dhamaka as its previous big release Meenakshi Sundareshwar had a mixed bag in terms of response. The film got panned for not getting right the Tamil sensibilities.

The film had dealt with the travails of long-distance relationship between a young couple from two Tamil families.