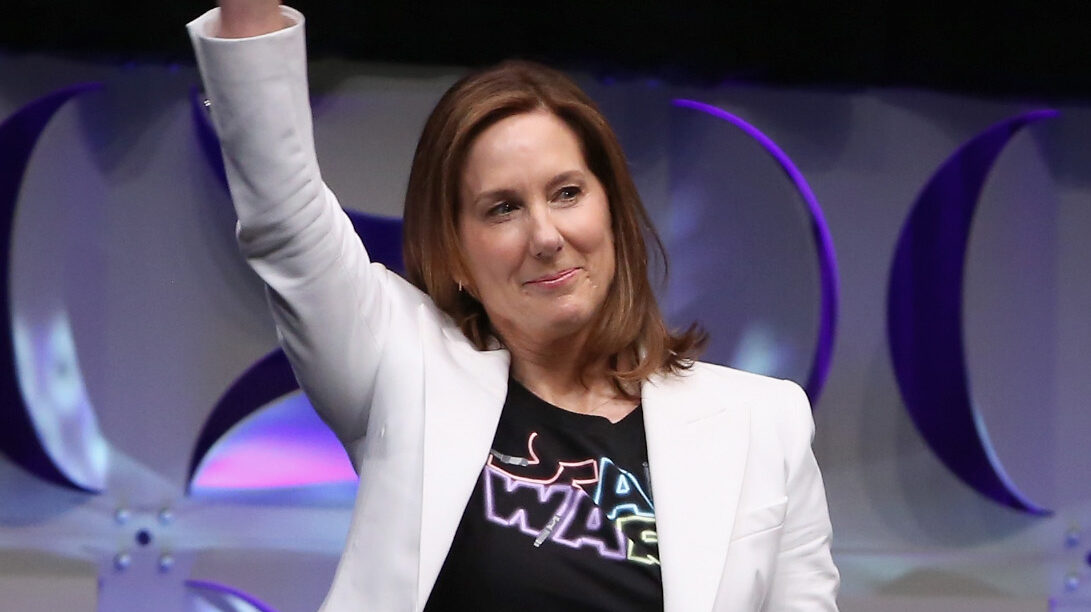 I’m betting I wasn’t the only one who chuckled when the news broke on Tuesday that the Patty Jenkins Star Wars film—the one that Disney trumpeted with a video of the Wonder Woman director saying her goal was the “greatest fighter pilot movie ever made”; the one that had a title, Rogue Squadron, and a release date, in 2023; and the one with the it’s-really-taken-this-long? designation as the first Star Wars film to be directed by a woman—was not happening. Well, not not happening, just delayed indefinitely, if you believe Disney. Scheduling problems, prior commitments, we’ll regroup next year, yadda yadda.

I talked to a few insiders this week that said the real culprit was the dreaded “creative differences”; specifically, Jenkins couldn’t agree on the script with Lucasfilm executives, including senior V.P. Michelle Rejwan. That’s not unusual, of course, but it’s a laughably recurring problem at Lucasfilm under president Kathleen Kennedy, say agents: Top filmmakers are dying to make a Star Wars movie—until they sign on and experience the micromanagement and plot-point-by-committee process. It happened to the Game of Thrones guys, David Benioff and Dan Weiss, who were hired to create a new trilogy but bailed. It also happened to Rian Johnson, writer and director of 2017’s The Last Jedi, whose own planned trilogy was shelved. Jenkins wasn’t willing to dick around, and she has other projects, notably Wonder Woman 3 at Warner Bros., where she enjoys more creative freedom. (Disney and personal representatives for Jenkins and Kennedy declined to comment.)

You’ll forgive my skepticism when it comes to Kennedy’s management of the Star Wars film franchise. Since 2012, when Disney paid $4 billion for George Lucas’ company and installed Kathy (everyone calls her Kathy) as his handpicked steward, Disney has sold billions of dollars in toys, books, games and merchandise; incorporated Star Wars lands into its theme parks; pioneered virtual production techniques at Industrial Light and Magic; and generated a slew of TV projects, including The Mandalorian, by far the most important series to Disney+. But when it comes to the Star Wars films—the basis of the franchise, and the skillset that Kennedy, one of the most successful and prolific film producers of all time, brought to the company—what a mess. It might seem hyperbolic to say that, given that the five Star Wars movies under Disney’s umbrella, beginning with 2015’s The Force Awakens and ending with 2019’s The Rise of Skywalker, have collectively grossed about $6 billion. But the litany of botched productions and missed opportunities could form the curriculum for a film school seminar called Franchise Mismanagement. Let’s briefly revisit:

That’s what really baffles the film executives I talked to: The apparent lack of long-term planning or I.P. management for which Disney is typically the standard-bearer. Kennedy made five films based on the most beloved property in the galaxy and then…there was nowhere to go, no storylines to follow, no characters that demanded more, no filmmakers whose next installment the fans were jonesing to see. And because Solo flopped, everyone is going to be skeptical about any character-based standalones. Kennedy seemed to approach the franchise like a producer; just finish this movie, make it as good as you can, and then deal with the next one later. And it caught up with her big time.

I know it’s unfair to compare Lucasfilm to Marvel, a unicorn hit factory that is blessed with thousands of characters from decades of comics. But Lucas’ Star Wars galaxy isn’t exactly bereft of stories, as Jon Favreau and Dave Filoni have proven with the Mandalorian spinoffs like the upcoming Book of Boba Fett and Ahsoka series. (And yes, if I’m criticizing Kennedy for the Star Wars film output, I need to also give her credit for what Favreau and Filoni have accomplished, which is pretty stunning.)

But it’s obvious that Marvel’s Kevin Feige, a fanatic for his genre, sees the bigger picture, and anticipates what his fans want before they want it. He’s also got a group of creative lieutenants that can manage all the projects, allowing Marvel to release three movies a year, plus the Disney+ series, and successfully enable filmmakers like the Russo brothers (Avengers), who were directing episodes of Community, or Taika Waititi (the Thor sequels), who was known only for tiny projects; or Nia DaCosta (Captain Marvel 2), off the Candyman horror reboot.

After nearly a decade in charge, it seems clear Kennedy isn’t that person, and doesn’t have that team in place, for Star Wars  to thrive as a film franchise. If Feige, who is working on his own Star Wars film, can’t take on all the movies, and Favreau and Filoni don’t want it, then Chapek needs to find some new blood.

Kennedy has a lot of good things happening at Lucasfilm, and I’m told she recently re-upped her deal for another three years. She’s a producing legend, up there with the best who have ever done it. But Star Wars as a film franchise is a disaster, and someone else should be given a chance to fix it.