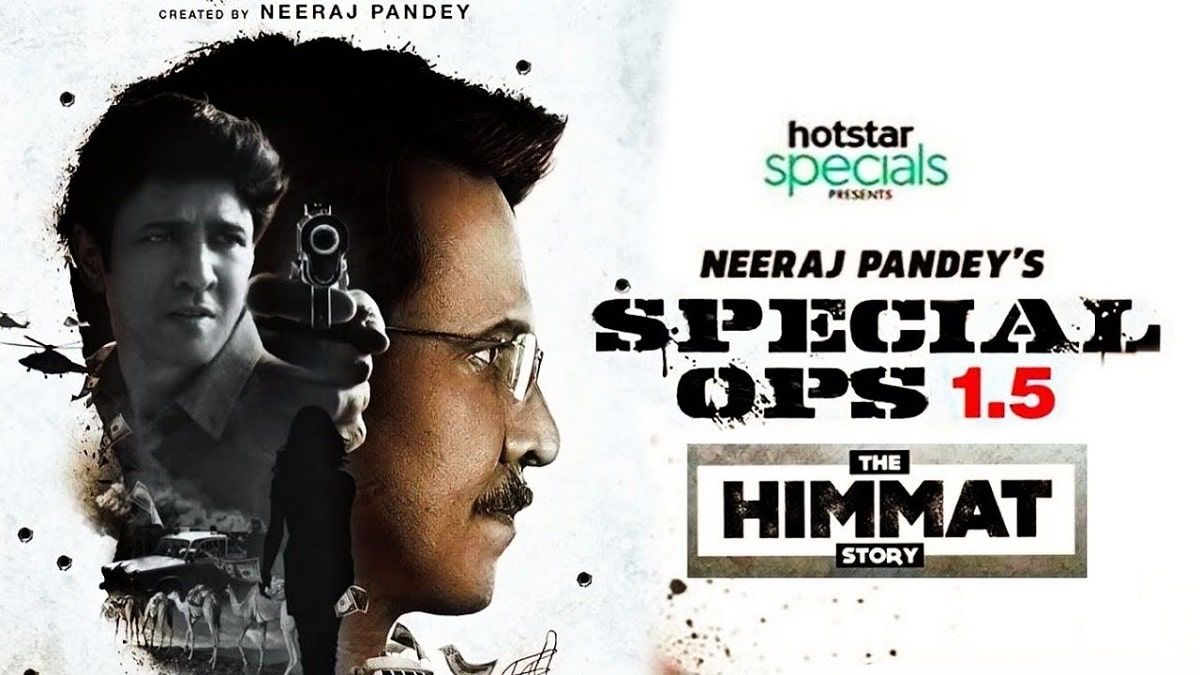 So what do have for our weekly list of Indian offerings on the various streaming platforms? It is going to be a true mixed bag. For, we have fare from every possible genre.

We have a horror comedy from Tamil in the form of Aranmanai 3. There is a Telugu fun drama series, and that would be 3 Roses. Squad is a Hindi action and emotion tale. Comedy and satire quotient will be upped by the Malayalam flick Kanakam Kaamini Kalaham. The Hindi web series Special Ops 1.5 will fall into the espionage thriller segment.

As you can see, there is something for every kind of watcher across a variety of the languages, be it Tamil, Telugu, Malayalam or Hindi.

But this week also has plenty of new releases on the theatre circuit and in the coming weeks many of them are bound to make it to the OTT circuit. So stay tuned for more.

Synopsis: This web series reflects the new-found maturity in Telugu mainstream offerings. This series talks of things from women’s perspective, but in a manner that is not preachy or strident. Instead, it takes the fun and breezy path that the three women protagonists traverse.

The common thread is the idea of marriage. It takes on the taboo subject of societal pressure on women to get married. But the series takes its humour seriously and has some zany one-liners. Also, the tale of a younger guy who wants to get into a relationship with a woman much older to him is handled with care and sensitivity.

Synopsis: This horror-comedy genre has been done to death, especially in Tamil films. That makers continuously churn them out indicates their essential popularity. This film follows the previous iterations in the Aranmanai franchise.

By now, you know the formula: A rambling haunted palatial house. The ghost, usually a female, is out to get the in-mates. There is a gaggle of bumbling, naïve characters troubled by the femme spectre. They are there to provide the usual gags. The hero, super smart and powerful, outwits the spirit till it takes a new avatar in the next edition.

Aranmanai 3 will be predictable. But that is not the point of the movie. The jokes and the mystery part are the key. In any case, the viewers are lapping up such fare.

Synopsis: The film has both action and emotions aplenty. The story is about an alleged army deserter and an orphaned kid. In the backdrop to this is the battle between crack commandos.

Rinzing, the son of veteran Bollywood actor Danny Denzongpa, debuts in this film. He said working on this movie was a rollercoaster ride. “We’ve seen everything through this film – extreme weather and logistic issues due to restrictions during the pandemic but yet we were more on top.” It is also the debut film as a senior for Malvika Raaj, who had played the role of young Kareena Kapoor in Kabhi Khushi Kabhie Gham.

The film’s trailer dropped two weeks ago, and going by it, one gets the feeling that  viewers are in for a fun ride as the film is peopled by a caboodle of zany actors. Pauly is reportedly an acting teacher in the film.

Balakrishnan Poduval, who caught everyone’s eye with his Android Kunjappan, has directed the film. His earlier movie was about a robot giving company to an elderly person in a house where the humans got busy with their daily chores.

Synopsis: The popular Special Ops show returns with a new season. Special Ops 1.5, directed by Neeraj Pandey is about the aftermath of the 2001 attack on the Indian parliament.

The first season of this espionage thriller was manfully shouldered by Kay Kay Menon as the hard-as-nails secret agent Himmat Singh. In the second series, we also get a background to this moody and shady operator. In that sense, this could be a prequel to the first season.

The four-part series has plenty of thrills and action sequences and have been filmed in multiple locations like Mumbai, Delhi, Malaysia, Ukraine, and Mauritius. Through the series, you get a good background of espionage operatives and their operations.

This is also the weekend of the ICC T20 World Cup in the UAE. Cricket and cinema, as a combo, is hard to beat for entertainment fix in these parts.