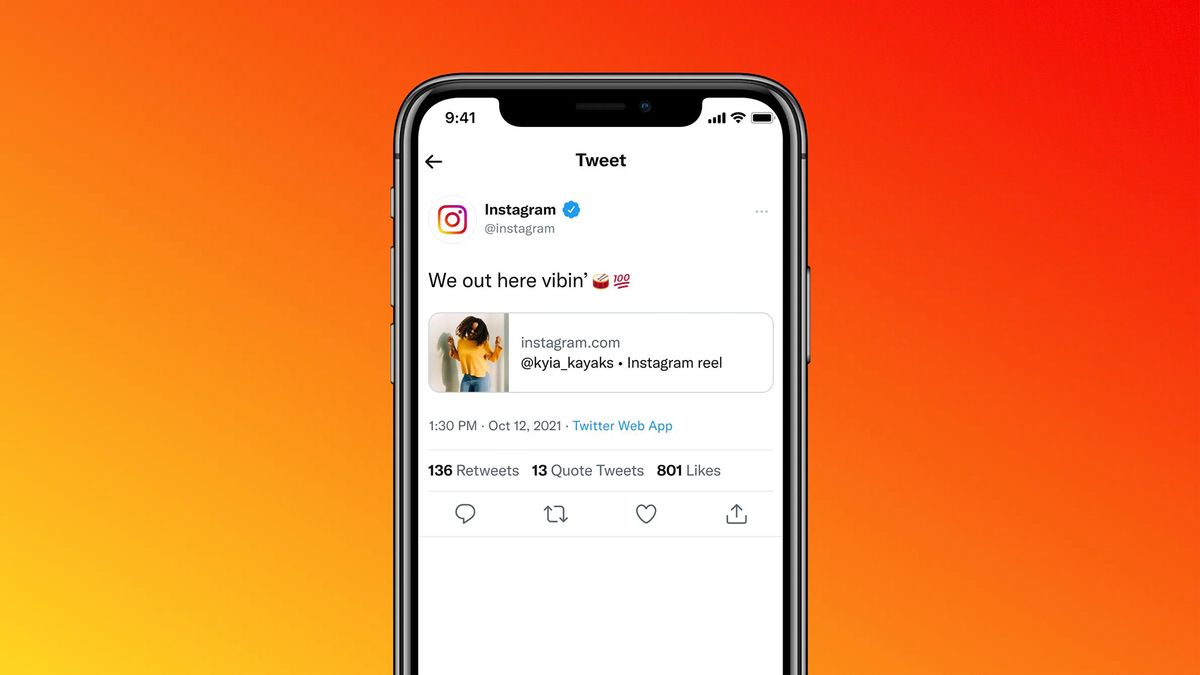 Despite being quite high on humanity’s unofficial list of first-world problems, most people will agree that having to click on an Instagram link on Twitter in order to see what it is can be pretty annoying.

Of course, it wasn’t always this way –  Instagram preview cards disappeared from Twitter back in 2012, following Facebook’s acquisition of Instagram, and have been missing in action ever since.

Thankfully, those days are coming to an end as the two social media giants put aside their years-long feud in order to allow Instagram preview cards on Twitter once again, as revealed by Instagram on Twitter, funnily enough.

The news was also announced on Twitter’s Support account, which stated that Instagram preview cards are rolling out now on “Android, iOS and web.”

Our take: why the sudden change of heart?

While no comment has been offered as to why Instagram preview cards have suddenly returned to Twitter, we have to assume that it’s all part of Facebook’s… sorry, Meta‘s quest to rehabilitate its public image.

Today’s news comes just one day after Facebook’s announcement that it’s ending face recognition and will delete all user data which, ironically, feels like an attempt to save face in the midst of its current crisis of reputation.

Still, we’re glad to see that Instagram preview cards are making their long-overdue return, and we hope that Meta continues to detoxify its brands in ways that improve the overall user experience.