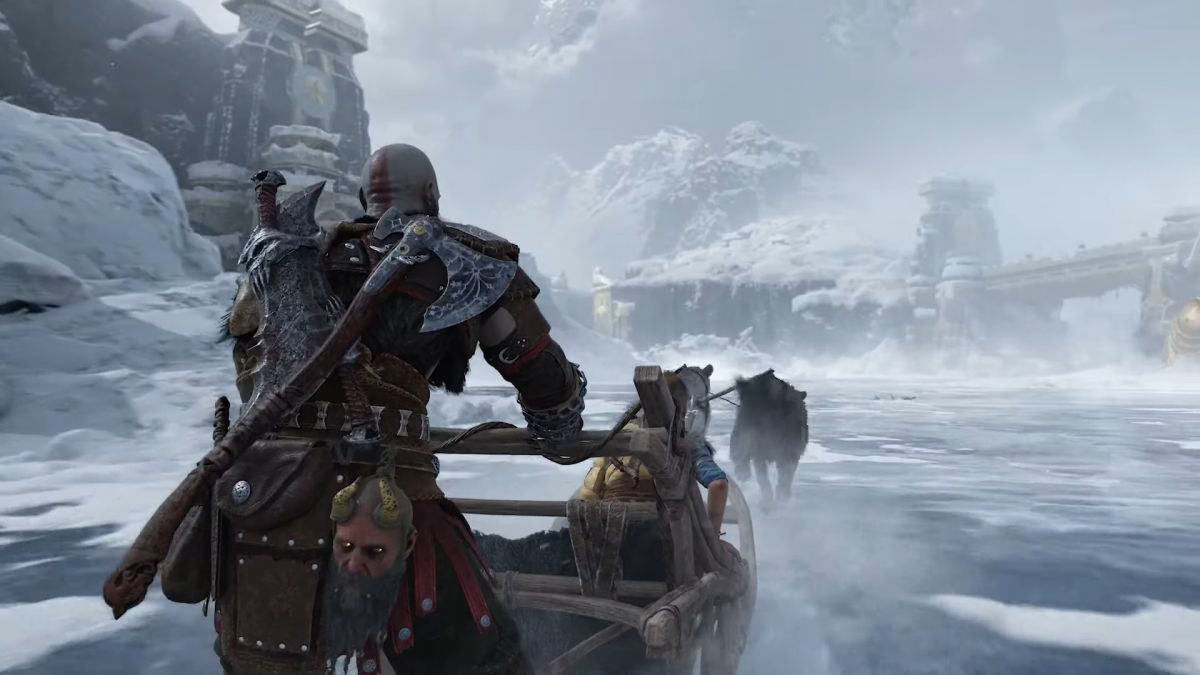 God of War: Ragnarok could be getting the PC port treatment as well, following the recent revelation of the God of War port.

We should say that this is a tentative rumor at the moment, so approach with caution, but the theory is that God of War: Ragnarok – the sequel to God of War expected to debut on Sony’s PS5 (and PS4) in 2022 – may also make its way onto the PC platform eventually, or at least this is a possibility going by a clue uncovered on LinkedIn.

That clue comes courtesy of GameRant, which picked up on a Twitter user who spotted the profile of a Senior Programmer at Jetpack Interactive, Warren Lee, who has a project listed as ‘God of War Ragnarok’.

Now, this could simply be a mistake, and the programmer may have accidentally added the ‘Ragnarok’ bit without meaning to, whereas in actual fact Lee is working on God of War PC right now.

Of course, Jetpack is the third-party dev in charge of the current God of War port, as Sony has just made clear, with Sony’s Santa Monica Studio in the role of overseeing the project, rather than actually doing the port.

Analysis: Maybe there’s something in this, but don’t bet on it

It’s not clear, then, whether this is just an accidental typo, or an indication that Jetpack will not just be converting God of War, but also the sequel Ragnarok, for the PC platform.

In all honesty, we feel the reality is this could be a mistake. However, with God of War finally getting a port, it makes sense that Ragnarok could get the same treatment. The caveat is, of course, that this would likely happen eventually, way down the line, rather than early in Ragnarok’s life. Remember that God of War was released for the PS4 in 2018, so it’s taken quite some time for the port to come about.

Sony has, of course, indicated that there will be more PC ports in the pipeline, but that they won’t be likely to arrive in close proximity to their respective PlayStation exclusive launches. And indeed this makes sense in terms of the tactic of letting PC gamers play God of War early next year, for example, and then maybe have them eyeing a PS5 to get going with the sequel Ragnarok when it comes out later in 2022.

It’s worth noting that there’s been some controversy about the PC port of God of War being farmed out to Jetpack, and doubts around whether that might affect its quality – particularly given recent experience with the initially wonky Horizon Zero Dawn PC conversion. Things are a lot better with the latter game now, though.

Some of the concerns aired online stem from Jetpack playing a supporting role in conversion work for the PC in the past, and this is a big project to take on, obviously. But with Sony Santa Monica providing oversight, hopefully any worries about quality will prove unfounded, and what could be one of the best PS5 games will make an impact in terms of the top games on PC, as well.