Three-eyed ‘dinosaur shrimp’ emerge by the hundreds from Arizona desert 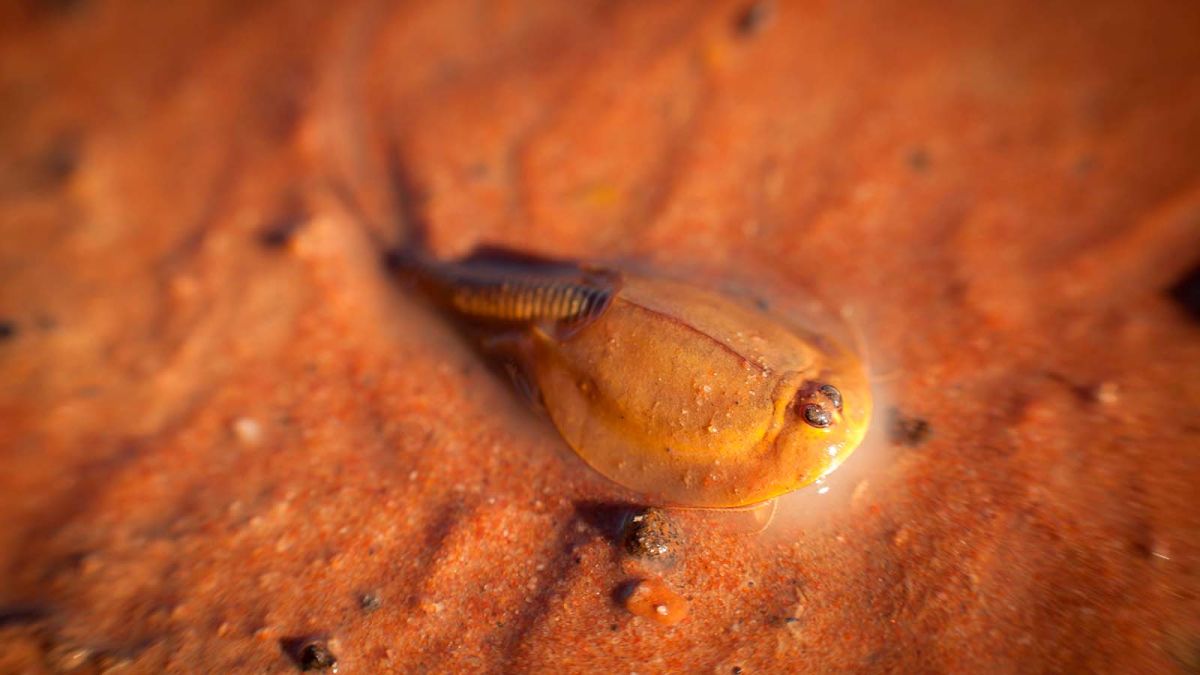 Hundreds of three-eyed “dinosaur shrimp” sprouted out of the northern Arizona desert this summer after a rare downpour created small pools of water that prompted decades-old eggs to hatch.

Officials of the National Parks Service in Arizona discovered hundreds of hatchlings of longtail tadpole shrimp, or triops longicaudatus, swimming in pools at a preserved Pueblo ball court at Arizona’s Wupatki National Monument.

The triops “look like little mini-horseshoe crabs with three eyes,” Lauren Carter, the lead interpretation ranger at the monument, told LiveScience. The triops’ eggs can remain dormant in a desert for decades until a rare rainfall creates pools of water for the eggs to hatch in. Once hatched, the tadpoles grow and mature quickly to then mate and lay more eggs before the pools dry up.

The triops is seen so rarely that tourists and even park officials weren’t sure what they were when they were first spotted in the 105-foot wide walled structure over the summer.

“We knew that there was water in the ball court, but we weren’t expecting anything living in it,” said Carter. “Then a visitor came up and said, ‘Hey, you have tadpoles down in your ballcourt.'”

Carter, who remembered reports of similar critters in a petrified forest in Arizona from earlier in her career, looked up the morphology of the tadpoles and identified them as triops.

“I don’t like the term ‘living fossil’ because it causes a misunderstanding with the public that they haven’t changed at all,” said Carter. “But they have changed, they have evolved. It’s just that the outward appearance of them is very similar to what they were millions of years ago.”

Analysis: evolution can have a long memory when it wants to

Even though the modern triops has definitely adapted through the years from its Jurassic-era progenitors, the fact that they remained morphologically similar is a remarkable thing, given the timescale involved.

Geological timescales are hard to fathom since humans live short relatively short lives. Human civilization is only at its oldest about 12,000 years old, which seems impossibly old to us moderns. But this pales in comparison to the triops’ 70-million-year-old morphological ancestor, which is about 6,000 times as old as humanity’s oldest temple.

In less time than that, the age of the dinosaurs came to a catastrophic end and the few surviving mammals inherited the earth and evolved into everything from whales to humans and everything in between.

That triops remained largely unchanged throughout this entire stretch is quite a feat for the intrepid little shrimp.