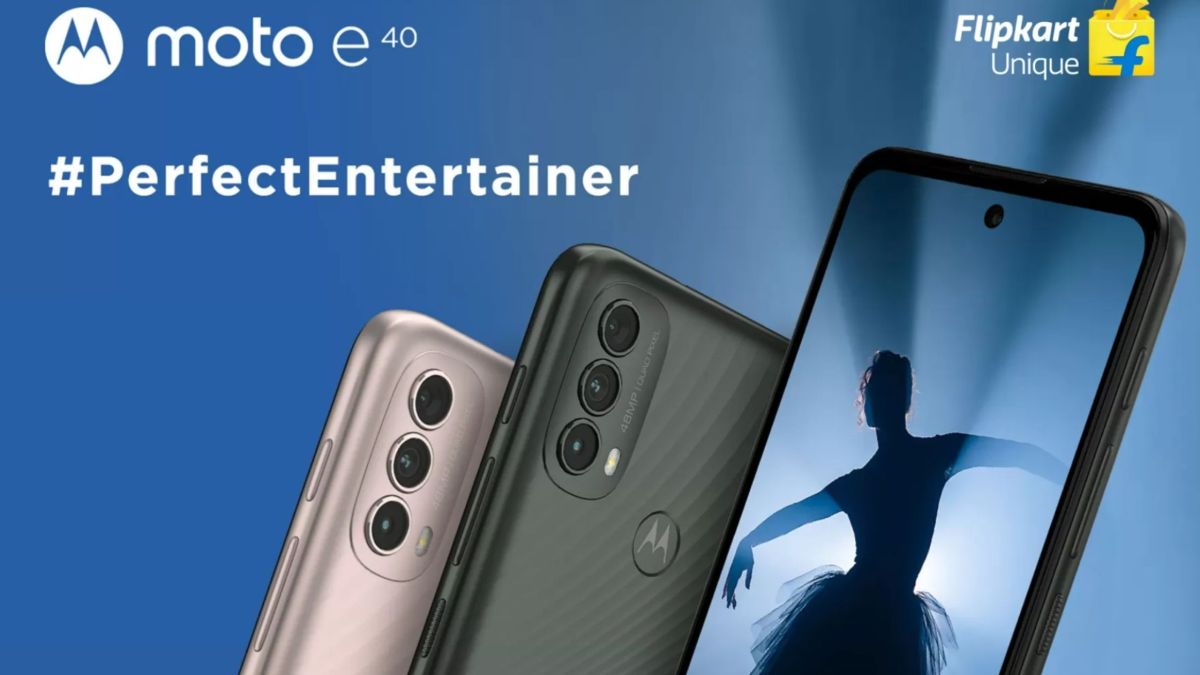 Motorola will be launching a new affordable phone in India next week. After launching three new devices in the Moto Edge 20 series, now the company is shifting its focus to the budget segment.

The Moto E40 will be launched in India on October 12 at 12 pm IST. The phone was also announced in the global market recently. The phone, like all the previous phones, will be launched on Flipkart. The microsite for the launch on Flipkart is now live which also reveals the specs of the device.

The Moto E40 will come with a 6.5-inch LCD screen sporting a 90Hz punch-hole design and 400 nits of brightness. The device is powered by an Octa-core Unisoc T700 clocked at 1.8GHz, which is likely to make its debut in India as we haven’t seen any other device with this chipset. The device will come in a single RAM and storage option – 4GB LPDDR4x  and 64GB internal storage.

In terms of camera, there is a triple rear camera array led by 48MP main camera, a depth sensor, and a macro vision camera. The Moto E40 runs off a 5,000mAh battery. Furthermore, the device will also come with IP52 water-repellent design. There is also a dedicated Google Assistant button. For security, the phone comes with a rear-mounted fingerprint scanner as well as face unlock for faster unlocking. The device will come in two colour options.

On the software side, the phone will run on near-stock Android 11 with an ad-free and bloat-free experience. Other features include a hybrid slot that takes in two micro SIM and one micro SD card slot which supports up to a microSD card up to 1TB. Looking at the specs sheet looks like the Moto E40 will take on the likes of the Realme Narzo 50 series, Redmi 10 series, and Micromax In 2b smartphones.