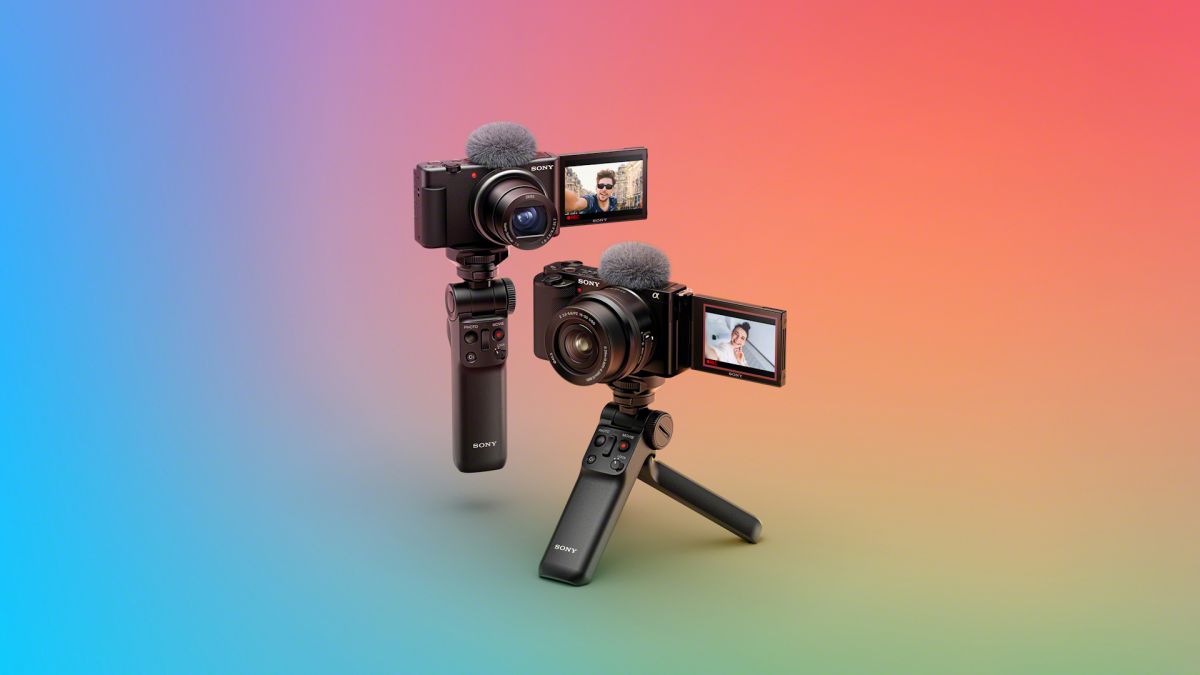 Whether you’re taking stunning landscape photos, filming a travel vlog, or an unboxing, it can be challenging to frame and shoot the perfect shot without struggling with extra equipment and settings on your own. Thankfully, the Sony ZV-E10 camera is here to tackle all of your filming problems, leaving you to focus on creating content that really stands out.

The Sony ZV-E10 is the first vlog camera with interchangeable lenses, which allows you to choose the best lens that suits the content you’re trying to create. With over 60 lenses to choose from, there’s a perfect lens for every situation. For example, if you’re filming a vlog, you’ll want to opt for a wide-angle lens to capture not only yourself, but also your surroundings to make for an immersive viewing experience. When filming far away objects, a telephoto lens lets you smoothly zoom in and out on subjects, while keeping everything in sharp focus. This can also add a dynamic element to your video with no extra editing required.

Special filming effects like slow-motion and background blur usually require either a special lens or manual adjustments before you’re ready to film. On the ZV-E10, these are easily done with just a tap of a button. You can instantly shoot slow-motion video at up to four times slower than real time, or switch to quick motion shooting that’s over sixty times faster. These can be shot without any post-editing, with clear, Full-HD quality.

If you enjoy creating unboxing videos and product reviews, the ZV-E10 is a perfect sidekick. When the Product Showcase Setting is activated, the camera will quickly and automatically shift focus from your face to a product held in front of the camera, without the need to place your hand behind the product to shift the focus to it. The ZV-E10 is then able to quickly focus back on your face when you’re done, all without having to stop to manually change focus settings.

When shooting other subjects in front of the camera, real-time Eye AF provides continuous eye tracking when shooting portraits in motion. Even fast-moving objects are kept in focus, thanks to the ZV-E10’s sophisticated AI-based subject recognition tracking algorithms.

The ZV-E10‘s impressive images are the result of the camera’s large APS-C sized image sensor – the same kind found in cameras all the way up to professional cinema models. The sensor is more than ten times larger than what you would find in a typical smartphone, so it collects far more light and more image data, to create beautiful images. From shooting in 4K, dim lighting, or macro shots, the ZV-E10 handles it all with ease.

Audio capture is always a concern when vlogging, and here too the Sony ZV-E10 helps take care of things. The internal Directional 3-Capsule Mic is optimised to capture sound from in front of the camera, recording your voice clearly even when you’re in a crowd. The included wind screen helps reduces wind noise when you’re shooting outdoors, so you won’t have to adjust noise levels after shooting.

The ZV-E10’s battery provides up to 125 minutes of continuous movie shooting or up to 440 still images, so you can comfortably shoot long sessions outdoors. It can also be powered by compatible power banks via the USB-C connector, or plugged into an AC power outlet for longer sessions. You can even use the ZV-E10 for live streaming on your PC or smartphone, and take advantage of its advanced features for crisp video. You can also wirelessly transfer photos and videos directly from the ZV-E10 to your smartphone for instant editing and uploading on social media.

When it comes to endless creative options for your videos and images, the Sony ZV-E10 stands out as the perfect choice to meet your needs. It helps you make professional-looking videos with just a few button taps, leaving you with more time to capture the moments that matter, and less time spent on editing videos in post. With a world of creative possibilities at your fingertips, there’s no better camera to choose from than the Sony ZV-E10.