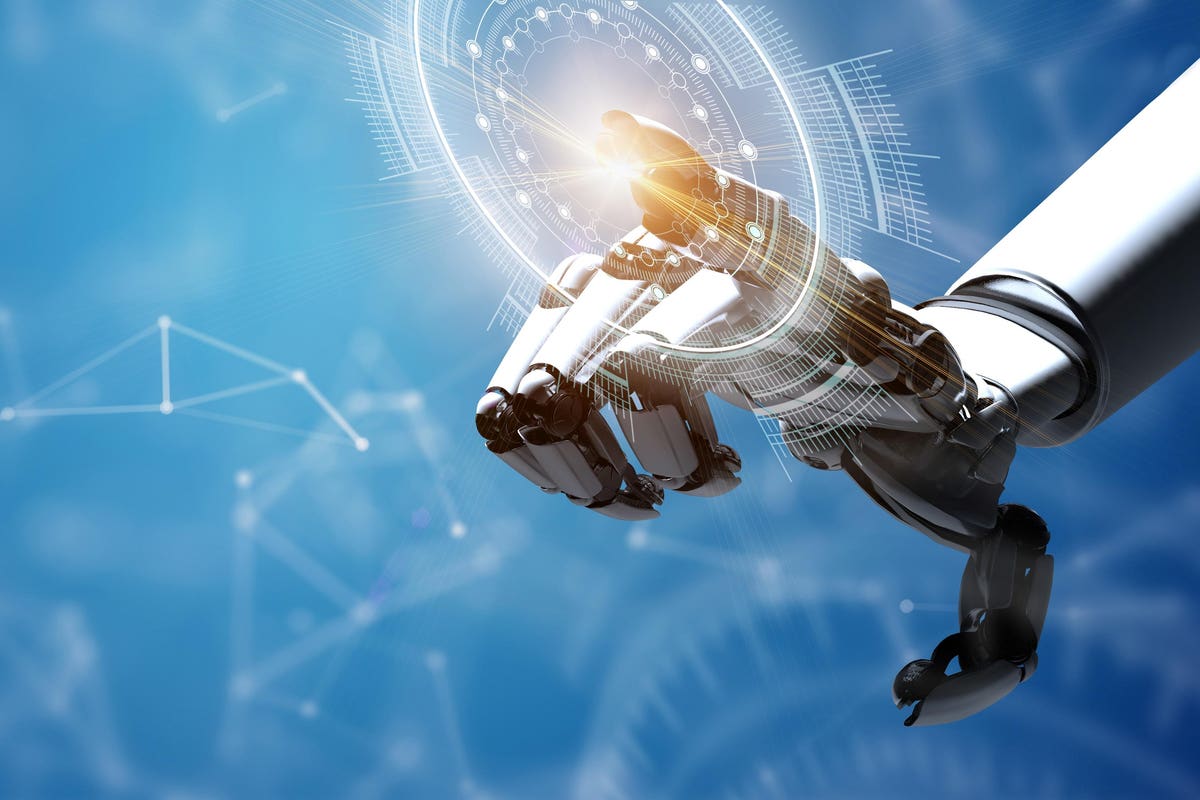 CEO and Founder of RIOS, where he leads a team focused on solving the last mile automation in the factory with dexterous, AI-powered robots

About six years ago, the CEO of Toyota Research Institute published a seminal paper about whether a Cambrian explosion was coming for robotics. The term “Cambrian explosion” refers to an important event approximately half a billion years ago in which there was a rapid expansion of different forms of life on earth. There are parallels with the field of robotics as modern technological advancements are fueling an analogous explosion in the diversification and applicability of robots. Today, we’re seeing this Cambrian explosion of robotics unfolding, and consequently, many distinct patterns are emerging. I’ll outline the top three trends that are rapidly evolving in the robotics space and that are most likely to dominate for years to come.

1. The Democratization Of AI And The Convergence Of Technologies

The birth and proliferation of AI-powered robots are happening because of the democratization of AI. For example, open-source machine learning frameworks are now broadly accessible; AI algorithms are now in the open domain in cloud-based repositories like GitHub; and influential publications on deep learning from top schools can now be downloaded. We now have access to more computing power (e.g., Nvidia GPUs, Omniverse, etc.), data, cloud-computing platforms (e.g., Amazon AWS), new hardware and advanced engineering. Many robotics startup companies are capitalizing on this “super evolution” of technology to build more intelligent and more capable machines.

In parallel, there’s another phenomenon happening in the world: a “convergence of technologies.” It means that engineers are coming up with different silver bullets — engineering different algorithms, different hardware architectures, different methods, etc. — to solve the same fundamental problems. The Perl programming language motto, “there’s more than one way to do it,” perfectly captures what is happening in the robotics space. In contrast, the Zen of the Python programming language, which is “there should be one — and preferably only one — obvious way to do it,” is starting to blur in robotics.

2. The Emergence Of Different Schools Of Thought In Robotics

As more infrastructure is being architected, different schools of thought are emerging. Proponents of a particular school have their own world view on how robots will become ubiquitous and help mankind. There are three distinct schools of thought: 1) no-code programming, 2) artificial general intelligence (AGI), and 3) end-to-end robotic work cells.

The no-code programming community is building drag-and-drop interfaces that enable anyone on the manufacturing floor to program robots and any manufacturer to deploy automation — no experience necessary, no hard coding required. Robotics is a fragmented field, and every robotics hardware has its own programming language, intricacies and interoperability issues. The no-code approach essentially builds a smart layer that shields users from dealing with low-level language and deals with all sorts of snags in the backend. While it’s an approach that has proven to work, I personally believe that this is an intermediate solution that will become obsolete in the future. Even today, we’re shipping machines that are pre-programmed to work out of the box on factory assembly lines without any end user needing to program them.

The AGI community believes in building machines that are capable of learning human tasks on their own. This is at the other end of the spectrum; the anticipation is that in the future machines will learn to mimic humans and then evolve on their own. We’re seeing a lot of promise with deep learning, particularly in robotic manipulation, where robots are picking objects that they haven’t been previously trained on. I believe that there’s a very long way to go for AGI. The technology is not there yet, even though there are some encouraging demonstrations out there. It’s much harder than anyone thinks, and we’ve even seen massively funded companies disbanding their robotics team simply because they came to the conclusion that it was too hard.

The last school of thought believes in building end-to-end robotic work cells. Essentially, these work cells are “boxes” (also termed micro-factories or micro-assembly lines) in which there’s a mix of engineering and AI-powered robots. This school still strongly believes in AI but realizes that AGI is far out. Thus, the robotic work cells are designed to constrain the problem set for AI. This is realized by introducing engineering designs that help control the environment or process and reduce corner cases.

3. The Proliferation Of Fullstack Robots And Adoption Of Robots-As-A-Service

The most important robotics companies in the world are going to be fullstack robotics companies. The term “fullstack” refers to the full suite of hardware (e.g., robotic arm, gripper, camera, etc.) and software stacks all integrated. End customers are looking for complete automation solutions rather than components. This is the reason why financial venture capitalists (VCs) are betting on fullstack companies, as opposed to components manufacturers, hoping that these companies will grab the lion’s share of the robotics market and become unicorns. The VC community is anticipating that components will become commodities in the future and that, consequently, systems integrators will squeeze the margins of components providers. This realization is leading to the proliferation of fullstack robotics startups.

In turn, fullstack robots are leading to the adoption of the robots-as-a-service (RaaS) business. RaaS is analogous to the pay-as-you-go or subscription-based software-as-a-service (SaaS) business model. New incumbents are departing from the traditional business model of selling hardware or software and selling services instead. RaaS is not only lucrative since it’s a recurring revenue stream, but importantly, it is removing the barrier to automation for many companies. Historically, automation has been very capital intensive and has kept many organizations from investing in robotics. RaaS is enabling way more customers to fund their automation needs with zero upfront capital commitment.

These trends are accelerating at an unprecedented pace. What we’re seeing today is just the tip of the iceberg. We’re going to see more robotics platform infrastructures built, schools of thought competing head-to-head, more startup companies sprouting out of the blue with millions of dollars in funding and the ubiquitous adoption of RaaS.

Forbes Business Council is the foremost growth and networking organization for business owners and leaders. Do I qualify?