Extraction 2 teaser confirms that Netflix’s biggest ever movie is getting a sequel Chris Hemsworth walking down a street in Netflix's Extraction. 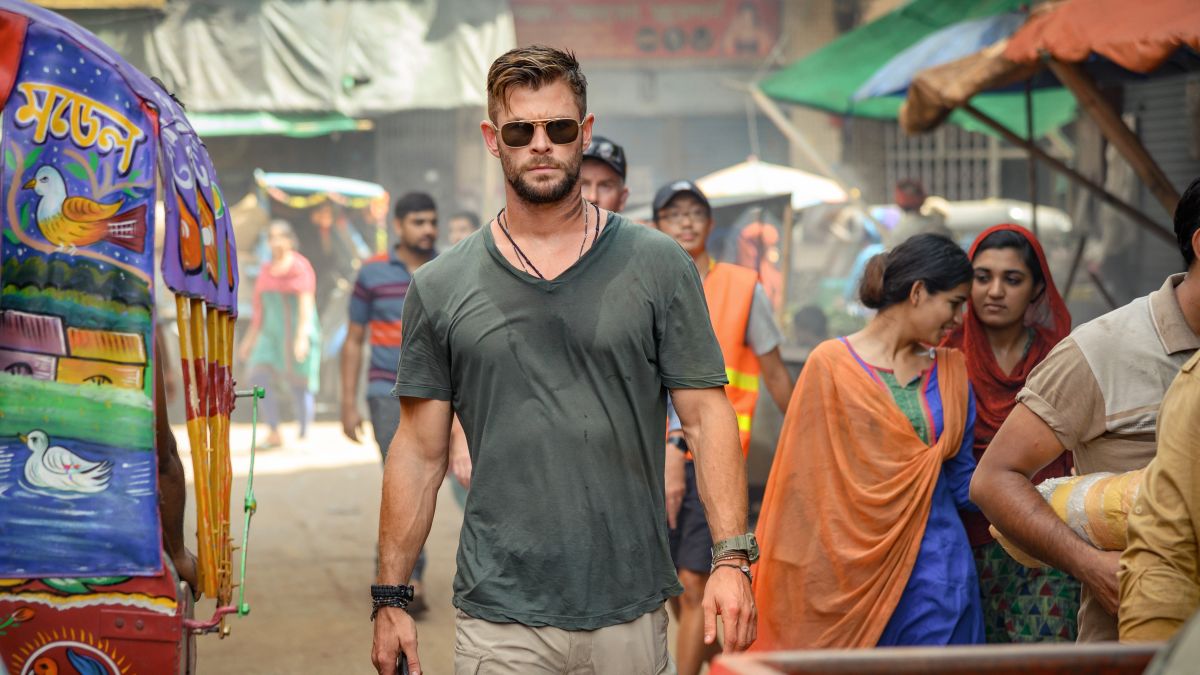 Netflix has confirmed it’s making a sequel to Extraction, its biggest movie of all time, with star Chris Hemsworth. A teaser trailer released over the weekend revealed that the action film’s protagonist, Tyler Rake, survived the events of the first movie’s ending where he was shot in the neck and subsequently fell into a river.

It had previously been reported that Extraction 2 was in the works, but it was unclear whether it’d be a sequel or a prequel, given the ambiguous ending to the original. Sam Hargrave, a stunt specialist with a long history working on the Marvel movies, directed Extraction, while Avengers: Endgame directors the Russo brothers produced it. All three will return for this sequel.

Extraction resembled ‘older man protects a young target’ movies like Man on Fire, and saw Hemsworth’s Rake character protecting the son of an Indian gangster against lots of men with guns. It dazzled with its long-shot action sequences and brutal violence, even if it was a little derivative overall.

99 million households checked out Extraction when it released in April 2020, just as theaters had closed worldwide due to the pandemic. It was just nice to have something moderately fun to watch at that point.

Here’s a teaser trailer for Extraction 2, which confirms Rake’s survival with the catchy hashtag ‘#RakeLives’:

Here’s the official logline from Netflix for the movie. “In 2020, the world met a new hero: Tyler Rake (Chris Hemsworth), a fearless black market mercenary who embarks on the deadliest mission of his career. But what seems lost …can still be extracted.”

There’s no release date for Extraction 2 yet, but we’d bet it’s a year or two away from surfacing.

The chances are, without a captive pandemic audience, Extraction 2 will never be as big as its predecessor.

The film had such a monopoly on our time in the early days of nationwide lockdowns that it was essentially uncontested as new entertainment. It actually illustrated what Netflix’s films are best at, which is providing a viable alternative to theaters when it comes to movies, rather than replacing what blockbusters offer outright.

You can’t see a world where Extraction would get a wide release and make a ton of money on the big screen, but as something to watch from home by pressing a button on the Netflix app? It was actually perfect for that. In a way, it illustrates how moviemaking is changing as a result of the streaming wars.

Even if Extraction 2 doesn’t end up being the hottest stuff in a world where theaters are open, it actually has name recognition now because so many people saw it. For Netflix, as it tries to forge its own franchises that can compete with the traditional movie studios’ offerings, that’s still incredibly valuable.