How to watch Tudum online: date, start time, and what to expect from the Netflix event A promotional image for Netflix's global fan event Tudum 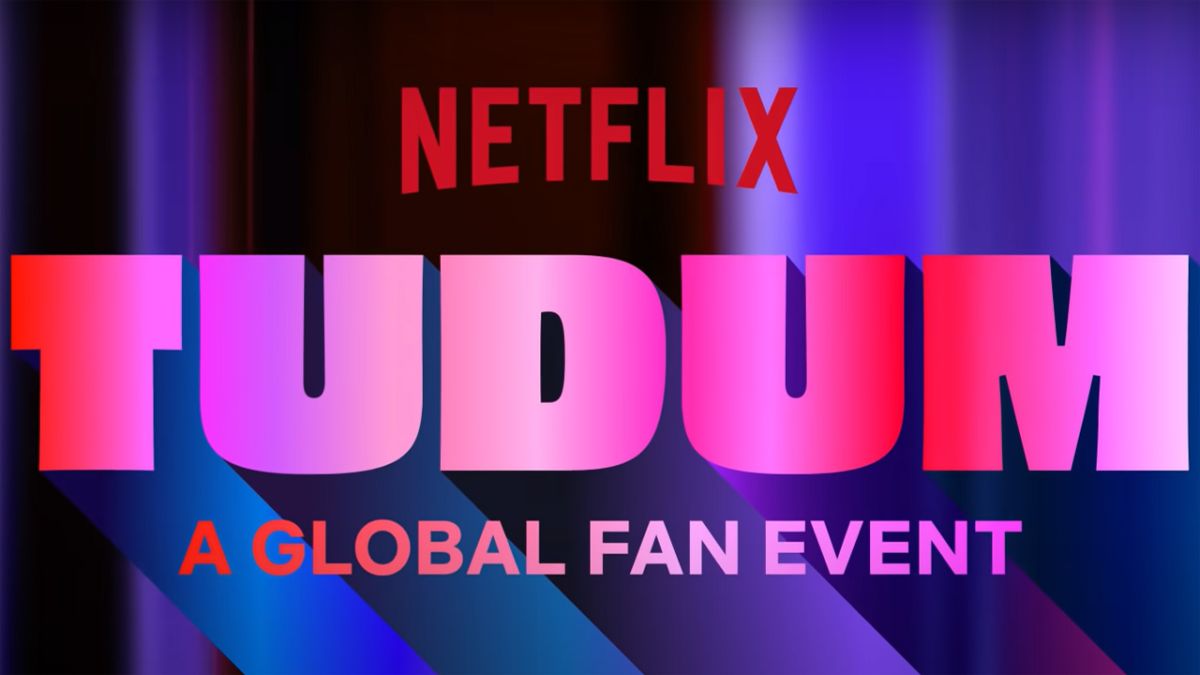 Tudum, Netflix’s first-ever global fan event, has begun. Well, its pre-show has. The three-hour long virtual main event is taking place today (Saturday, September 25), so what can we expect when it kicks off at 9 AM PT, 12 PM ET and 5 PM BST?

Well, it’ll bring a whole host of announcements, trailers, cast reveals and more for original movies and TV shows that will arrive on the streaming giant later this year and beyond. It’s going to be a packed but fun time for all, so we imagine that you’ll want to know more about Tudum before it officially starts.

Below, we’ve rounded up everything you need to know ahead of Netflix’s Tudum event. That includes its official date and start time, which films and TV series will be part of its line-up, where you can watch it and more. Are you ready? Great, let’s take a look together. Tuduuuuum.

Netflix’s Tudum start date: what time does it begin?

US and UK viewers will have no issues with Tudum’s timing, but fans based in India, Japan and South Korea might have to stay up a little later than you usually do.

A special pre-event show (highlighting Korean and Indian productions) has already taken place, too. You can catch up on any announcements on Netflix’s social media and YouTube channels.

Where can I watch Netflix’s Tudum event online?

The virtual livestream will be viewable on Netflix’s numerous YouTube channels across the globe, as well as its official Twitch channel. You can watch the event using the embed above.

If you’d prefer not to watch it alone, you can join Netflix Geeked’s watch party over on Facebook, Twitter or TikTok. The watch party has already started, but it’s never too late to join in if you wish to do so.

Netflix will also provide updates on each new announcement via the streamer’s other social media channels, just in case you can’t tune into the livestream itself.

Which Netflix movies and shows will be shown at Tudum?

Netflix has confirmed that more than 70 films, TV series and specials will be featured during Tudum, as well as nearly 150 stars, who are set to appear in some capacity.

You can expect announcements based around your favorite properties, including updates on Stranger Things season 4, The Witcher season 2, The Umbrella Academy season 3, Ozark season 4 and Cobra Kai season 4.

We’ll also get exclusive (and first) looks at new movies and TV shows, such as Red Notice, The Harder They Fall, Don’t Look Up, Netflix’s adaptation of Cowboy Bebop and The Sandman, and The Witcher: Blood Origin spin-off series. We may receive updates on sequels to Netflix’s Extraction, The Old Guard and Enola Holmes movies, as all three titles are mentioned on Netflix’s list ahead of the event.

For a full rundown of what will be covered during the event, take a look at the list below:

However, fans shouldn’t expect to get a new trailer or teaser for every property listed above. Netflix has stated that we’ll be the first to “hear breaking news and see first looks, new trailers and exclusive clips during interactive panels and conversations with the creators and stars from Netflix”.

If something like Stranger Things season 4 doesn’t get a first official trailer or confirmed release date, don’t stress. It’s best to manage your expectations now, rather than be left feeling disappointed this weekend. And who knows? Netflix might surprise you if you don’t work yourself up over what you hope to see.

TechRadar’s entertainment team – Samuel Roberts and Tom Power – are on hand to cover all of the latest Tudum news and trailer drops, so keep an eye out for updates as and when they’re posted.