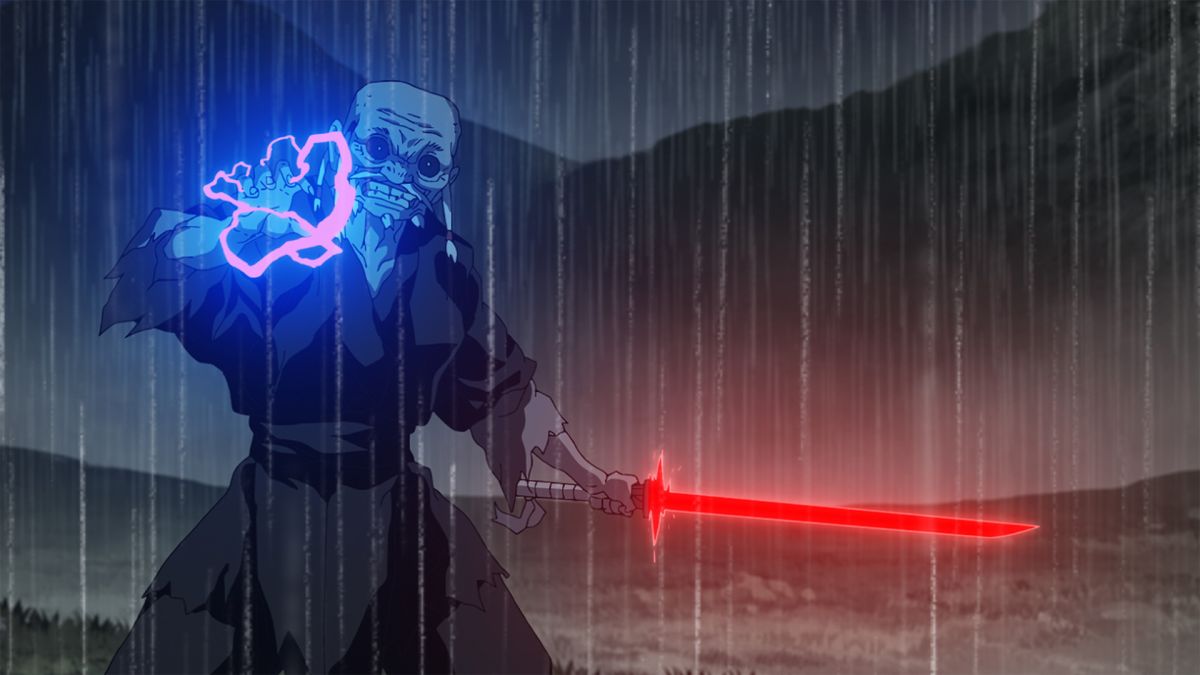 Star Wars: Visions is a new animated anthology from Lucasfilm that’s now streaming exclusively on Disney Plus. Working with notable anime production houses, it offers a host of standalone Star Wars stories with their own spins on the universe – generally speaking, it’s a lot weirder than we expected it to be, with entirely different visual takes on a galaxy far, far away than we’re used to.

You can read our own interview with Lucasfilm’s James Waugh and producer Kanako Shirasaki about the show’s origins. Below, we’ll answer all your questions about Star Wars: Visions, including its canonical status, whether a season 2 is planned and which episodes we enjoyed the most.

There are no current plans to integrate Star Wars: Visions into the main canon as it stands, which Lucasfilm’s James Waugh has confirmed – if you watch the episodes, you’ll know why. They’re visually distinct from the movies, which is part of their appeal.

That said, some stories may continue in another form – establishing their own canon or timeline as a result. For example, the character of Ronin from ‘The Duel’ will appear in a new book releasing in October, simply called Star Wars Visions: Ronin by Emma Mieko Candon.

Where can you watch Star Wars: Visions?

Star Wars: Visions is streaming exclusively on the Disney Plus service. There are nine episodes in total, and they’re all 21 minutes or less in length – so prepare to fire through them quickly.

Where can you watch Star Wars: Visions?

Star Wars: Visions is streaming exclusively on the Disney Plus service. There are nine episodes in total, and they’re all around 20 minutes long, with a few shorter entries – so prepare to fire through them quickly.

Is Star Wars: Visions an anime?

Yes. Lucasfilm describes it as the “ultimate anime and Star Wars mash-up” on its official website, and all the studios making the episodes are considered anime production companies – so, yes, ‘anime’ seems appropriate here.

Which is the best Star Wars: Visions episode?

Your mileage on this may vary, but we were particularly fond of ‘The Duel’ and ‘The Ninth Jedi’.

We liked the former due to its obvious links to Star Wars’ original inspiration of Japanese historical movies – plus we liked its neat visual spin on the universe, combining history with the films’ iconography.

The animation of ‘The Ninth Jedi’ dazzled us, coming from director Ghost in the Shell: Stand Alone Complex’s Kenji Kamiyana. We also like the notion of lightsabers that change in length depending on the user’s connection to the Force which comes up in this episode.

What’s interesting about this show is how vastly different the styles are between episodes. The tonal shifts are massive, and the genres are switched up frequently as each studio gets to put its mark on the Star Wars universe.

As for our least favorite…apologies to ‘The Twins’, which is a particularly garish take on Star Wars that didn’t entirely land for us. Expect your experience of Visions to be completely different, depending on the type of anime you like.

Which studios made Star Wars: Visions?

Here’s a breakdown of who made each episode in the Star Wars: Visions anthology:

How many seasons will Star Wars: Visions have? Will there be a season 2?

Star Wars: Visions season 2 hasn’t been confirmed yet – but Lucasfilm’s James Waugh is open to more. “I think we would love to do more Star Wars: Visions, we’ll have to assess the reaction and what the fandom wants,” he told CNET.

So, if you’ve burned through the first nine episodes and you’re hankering for more, make some noise. For us, this is the most innovative combination of Star Wars and the Disney Plus service to date – the type of thing there’s no reason to make for broadcast TV in 2021, but that’s absolutely perfect for an on-demand service primarily used by fans. We definitely want to see more.