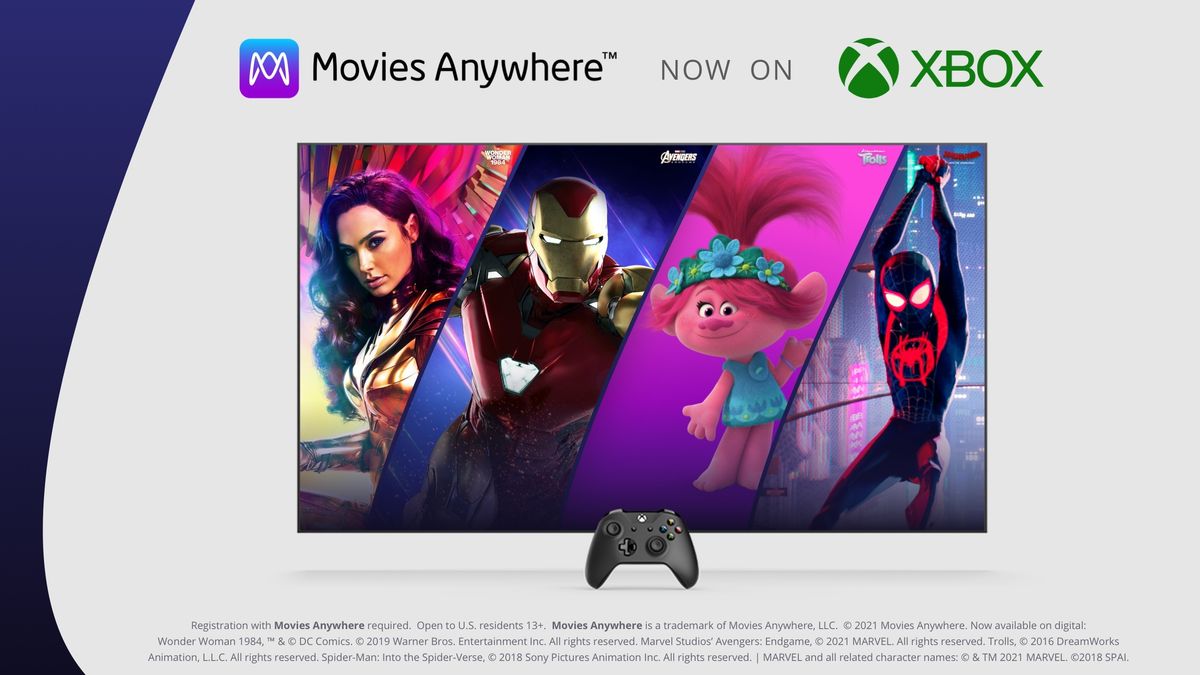 The Movies Anywhere app is now available to download on Xbox One, Xbox One S, Xbox One X, Xbox Series X and Xbox Series S, and it can also be downloaded from the Microsoft Store in Windows 10. The app on Xbox consoles supports 4K, Dolby Vision, and Dolby Atmos, which makes it ideal for pairing with the best TVs and soundbars to take advantage of these features.

Movies Anywhere allows users to sync and share their purchased content from Amazon Prime Video, Google Play Store, Apple TV, Vudu and other video-on-demand apps, so your content will all be in one place. The app also allows you to download your content so you can watch it offline.

The Movies Anywhere app on Xbox also supports features like ScreenPass and Watch Together. ScreenPass allows users to share their content with friends and family – but it comes with limitations, as you can only share up to three movies a month. Meanwhile, Watch Together allows you to watch your content with up to nine people and talk in a chatroom.

It seems as if Don Mattrick’s dream of Xbox being the entertainment center of your home is finally coming true – even though Mattrick himself has left the company. With Xbox now offering most VOD apps, plus its huge and accessible (thanks to Game Pass) gaming library, the Xbox consoles are fast becoming a formidable entertainment device.