Sign up to myFT Daily Digest to be the first to know about Technology regulation news.

China’s two largest tech companies promised to open up their digital empires on Monday, a move that may reshape online life for hundreds of millions of users.

For the past eight years, Tencent and Alibaba have carved China’s internet into two rival camps, replicating each other’s services and blocking all interoperability between their platforms.

But after being summoned to a meeting with the Ministry of Industry and Information Technology (MIIT) last week, both companies said on Monday they will allow competitors to access their “walled gardens”. The meeting was also attended by ByteDance, Baidu, NetEase, Huawei and Xiaomi.

“We resolutely support the decision of the Ministry of Industry and Information Technology and [will] implement it in phases,” said Tencent.

Alibaba said it “will fully comply” with the ministry’s demands to end the widespread practice among large internet giants of blocking consumers from links to other web services within their apps.

Under pressure from regulators, China’s Big Tech companies have already started to work more closely this year, and analysts said they were likely to accelerate their efforts to be compliant.

“The companies won’t drag their feet implementing the new rules. The compliance process will be quick,” said Li Chengdong founder of Dolphin, a technology-focused think-tank in Beijing. “The platforms are very cautious given the strict regulatory climate. They don’t have any means to fight against the regulators.”

Changes to the platforms should begin in the coming weeks, analysts said. In Hong Kong, Tencent shares fell 2.45 per cent, while Alibaba shares fell by slightly more than 4 per cent. Alibaba’s shares may also have been affected by a Financial Times report that Beijing wants to break up Alipay, the payments superapp owned by its sister company Ant.

Analysts said the forced opening up was widely anticipated and had been priced into the company’s share prices since earlier this year.

Ke Yan, an analyst with DZT Research who writes on the Smartkarma platform, suggested that the forced opening would hurt Tencent more, because its messaging app WeCh 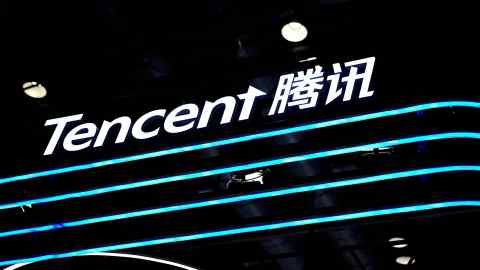 at was such a powerful driver of online traffic.

But Dolphin’s Li questioned whether it would actually change consumer behaviour. “If I want to buy things online, I’ll go to Taobao or Pinduoduo. Just because I can access Taobao from WeChat, doesn’t make me more likely to use Taobao,” he said.

Wong Kok Hoi, chief investment officer at APS Asset Management, said the move may eventually force tech companies to reconsider their strategy of buying up stakes in a vast swath of start-ups in order to build closed ecosystems.

“You will not be able to make monopolistic profits, and more competition means lower profit margins and less business,” Wong said.

But Zhang said MIIT’s intervention could prompt action by the powerful State Administration for Market Regulation, explaining why the tech companies have been so quick to signal their compliance.