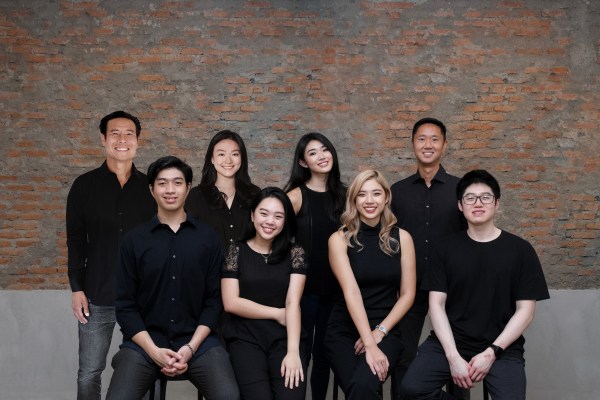 Intudo founding partners Patrick Yip and Eddy Chan launched the firm in June 2017 as the first Indonesia-only venture capital firm, with a debut fund of $10 million. At first, many people were dubious that a country-specific fund focused on early-stage Indonesian companies would take off, especially since Yip and Chan wanted to build a small portfolio and work closely with startups.

Then in 2019, Intudo closed its $50 million second fund with LPs including Founders Fund, which Chan said helped validate its mission. Portfolio companies from its first two funds include Pintu, TaniHub Group and Gredu.

At the beginning, “when we said we were going to raise $10 million, we got laughed out of the room by many managers, but four years into it, we’re running roughly $200 million dollars,” he told TechCrunch. “It shows that for the right markets, hyperlocal is the way to go.”

For its third fund, Intudo intends to invest in about 12 to 14 startups, in sectors like agriculture, B2B and enterprise, education, finance and insurance, healthcare and logistics. Initial check sizes will range from $1 million to $10 million. Leading early-stage and Series A rounds will continue to be Intudo’s core focus, but it also plans to invest in Series B and C rounds for companies from its first two funds.

Unlike many funds that have a handful of anchor investors, all of Intudo’s limited partners are capped at 10% of the total fund size so it can maintain its independent investment thesis and ensure all LPs are treated equally.

“I think 10% is a nice number, where it signals to the founder that we are doing what’s best for their company and not for one special interest group,” said Chan.

The firm will look for companies with competitive moats, like strong intellectual property or deep tech. It also looks for companies that operate in heavily-regulated sectors that are difficult for competitors to enter.

Chan pointed to crypto-exchange Pintu as a good example of Intudo’s investment thesis.

“Everyone was like, you invested in this because it’s trendy, but you have to understand that we met the founder when Bitcoin had dropped down to $6,000. When we gave him the term sheet, six months later in March 2019, Bitcoin was at $3,000,” he said. “The moral of the story is we knew the founder was legit and we were able to pick up all the best talent because you can’t go to a lot of major unicorns to work on crypto.”

Many of Intudo’s portfolio founders are pulkam kampung, or Indonesians who have studied and worked overseas, but returned to launch companies, and it runs a program called Pulkam S.E.A. Turtle Fellowship to mentor aspiring founders. One-third of the deals from Intudo’s first two funds were sourced from universities and the tech community in the United States.

Intudo works closely with founders after signing checks. For example, all of its companies have made a commercial deal sourced through the firm’s network before receiving an investment. Its country-specific approach is also an advantage during the pandemic, because Intudo can continue to hold in-person meetings with founders on an almost weekly basis.

“The founder community has obviously gone through a tough time this year and last year due to COVID,” said Yip. “A lot of these founders needed to make course adjustments and corrections to their business plans. I think our role as an in-market, involved investor has been even more enhanced. A lot of the companies that have gone under, they did not have an in-country partner from the get-go.”

He added, “I think our involved approach and having a concentrated portfolio is something that is appreciated by the founder community as well, so that’s definitely something we intend to rinse and repeat going into Fund III.”