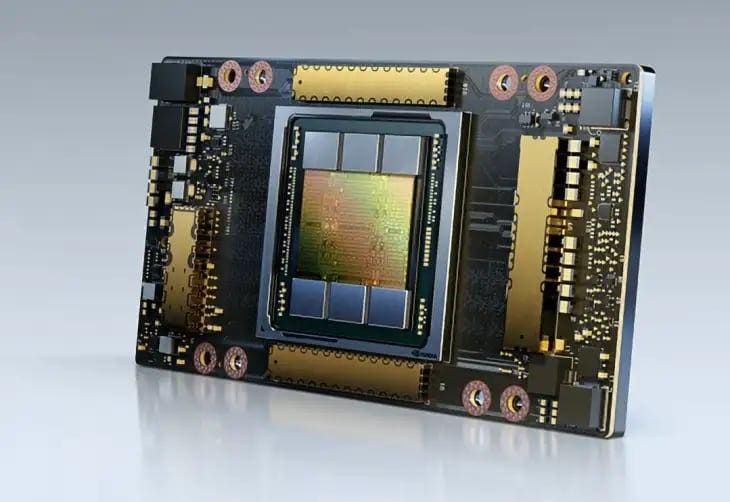 It’s a complete transformation of higher education, built on artificial intelligence as a core competency.

“We’re doing AI in medicine, AI in drugs, AI in agriculture, AI in business,” Dr. Joseph Glover, Provost and Senior VP of Academic Affairs, told me recently on the TechFirst podcast. “The College of Business just made AI a required introductory course for their entering freshmen … we believe that this is going to be a transformational initiative for the University of Florida. We think that this is where higher education is going to inevitably go.”

The machine is a room-scale supercomputer that chews through 1.1 megawatts at full capacity. It’s called HiPerGator AI, and it’s built with 291,024 cores using 148 NVIDIA DGX systems and 1,120 NVIDIA A100 processors which are optimized for AI operations. When running it chews through calculations at 17,200 teraflops/second, peaking at 21,314.7 teraflops/second.

(For comparison, a PlayStation 4 can hit 1.84 teraflops and the Xbox Series X can do 12 teraflops.)

And in supercomputing, speed matters.

The University of Florida has already used HiPerGator AI to analyze about a billion words of medical records from the past decade in its hospital system. The goal: find hidden patterns and medically valuable insights. Preliminary results are promising, says Glover.

But the plan is intentionally cross-curricular.

And it’s focused on key challenges facing the United States in general and Florida specificaly.

“In the field of medicine, we’re looking at better medical outcomes, we’re looking to bend the cost curve of medicine,” says Glover. “In agriculture … the southeast is going to end up as the nation’s food basket, and so we are [investigating] that. As you mentioned in your intro, climate change is a challenge for the state of Florida in terms of sea level rise and the changing environment. We’re trying to get a handle on that. All of these things involve huge amounts of data, and this is where the HiPerGator AI really excels.”

Adding 100 AI-focused faculty to hundreds of other AI-using professors in an organization that graduates 10,000 students annually is a deliberate attempt to infuse artificial intelligence in everything.

Glover says that if even half of those 10,000 graduate with AI competencies, that’ll make a huge difference to the economy of Florida and the nation as a whole.

Part of the plan: creating a 21st century AI-enabled workforce.

That’s one of the reasons NVIDIA helped the University of Florida build the supercomputer. NVIDIA, of course, builds and sells tools for AI.

And an AI-enabled workforce is one that needs more AI tools.

“There’s opportunities to re-skill the workforce, but to be able to bring in those skilled workers is incredibly important,” says Cheryl Martin, who leads higher education for the company. “The work that Florida is doing to look at this cross-discipline is … in the retail industry, it’s in the healthcare industry, it’s in automotive, it’s in every single industry, right? So the workforce readiness piece is extremely important, and so NVIDIA is doing a lot of work to ensure that we help build the skills across the spectrum.”

The end result is that students and faculty at the University of Florida are literally able to access a world-class supercomputer for research and classwork. (Commercial enterprises can also use HiPerGatorAI, for a fee.)

The system came online early this year, so we really won’t know how effective it is at building AI competency and preparing tomorrow’s technology and business leaders with AI skills for potentially years as they graduate and move into jobs and careers.

But clearly, it’s a valuable initiative that shows significant promise.

“I’m really pleased to say that the faculty have embraced this,” says Glover. “They see this as the future. They see it as a wonderful tool and something that’s going to be a great advantage to the students to have in their skills portfolio. And equally importantly, the United States federal government has identified the creation of a 21st century AI-enabled workforce as one of the nation’s critical security problems — both from the point of view of literally national security, but also economic security. In order to build a 21st century AI-enabled workforce, you have to educate people at scale. And so, we believe that educating all of our students across the entire university is going to contribute significantly to growing this workforce.”