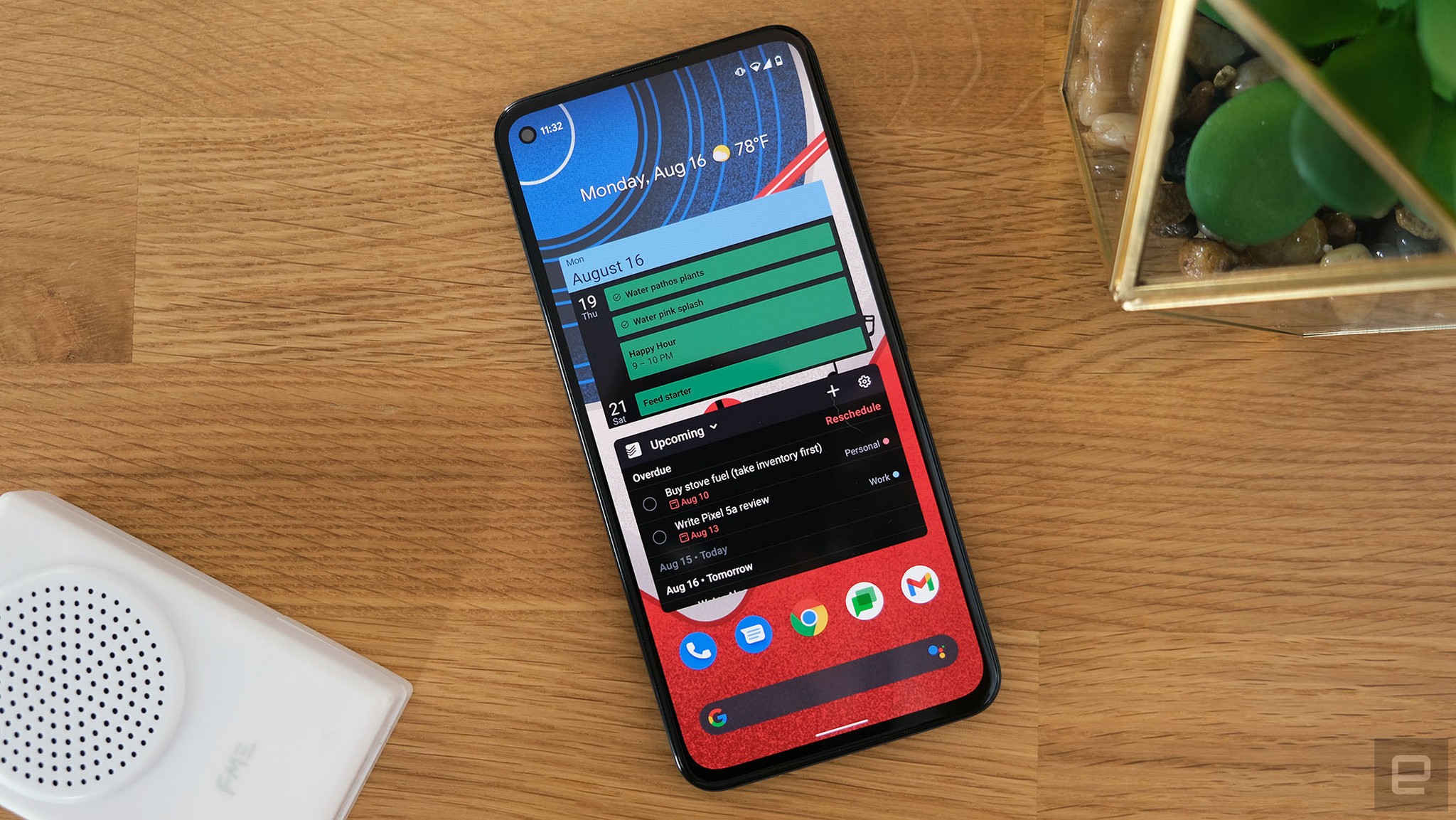 Google’s Pixel 5a famously has a headphone jack, but you’d better hope that the USB-C port never breaks. The fact that it’s soldered directly to the motherboard rather than being a separate component is one contributing factor in its middling 5/10 repairability score, according to a new teardown from YouTube channel PBKreviews.

The Pixel 5a is Google’s midrange 5G smartphone and a direct successor to the popular 5G Pixel 4a. Though a bit larger than the latter and now water-resistant, it’s equipped with nearly the same internal components, including a Snapdragon 765G, 6GB of RAM and a 60Hz panel. It’s a solid mid-range phone for $449, though essentially a stopgap device until Google unveils the Pixel 6 family that will use its all-new Tensor mobile chip.

The good news is that the 6.34-inch OLED display is relatively easy to replace, as you can pull it off simply by heating it up and using a pry tool to pop it off. It’s also fairly straightforward to get access to the battery and motherboard, once you remove the numerous screws and pry off the large metal cover.

From there, however, things get trickier. The battery is glued solidly to the case and the pry tab meant to help remove it is “pretty useless,” according to PBKreviews. Instead, they had to use isopropyl alcohol to loosen the glue before they could pry the battery out. The other issue is that the USB-C port is attached directly to the motherboard, so making repairs to it would be “difficult,” according to the video.

All told, however, the Pixel 5a appears to be slightly easier to repair than its predecessor. While you might not try to fix it yourself, that means it could be a bit easier to find local service if you’d rather not send it away to Google. The teardown also shows a solid-looking device with water resistance as a big new benefit — so hopefully, all that will add up to a reliable device that won’t need repairs in the first place.