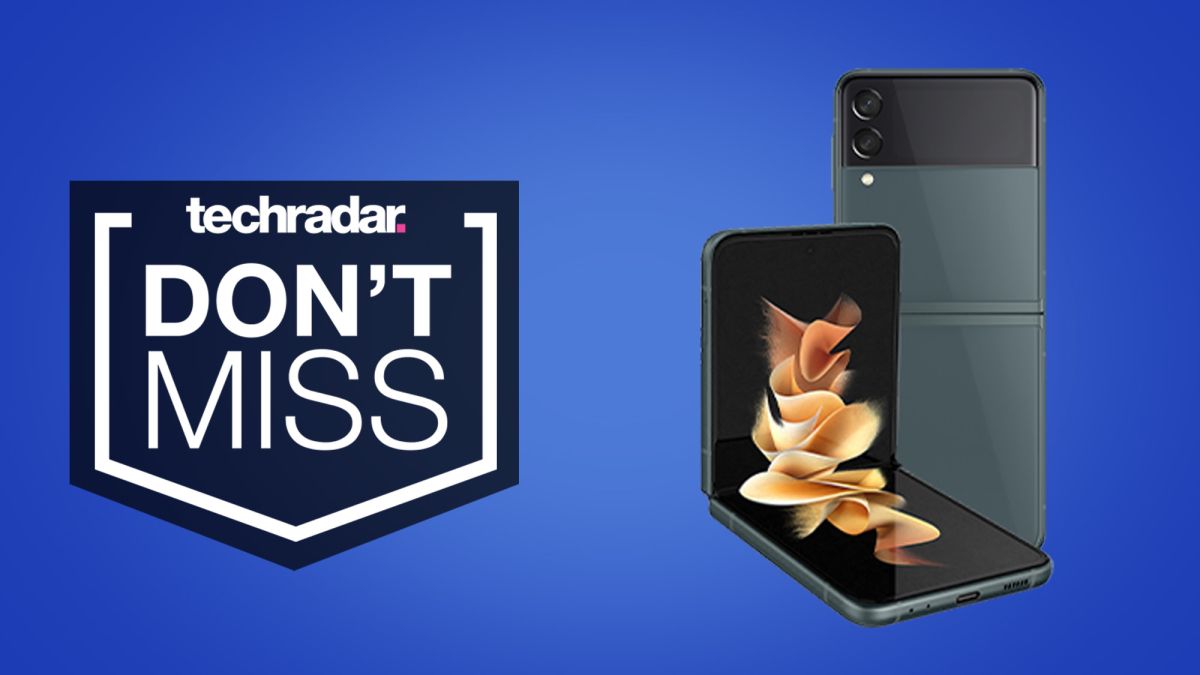 Retailer Buymobiles.net is now offering Samsung’s newest foldable phone for a £39.99 upfront cost and £52 a month contract on the Three network. For one of the best prices we’ve seen for the novelty flip phone, you’ll get 30GB of 5G enabled data, unlimited texts, and unlimited minutes on a 24 month contract.

The £999 price tag for the foldable phone is expensive for the latest take on the noughties flip phone trend, so if you want to get your hands on it, make the most of this Buymobiles.net deal. Alternatively, check out the Samsung Galaxy Z Fold 3 to see if that is the formfactor for you.

The Samsung Galaxy Z Flip 3 is the best clamshell foldable phone on the market but keep in mind its only competition is the original Z Flip and the Motorola Razr. However, Samsung’s latest flip phone is more durable than its predecessor with a Glasstic screen and IPX8 rating for water resistance.

The 5G-enabled smartphone sports a 12MP wide and 12MP ultra-wide rear camera with a 10MP selfie snapper on the front of the phone. Although this is fewer cameras than many other flagship handsets, such as the five cameras on the Samsung Galaxy S21 Ultra, you can still take some decent everyday photos.

One practical feature that may have attracted you to the foldable phone is its almost square shape when folded. This might make it easier to throw in your bag without worrying about the inner screen getting scratched, but with a width the same as your average smartphone, it isn’t as compact as it first seems. When folded the Samsung Galaxy Z Flip 3 is thicker than your everyday phone too, so it can be a bit of a squeeze in some pockets.

Although this is the best foldable phone on the market, the novelty handset doesn’t justify the price tag in our opinion. The 6.7-inch FHD+ display is great to look at but the below-average battery size can’t keep up with such a big display. And if you start watching videos, playing games, or using 5G on the Samsung Galaxy Z Flip 3 you’ll struggle to get a day out of the 3,000mAh battery.

If a foldable phone isn’t for you, we’re rounding up all the best mobile phone deals, including more Samsung deals and iPhone sales.