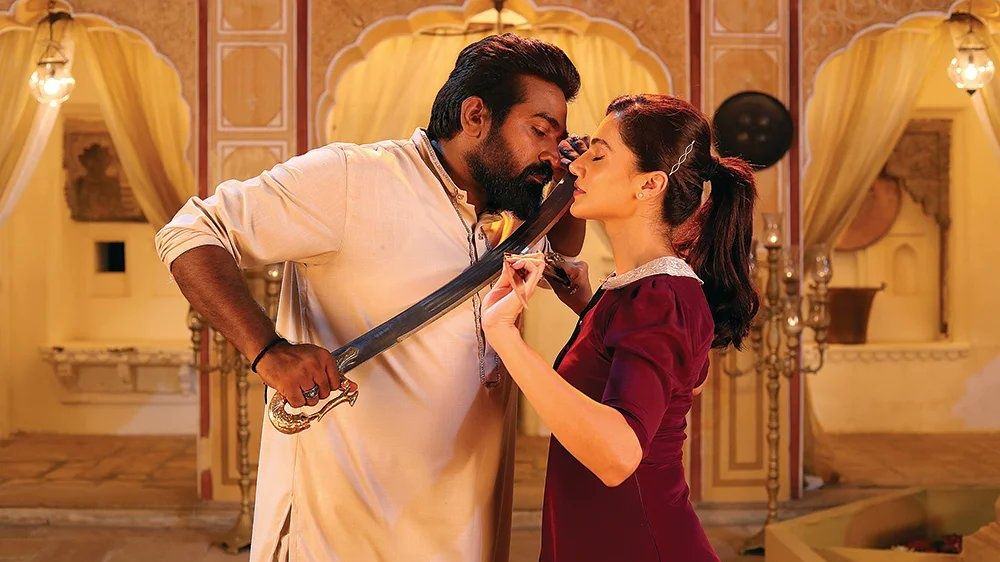 Tamil actor Vijay Sethupathi and actor Taapsee Pannu have been paired in the multi-lingual film Annabelle Sethupathi. And despite the fact that theatres have started opening in the country, the makers have stuck to their plan of premiering it on the OTT platform. The film will be streamed on Disney+ Hotstar from September 17.

Vijay Sethupathi and Taapsee Pannu unveiled the first look of Annabelle Sethupathi on their social media handles and shared the film’s poster along with the caption, “Coz sometimes one life is not enough to see it all. #AnnabelleSethupathy. Streaming in Tamil, Telugu, Hindi, Kannada and Malayalam from September 17 only on @DisneyPlusHS.”

Both Vijay Sethupathi and Taapsee Pannu have won their spurs for boldly attempting unconventional roles, including characters with negative shades.

He has proved his mettle in Tamil films like Super Deluxe, Aandavan Kattalai, Master and Vikram Vedha. She has aced her roles in films like Manmarziyan, Thappad, Tamil movie Aadukalam, Pink, Mulk, Saand Ki Aankh and Haseen Dillruba.

Annabelle Sethupathi (it’s Anabelle Rathour in Hindi) a horror-comedy, featuring both the leads in dual roles.

Disney+ Hotstar, for which India is a big market, had recently announced a slew of shows and movies. Incidentally, Annabelle Sethupathi did not form a part of that list.

The platform is expanding its subscription offerings, and the consumers can choose from three new subscription plans.