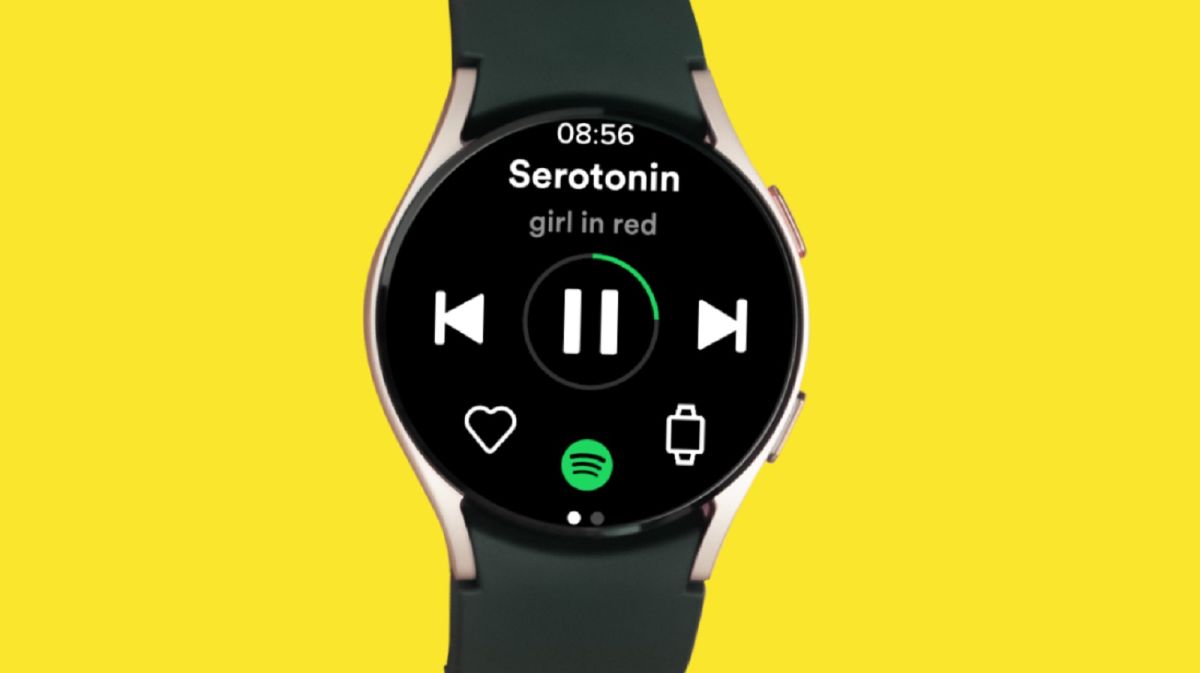 While Spotify has allowed offline listening on smartphones for years – and arrived on Apple Watches earlier this year – it’s finally coming to Wear OS smartwatches in an update coming soon to owners of the Galaxy Watch 4 and other wearables.

Spotify first teased the feature at Google IO 2021 back in May, per What HiFi. The update is rolling out to Spotify’s Wear OS app in the coming weeks, enabling offline music downloading for Premium (e.g. paying) users only – sorry, free tier listeners – but everyone will be able to download podcasts to their smartwatch, according to an official blog post.

Doing so is easy: much like with the smartphone app, while listening to a song or album or playlist or podcast, tap ‘download to watch.’ A green arrow next to their names will pop up, indicating they’re stored locally.

Smartwatches will need to run WearOS 2.0 or newer to take advantage of the new features, and also run the latest Spotify smartphone app on their paired handset.

While more is always better when it comes to specs, we haven’t found too much use for the onboard storage on a smartwatch. Much of it is taken up by the operating system and pre-loaded apps – these occupy half of the Galaxy Watch 4’s 16GB, for instance – and the rest could theoretically be used for apps and music.

But the former don’t take up that much space, and actually getting content downloaded to your smartwatch is often as cumbersome as it was to get songs on an old MP3 players.

It’s far easier to download content wirelessly, as we’ve been able to do on phones for years – but that capability has only recently been added to smartwatches, on a service by service basis and first to Apple Watches (both Tidal and Spotify included the feature in May updates).

That’s why Spotify adding offline downloading for Wear OS watches is such a big deal. Even though it comes months after the feature was added to Apple Watches, it’s still welcome now, especially after Samsung’s new Watch 4 and Watch 4 Classic have hit stands running Wear OS 3 (made in partnership between Google and Samsung). While the rollout is unclear, Spotify named Fossil, Mobvoi, and Suunto as getting the app update in the coming weeks, so keep an eye peeled.