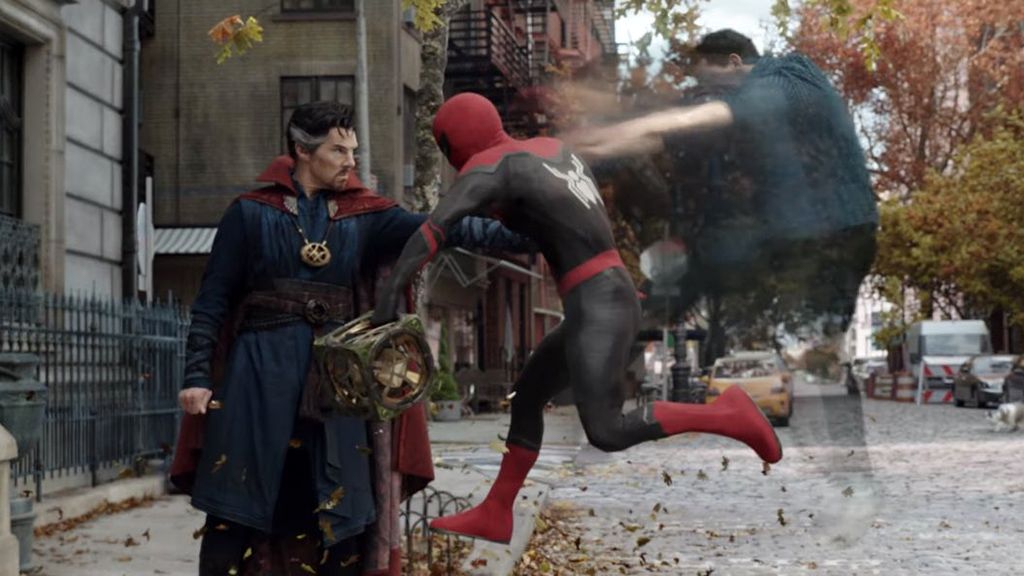 Following a horribly blurry and pixelated trailer leak that spread like wildfire across the internet yesterday, Sony Pictures has finally debuted its hugely anticipated official trailer for Spider-Man: No Way Home at CinemaCon in Las Vegas tonight, and we have it here for your viewing pleasure.

New MCU entries always get people excited, however, fans have been especially rabid about seeing footage from Spider-Man: No Way Home due to the many sensational rumors that have appeared online during the film’s production.

Well, no need for speculation now! You can check out the excellent trailer for Spider-Man: No Way Home below.

Analysis: were the Spider-Man rumors true?

The rumor that has whipped fans into the biggest frenzy, is the one that suggests Tobey Maguire and Andrew Garfield will bring their respective versions of Peter Parker/Spider-Man to the film for a major multiverse event involving Doctor Strange (Benedict Cumberbatch) and Dr. Otto Octavius (Alfred Molina) – both of whom are confirmed to appear.

Well, now that the trailer is here, can confirm that it does not answer the question of Maguire and Garfield’s involvement in the film. However, it does offer insight into how the multiverse will factor into the movie.

As explained in the trailer, Peter Parker’s life was thrown into chaos when he was outed to the world as Spider-Man, which causes him to reach out to Stephen Strange in hopes that he can cast a spell that will make the world forget all about Spidey’s true identity.

Strange agrees, however, the spell brings about serious consequences – namely, the return of the villainous Doc Ock and even the hinted return of the Green Goblin, as evidenced by the inclusion of his familiar cackle and pumpkin bombs.

While there’s no sign of Tobey Maguire’s Spider-Man in the trailer, it’s possible that Sony and Marvel will keep that reveal until the film’s actual release on December 17 in order to achieve the biggest impact.

Of course, this is just speculation at this point, and it may not happen at all. Chances are that we’ll have to wait til the film is out to find out for sure.