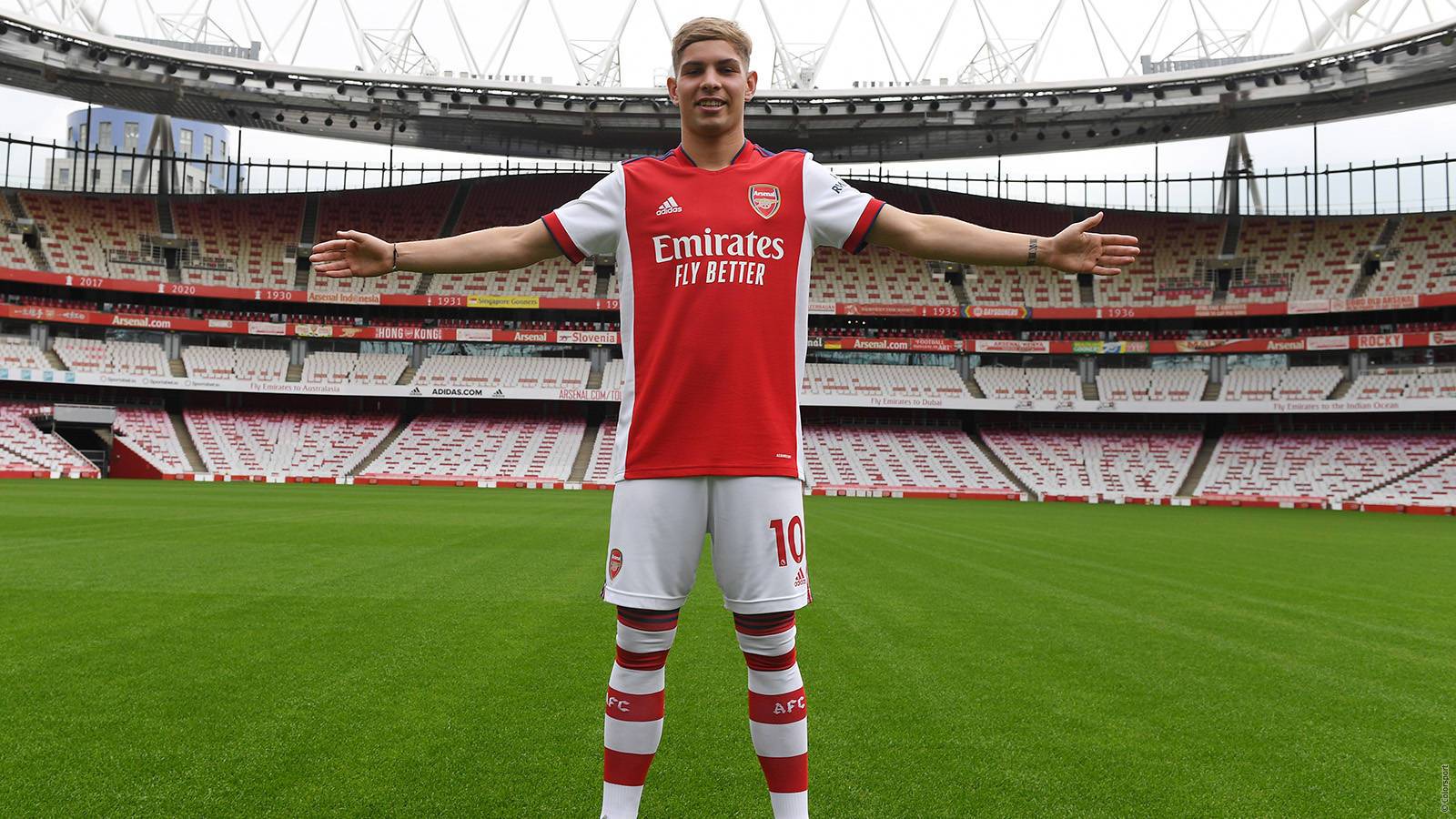 Emile Smith Rowe has signed a new long-term contract with the club.

The attacking midfielder has been with us since the age of nine and progressed through the ranks at our Hale End academy, featuring for all our youth sides during his development with the club.

His development and hard work with our academy colleagues in recent years culminated with his big impact in the first team last season, making 33 appearances across all competitions.

To coincide with his new long-term contract, we can also reveal that Emile will wear our No 10 shirt for the 2021/22 season.

Smith Rowe’s rapid progression to the first team was notable, when he celebrated his 18th birthday with a man-of-the-match performance against Paris Saint-Germain in a pre-season friendly in Singapore. He scored his first senior goal in a 3-0 win away to Qarabag FK in the Europa League in October 2018, and then made his Premier League debut at the age of 19 against Manchester City in December 2019. His first Premier League goal came at home to West Brom in May this year, and a few days later he struck the winner away to Chelsea.

Emile has also gained valuable experience with loan spells in the Bundesliga with RB Leipzig and in the Championship with Huddersfield Town.

Technical director Edu said: “This is another important step forward for us and we’re all delighted that Emile has signed a new long-term contract. It’s great to see another young player develop through our academy system to become a key part of our first team. Emile is a player who represents the future of the club and this is why we have given him the No 10 shirt. We have trust in Emile and we know he has the potential to be a beautiful player for many years to come.”

Mikel Arteta said: “As we all saw last season, Emile is an intelligent player with excellent ability. His sharpness on the turn and exceptional vision have already made him a key player for us. His attitude and willingness to learn have also been very impressive. Huge credit to our team in our academy who have given Emile a great education and have worked superbly to help with his development through the age groups.

“Along with the first-team staff, huge credit also goes to our senior players, who have played such an important role to help Emile develop, gain confidence and perform the way he did last season. I know the fans will join us in being delighted that Emile has committed his future to the club. We’re now looking forward to helping him develop further and seeing him become even more important to the strong young team we’re building.”

Everyone at Arsenal would like to congratulate Emile on his new contract.

The contract extension is subject to the completion of regulatory processes.

Copyright 2021 The Arsenal Football Club plc. Permission to use quotations from this article is granted subject to appropriate credit being given to www.arsenal.com as the source.